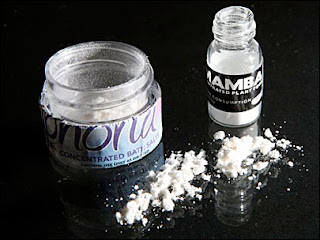 LV Congressman Charlie Dent's testimony to the Health Subcommittee of the U.S. House Committee on Energy & Commerce, delivered at 10 AM today:


“Chairman Pitts, Ranking Member Pallone, members of the subcommittee, thank you for allowing me to testify today on the very important matter of synthetic drugs. I appreciate the committee’s interest in my bill, H.R. 1254, the Synthetic Drug Control Act of 2011.


“The issue of synthetic or designer drugs was first brought to my attention less than a year ago by a constituent whose son had been abusing drugs that went by names like K2 or Spice and acted as legal substitutes for marijuana. These drugs are classified as “synthetic cannabinoids,” artificial drugs which affect the brain in a manner similar to marijuana. However, these drugs can in fact be even more harmful than the substances they simulate, increasing heart rate and blood pressure and producing dangerous psychotic side effects that have led to suicides and accidental deaths.


“Synthetic cannabinoids are just one category of designer drugs. Even more potent substances, such as mephedrone and methylenedioxypyrovalerone (MDPV), often sold as “bath salts” or “plant food,” have properties similar to cocaine, methamphetamine, lysergic acid diethylamide (LSD), and other hard street drugs. These substances are marketed with innocent sounding names, but these labels are total misnomers designed to facilitate their legal sale. These drugs have no legitimate medicinal or industrial purpose, just as actual bath salts have no hallucinogenic properties.


“Shortly after I spoke with my constituent about her son’s experience with synthetic marijuana last year, the number of news reports detailing horrific stories of individuals high on synthetic drugs virtually exploded. A man in Scranton, Pennsylvania stabbed a priest, and another jumped out of a 3-story window, both high on bath salts. Several deaths from West Virginia to Florida have been attributed to overdoses of synthetic drugs. Senator Chuck Grassley of Iowa has introduced a bill, with provisions similar to H.R. 1254, named after one of his young constituents who tragically took his own life while high on synthetic cannabinoids. A man in my district was arrested this past May for firing a gun out of his window in a university neighborhood. Police charges indicate he had injected himself with bath salts, and he later told police he had thought there were people on the roof watching him. Finally, I was approached by another distraught mother from my district whose son was hospitalized for over two weeks after suffering liver failure and other complications after injecting himself with bath salts. These substances pose a substantial risk, both to the physical health of the user, as well as to the safety of the user and those around him when these drugs contribute to dangerous psychotic behavior, suicide, and public endangerment.


“The fact that these synthetic drugs are legal in many states contributes to the misconception that they are safe. Additionally, the use of easily recognizable brand names and logos on the packaging promotes the concept of a consistent product. Americans frequently buy their favorite brand-name consumer products, knowing that the familiar label bears the promise of the same user experience time and again. However, the producers of synthetic drugs do not exercise the kind of quality control that manufacturers of legitimate products employ. One dose of a given “bath salt” drug might be significantly more or less potent than the next, even though the packaging is identical. This has led to recurrent users inadvertently overdosing after receiving a much stronger dosage than they were expecting.


“In order to ensure that these dangerous products are removed from retail outlets and their production and sale banned in the United States, I introduced H.R. 1254, the Synthetic Drug Control Act of 2011. This legislation, which was drafted in close consultation with federal law enforcement, has three principle components: prohibition of synthetic cannabinoids; prohibition of other designer drugs such as bath salts; and enhancement of the Drug Enforcement Agency’s (DEA) existing authority to take dangerous new substances off the street.


“One of the major difficulties in combating these designer drugs is the ability of the producers to use different variations of a chemical to skirt the law. By modifying the formula in some minor way, producers can generate a new compound which circumvents legal prohibitions but has similar narcotic effects. This legislation addresses broad structural classes of synthetic cannabinoids in an effort to form as comprehensive a ban as possible. It also targets some of the most popular designer drugs listed on the DEA’s list of “drugs and chemicals of concern.”


“Finally, H.R. 1254 enhances the DEA’s ability to impose a temporary ban on new drugs. Under current law, the Administrator of the DEA may place any compound into the appropriate schedule of the Controlled Substances Act for up to 18 months. In order to make the ban permanent, DEA and the Department of Health and Human Services (HHS) must prove that the drug is both harmful and lacking in legitimate medicinal or industrial value. If this cannot be demonstrated in time, the ban expires and the substance is removed from the temporary schedule, thus complicating any pending trials involving the drugs in question. For this reason, the DEA has historically been hesitant to use its emergency scheduling authority. H.R. 1254 would simply double the amount of time DEA and HHS have to make their case against a drug, giving them a maximum of three years to make their findings. Because synthetic drugs are usually produced in Southeast Asia and make their initial appearance in Europe before arriving in the United States, American law enforcement is usually aware of which designer drugs are about to hit domestic markets before they arrive. This extended timeframe will better allow DEA to use its temporary scheduling authority to block new drugs from ever being sold in the United States commercially.


“I am proud to say that Pennsylvania recently joined the growing list of states that have enacted bans on many forms of synthetic drugs. This is a good start, but these drugs can still be easily obtained by crossing state lines or, increasingly, ordering them over the Internet. Synthetic drugs are a national problem, as the subcommittee has shown by including them in this discussion on bioterrorism, controlled substances, and public health. A national solution is required in order to prevent further injury and loss of life. I encourage the subcommittee to take up this legislation and report it to the full committee as soon as possible.”
Posted by Bernie O'Hare at 7/21/2011 01:30:00 PM

Legalize Marajuana and these types of drugs will have no purpose. Look at the root cause for once. Even Christy is ok with NJ medical usage now.

This savia shit is worse than marajuana.

I guess the wars are over and the economy is fixed. Otherwise, working such issues is perfectly assholish waste of time. Congrats to Charlie for all his work ending the wars and fixing the economy. What a waste of human skin.

spoken like a true stupid ass dem union puke. probably a teacher who wants to expand his drug selling to 9 year old's. your skin isn't even human - more like a preying disfigured animal only lusting over your own greed

Why everyone pretends they care for the world even though they do not....well it's worth a try Charlie..but the truth is you don't care what the drug does or can can do...you simply care for your reputation and making people miserable!!

Charlie supports Planned Parenthood, who have taken donations targeted for abortion services in minority neighborhoods (where an inordinate percentage of their clinics are located). This is a herd-thinning strategy that attempt to head off problems likes druggies before they are born. Charlie cares.

May the Good Lord bless Charlie and his war on drugs.