What the Hell is Going on in Berks County? 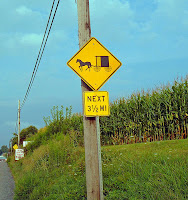 One blog is not enough for John Morgan. In addition to Pennsylvania Progressive, he also owns Berks Democrats. The latter blog, which focuses on county government, is one of my faves. But it's beginning to scare the hell out of me.

Northampton County has a well-deserved reputation as the most dysfunctional county government within a 1,000 mile radius. Now Berks County is mounting a serious threat. Get a load of these comments about different row offices.
1. Domestic Violence. - Essentially the protection from abuse office is set up totally for the convenience of the employees and judges, not those seeking help. Their goal seems to be to make the process as difficult as possible. This entire direction is wrong and misguided. Their sole purpose is helping those who feel they are being threatened and in danger. It isn't working in this case and something is fatally flawed, maybe literally.

2. Prothonotary's Office. - They are also charged with sending notifications of hearings, dismissals, etc., handling all the civil court's communications with the parties to lawsuits. Unfortunately this office cannot seem to do any of this. I've been there several times requesting to examine public records and been refused. I've seen them mail legal papers requiring a thirty day response halfway through that period. Many other times they NEVER get the paperwork sent. Trying to get anything done through this office is enough to challenge any one's patience. They are thoroughly incompetent. If Marianne Sutton spent half the time managing her people instead of decorating things might improve. Maybe not.

3. Family Court. - The family court system in Berks County is broken and scandalous and the Prothonotary's office is also part of the problem. Litigants aren't being notified of hearings (a common problem), transcripts aren't being made available and paperwork continues being delayed. These have all been persistent problems in this office.

4. Sheriff. - Sheriff Barry Jozwiak, who opposes all gun control legislation, used a list of county gun owners to send campaign fundraising letters. After being sued, he posted the names of all 25,000 gun owners on his county website. With ALL of their personal information.

5. Recorder of Deeds. - The recorder's staff would find insignificant or nonexistent errors on documents and refuse to accept them in order to screw the companies she didn't like (those that weren't renting space from her.)
John has been fearlessly reporting every detail. I hope he's current on his life insurance premiums.
Posted by Bernie O'Hare at 5/07/2007 12:00:00 AM

The common thread among all those offices? They are run by Republicans. I'm not bashing all Republicans, we have several Republicans running County government departments doing very good work.

We also have our share of Democratic corruption as detailed in today's article.

One-party rule, whether Republican, Democratic or Communist, tends to be corrupt.

The fault lies not with the party, but with their stranglehold on government.

I'm not that interested in what Democrats have to say about Berks County government (especially row offices, which both parties use for partisan purposes), but did Mr. Morgan mention in any of his postings that the Berks County Board of Commissioners is controlled by the Democrats and has been for the past four years? Control of the commissioners' board has the biggest impact on taxpayers, not who records deeds or files court documents.

I'm sorry, but I'm more concerned with government protecting people from domestic violence than in what the tax rate is. But considering that the GOP is convinced that gov't can't solve any problems, I'm not surprised that they are contributing to the problem of ineffective gov't in Berks. In order to have effective gov't, you have to first have people who think that gov't can be effective. Also, you may not worry about that deed filing now, but you certainly don't want to be on the short end of a misfiled deed in the future.

And I would be concerned about what Democrats have to say about county gov't in your neck of the woods. Considering the Dem rule of Board of Commissioners, it looks like voters do too. What's sad is that the Board can't really do much to force the row offices to become more effective (unless your charter allows for it). But I'm guessing the GOP likes it that way.

1) Berks is not a charter form of government.

2) I don't believe John Morgan (Pa Pro) is blaming any one party. I think that's my attempt at over-simplification.

4) Tony, I'm sorry to hear a news columnist say he's "not that interested in what Democrats have to say about Berks County government." I would think you'd be interested in what everyone has to say, regardless of political affiliation. Perhaps I misunderstood you.

It doesn't really matter what political party holds which office, corruption is corruption. Voters keep choosing idiots to work for them, PERIOD. No party has a corner on stupidity and sloth. As long as voters keep electing the Perzel's and Santoni's of the world, we have no one to blame but ourselves. Maybe it is time that we stopped hurling invectives at one another and worked to a common goal, kicking all their sorry asses out.- CC

Row offices in many counties are little fiefdoms, and a charter form of government does not always ensure a different situation. Lehigh county's row officers are all still elected, and the majority of them are lucky if they have 3 digit IQ's.

The fear that we would take that power of election from the people is why the new clerk of judicial records will still be elected, not appointed as initially proposed. Cunningham refused to support the appointed position. Chances are good that we will have one of the two sitting row officers as the new clerk of records, with all the same inadequacies.

So you propose to take the politics away from the people and placer it somewhere else? That's not an answer.

I've been thinking about this for some time because I do search titles and come into contact with row offices daily. Most of the ones I've seen, in both NC and LC, are very well run.

A few years back, the LC Recorder of Deeds napped regularly onm thje job, and the people replaced her with one who does not. She has been effective, and so has her counterpart in the civil divisdion. That's why this whole idea of consolidating them into a superclerk struck me as absurd.

If you want to professionalize those offices, then do so. Imp;ose a requirewment that a recorder or clerk of civil division have a degree in library sciences. But consolidating the posts do not make them professional. Nor does an appointment.

Thanks for your insight. I have to gop check now and see if I have a triple digit IQ.