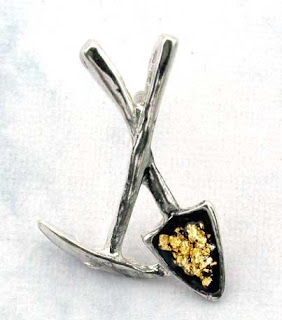 If you want to see who works and who doesn't on Northampton County Council, look no further than their committees. That's where the grunt work gets done. Although Council has eight standing committees, the most active by far are the personnel and finance committees, chaired by Ann McHale and Ron Angle.

Council's standing committees conducted twenty-seven meetings last year. Every member of council is encouraged to participate in every committee. So it's a pretty accurate gauge of the time and effort each councilperson devotes to government service. The committees that meet are also a good indication of what council members think are important.

The Intergovernmental (Branco), Judicial (McClure) and Economic Development Committees met just twice. Branco squandered an opportunity to promote regionalism with local municipalities. McClure used his committee as a political tool to bash Controller Schimmel and scream about the importance of a child exploitation unit. Dowd failed to deal with the financially troubled Bachman Publik House, leaving the entire council to deal with it twice during full meetings.

One committee failed to meet at all. Rev. Mike Dowd's Operations and Administration committee might have been helpful in addressing some of the overruns associated with the courthouse expansion, or the windows at Gracedale.

Council member John Cusick attended 20 committee meetings last year, making him the hardest working and most dedicated council member in 2007. Nipping at his heels, with 19 meetings to her credit, is VP Diane Neiper. Both Cusick and Neiper are finishing their second year on council, and their attendance record reflects dedication. They are far ahead of their colleagues.

Five other council members - Wayne Grube, Ron Angle, Ann McHale, Tony Branco & Charles Dertinger - all have solid committee attendance records this year, ranging between a low of 9 for Dertinger and a high of 12 for McHale.

Rev. J. Michael Dowd attended just six meetings in 2007, very disappointing from a former council president. At the bottom of the heap is Lamont McClure, who was so busy taping robo calls he only attended five committee meetings. His inattention to detail might explain why a candidate who spent no money very nearly beat him. In last year's survey, McClure was dead last, too.

I have been told part of Queen Ann's strategy is use the Personnel Committee as her way to be the caring, compassionate Exec. candidate with the employee's. Who knows what these folks are up to, after nailing employee's on healthcare nobody cares.

Mrs. McHale is well-respected by County employees. She has a very good relationship with AFSCME - the labor union that represents most Northampton County employees. If she runs, she will be hands down the favorite of the people who serve in county government.

Because of her imperious nature and her "nice guys finish last" shot at John Stoffa, I'm still quite angry with her. But I've always respected her work ethic. It's ironic that the one time she misses a hearing, the ET decides to blast the missing council members with a turkey. I think she'd have that work ethic whether she was running for exzec or not.

As far as seeking a countywide office is concerned, she has to ask herself three questions. 1) Does she really want to run against Stoffa? He is a much needed voice for good government. He may not have the union support he had the last time, but he's got everyone else. 2) If Stoffa decides not to run and Grucela steps to the plate, does she want to take him on? Grucela is very popular and a very smooth operator. I think he beats her. 3) Why would anyone in their right mind want to be county exec? It's a thankless job.

Anonn 9:13
Maybe if you are a negotiator that gave away the store on Healthcare. Or if you are even an employee. Stoffa is in trouble with employee because he lied. Grucella wants to retire as County Exec.
They will run Bernie for the same reason Stoffa ran, ego. Before you start the Stoffanista propaganda machine let me agree he would be tough to beat.
1. He has the papers, he's their guy and they gave him a pass and without a story on this little thing or that, most people don't care. 2. A marginalized Council, see 1 above, when the paper loves the Exec. they bash Council or visa versa depending on who they are for. 3. A neutered Angle, when RA is hammering on someone all the time, it starts to have an effect. Finally, a sympathetic blog community that loves the guy. What the hell can you run on? or against? It's an off year election and no turnout. No issue no win.
But if McHale or Grucella want to be Exec. they should run, not running shows fear and a lack of fire in the belly. No excuses, timing is everything.
I wish Peg Ferraro would run she would beat all of the above and I believe even Stoffa.

Peg Ferraro would be the return of Brackbill...privatized 911, huge take hikes and generally government by retired teachers....makes even stoffa look like a leader. She is a follower always was always will be...

Anne McHale's conflicted interest fellow Country club perspective on health insurance is proof she is too dumb to be executive.

If Ann runs, she beats Stoffa fairly easily. She beats Grucela as well, but close. Against both, she wins her District Bethlehem, Hellertown and Hanover fairly substantially. She has a harder time with Grucela because he is going to do run up very big Slate Belt numbers and he will do well in Palmer. She still wins - close but she still wins. Now she can be beat. She's raised property taxes 70% and she voted for the $111 megabond. But Stoffa won't have the money to tell the story, and Grucela won't running a negative primary campaign.

Anon 9:13--u just made my day. I forgot ms. independence mchale who acts like a "fiscal conservative" raised my taxes 70%. Any opponent with a half a brain will use that. And crush her in a general election.

A Republican who is smart and not anti-bethlehem area could win. So could a smart pro-bethlehem Democrat not dumb enough to have voted to send cronies the health care contract and RAISE taxes --70% Can u say JANE ERVIN REDUX

Alas, if the current Executive runs, Ann will not. She won't fight him for it, eventhough, the Nomination would be hers. The R's seem to be happy with the Administration and I doubt whether you will even mount a serious challenge.

Last time I checked, I was a Dem. I'm just not a machine Dem. If McHale faces either Stoffa or Grucela, she loses. In a three-way, I think Stoffa has the edge. If Grucela challenges Stoffa head to head, John loses. I will support Stoffa in any event.

As far as Rs go, there are a number of possible challengers. Nyce must be sick of Severson by now. Cusick is very ambitious. Peg could decide to give it a go again. That will be a good post in jANUARY.

If the Exec. runs, neither McHale or Grucela will run against him. The Republicans won't make a serious bid against him because he has built up a lot of good will with them. Specifically, he just campaigned for Angle in his council race - making phone calls in support of Ron. His two top guys are R's (Conklin & Mazzioti). If Stoffa avoids a serious Primary, or wins a not so serious one, he will be re-elected. Neither Cusick or Ferraro would even consider running against John. I suspect you know that. I think Nyce has had enough - of elective politics.

Stoffa spent some time making calls for Ron bc of all the robo calls that were being directed againt Angle. Before that started happening, Stoffa tried to remain neutral. If you want to thank someone for Stoffa's decision to help Angle, thank Severson and Joe Long.

Stoffa is so apolitical he never even knew that Conklin was an R until after a reporter told him. And Conklin is so detached from politics that I sometimes wonder whether he knows that himself. He is completely different than Hickey, but just as effective in a different kind of way. He does not throw me off the roof.

You've discounted the three names I mention on the R side, and you may very well be right, but I sure as hell don't know that. In politics, people can do some strange things. I wouldn't be in the slightest bit surprised if any of them decided to run. I could even see Angle mounting a challenge, although I think that is the least likely possibility.

Let's not forget something here. Stoffa has his differences wioth Joe Long types, but is very much a liberal Democrat. He will push that health department, for example, bc that is consistent w/ a liberal philosophy. McClure voted against it. Does that make him an R?

McHale told me several years ago that she would not run against Stoffa, and a few months after that, I heard she was running. You can't take them at their word on these matters. I don't mean to suggest they are dishonest, but they can easily change their minds. If Boscola comes in and starts blowing smoke under McHale and promising all kinds of money and a few judges let it be known they want her in office, she may very well run. The same is true for Grucela.

It's still pretty much an open field. Stoffa is keeping his own counsel on re-election, but I think he's going to run. Once the personnel study is complete and the workforce sees his intentions have been honorable, he may have their votes. But even without them, he'll be formidable. He does have the papers. He does have the blogosphere. People on the street know who he is and respect and admire him as a man of integrity. You may claim that's not true, but that's how he is perceived. I will work very hard for him should he decide to run. I'll make no bones about it. And the blogosphere is getting more influential when it comes to local elections bc the papers don't have the time or space for the details they get here. For two weeks before every election, this place has exploded.

I believe Rich Grucela, if he decides to run, will still beat Stoffa bc he is so experienced and will run the right kind of campaign - positive. But my first choice is Stoffa.

Heckman would be a major improvement over the current executive and far better than the Judge toadies McHale AND Grucela. He did their bidding back on Council.

And Heckman never voted to raise taxes by obscene amounts