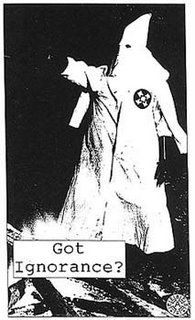 Right now TV stations are crawling all over Northampton County courthouse, looking for Judge Moran. Both The Express Times and Morning Call today report he's in a jam over remarks he calls "inarticulate." They might also be racist. He certainly suggested that a juvenile was being "given a break" simply because he is white. Sounds like a bigot to me.

Both Moran and President Judge Freedberg need to apologize immediately and sincerely for Moran's latest diatribe, which undermines our criminal justice system. Moran's behavior has become increasingly unbalanced. That's OK for a blogger but it's not a good sign in a judge. Two weeks ago, he had a temper tantrum in the courthouse rotunda when County Exec Stoffa quietly suggested the county's historic Liberty Bell be placed there. Members of the public were confronted, upon entering the courthouse, by a screaming judge. A few months before that, Moran was forced to apologize over another hissy fit at a social meeting with lawyers, where he started rambling about being a Vietnam War vet and knowing danger when he sees it.

Frankly, Northampton County judges are out of control. Last week, I told you that they've rung up at least $3 million in cost overruns for the courthouse expansion. The person behind these overruns? Their very own court administrator, who has pocketed $59,000 from a real estate deal right across the street. The final product? A total disaster that pampers judges like Moran at the expense of employees and the public.

If Moran refuses to apologize, then he should just exchange his black robe for a white one with a matching hood and get it over with.

Update: Moran Has a Defender But Still Apologizes!

Northampton County Councilman/shockjock/entrepreneur Ron Angle came to Judge Moran's defense today. On his WGPA 1100 AM radio program this morning, he insisted the good judge had done nothing wrong. He apparently also gave several hundred TV interviews exonerating Moran. Of course, Angle was himself tarred and feathered a few years ago for making racist and anti-Semitic remarks on a radio program.

Moran issued a statement today apologizing for his offensive remarks. Perhaps something like this would not happen if one, just one, of Northampton County's eight judges, two senior judges and fifteen district magistrates, were black. Just a thought.
Posted by Bernie O'Hare at 8/23/2006 01:15:00 PM

Well, Mr O'hare how dare the judge state the obvious, that a white Juvenile defendant might be getting preferential treatment, compare to "non-white" defendants.
So he's out of control, and maybe he is nuts, Vietnam did that to a lot of young men. That's no reason to accuse him of hosting "Klan Bakes" where they have hors d'oevres while burning crosses. Only in Easton.
Perhaps Onembo will want a separate cookout area for the judges too. Maybe there's a property nearby he can snatch up and rehab when he's not working his 17 taxpayer financed jobs.

DemFly, What could I be thinking? He only made the remarks right from the frickin' bench. I'll pass your suggestion along to Court Administrator Onembo. He's always looking for a few quick bucks.

while i agree Moran might be unbalanced, i didn't read the remarks as an endorsement of racism. rather, they were simply an observation of a dirty little secret of our justice system-white guys get more breaks than minorities.

To Anon, You are, of course, right. That may be generally so. But Moran made that remark from the bench and certainly gave credence to the suggestion that he himself might consider race himself. There is also an insinuation that he thought prosecutions were racially motivated, which I'm sure was deeply offensive to DA Morganelli.

If he himself is unbiased and doesn't think the DA is biased, then he should have said nothing on the subject at all.

Having opened his mouth, he proves that he is either racist or has some troubling issues.

That place is a mess!

I can't believe they stuck the Register of Wills in a bathroom.

AS soon as Angle spoke about it, the judge knew to do the opposite. That's funny. When Angle agrees with you, it's time to re-evaluate your position.

I know you like him Bernie, but most people look at Angle in that light.

LVDem, I do like Ron very much but we do have glaring differences. I could never buy into his explanation about what happened on WGPA, although he's now managed to convince at least himself that all he was doing was defending the First Amendement. I don't even agree w/ him on some county issues, although that is usually where he and I have a lot in common. We are on the opposite ends of the universe when it comes to either state or national politics. But I do really like him. He is quite charming, and I ma awed by how fast he is on his feet. And when he gets on a roll, he is a more effective cross-examiner than any lawyer I've ever seen, with the possible exception of my dad. And despite his poor grammar and lack of education, he's one of the most brilliant guys I've ever encountered.

Now that Charles Dertinger is on Council, I wanted to see the interplay between the two. I figured Angle would kill him, but Dertinger is no slouch. He holds his own very well, I must say. It's a very good balance.

With Ron, there's no in between.. You either love him or you hate him. I do love the guy. I know he's flawed, but all of us are flawed.

But it is hilarious that Moran would change his tune after Ron starts defending him.

To Anon 5:13, Yes, the Register of Wills was placed in a mens's room. Of course, they did remove the plumbing before sticking here there, but it's sad to see her and her staff, the nicest ladies in the courthouse, mistreated this way. Thanks for your comment.

I don't agree with you Bernie it wasn't a racial slur, it was a fact. But at the same time he is the judge and can impose sentences as he sees fit. So if he wasn't happy with the sentence then he was the one who had the power to do something about it.

Having a illness myself, it sounds like to me that he may need some meds or maybe he's just tired and wants to get disability... stress will do that to you.

I like Angle too, he is old school common sense and no tact and makes no excuses for it.

LSTresidentPIA, You don't have to agree with me. I may not be right. But I'm glad to know how you feel. I think it was both factual and a racial slur. Anyone who studies these statistics knows that a disproportionate number of blacks are behind bars. But what Moran suggested was that this was because of their race. Although he denied he would do that, he was making the comment and from the bench. So it was very questionable. He also managed to snare the DA into all this. It was the wrong thing to say because it is tinged w/ racism and definitely undermines the entire judicial system.

As far as Moran's other actions are concerned, they are definitely erratic. This is not an isolated incident. Temper tantrums and constant tardiness have become the norm. I question his judicial temperment more than anything else.

I would remove the "shockjock" since angle is no Howard Stern, and replace it with "Right wing crack pot"

Please let's not allow the real racist, Esther Lee, to get off the hook.

In 40 short years we have gone from one extreme to the other.

Is there not one who will confirm the virulence of Esther Lee who would love to witness a "civil war" because of Judge Moran's 'indiscretion'?

Mr. Moshki, I agree with your assessment regarding Esther Lee. She regularly makes sweeping statements like "a black person should not be in Nazareth after dark." Nazareth is my town, bippy, and I didn't care for that remark at all.

She's also referred to as the Bethlehem Prez of the NAACP. Interesting. No phone number for that outfit. No reference to it in the national NAACP web site, either. And she's done nothing to help young blacks with educational and vocational opportunities. If she did, there would at least be a telephone listing, don't you think?

The one thing we can also do is, if Moran is a Vietnam vet, thank him for serving. He could have dodged as Rendell did, e.g.