Did Northampton County Judge Try to Alter Remark That Juvenile Was Getting Break Because of His Race? 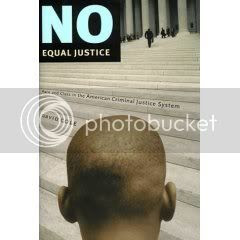 Last week, the Express Times published a verbatim transcript of Judge Moran's comments, during a court proceeding, in which he in effect told a young man he was getting a break because he is white. In the ensuing firestorm, Moran acknowledges he "might" have been "inarticulate." After that, both The Express Times and Morning Call published identical op-eds from the judge that are just as "inarticulate." In this epistle, Moran brags about giving speeches and claims to have been a mentor to Hispanic children.

Really? How about being a mentor to a black or Hispanic lawyer, judge?
Although he's been on the bench since 1987, Moran has yet to hire a single black or Hispanic tipstaff or clerk. In fact, the only black lawyers I know in Northampton County government have been hired by the DA's office.

And now the pity party is starting. Although The Express Times courageously condemned Moran's remarks for undermining public confidence in the judicial system, others are rushing to his defense. Lawyers who regularly practice before Moran (and depend on his good graces) are lining up, with letter after letter, to tell us he's a swell guy. And I have been accused of "smearing" a judge who unnecessarily indicted the entire judicial system in the context of a single judicial proceeding.

Before we all start sobbing about poor misunderstood Judge Moran, I have a question - what did he really say? There may be three different versions. The Express Times has the original transcript, but "inarticulate" Moran took it upon himself to change some of the wording in the original transcript to water down his original comments and change their tenor. Now a judge can change spelling and correct grammar, but changing the substance of a transcript is prohibited. As powerful as they may be, judges have no authority to rewrite the record. So in addition to making a terribly stupid and offensive statement, Moran may have tried to cover it up. I don't know about you, but I think that's worse than the original offense.

Late Friday, I tried to get my dirty little hands on the filed transcript, but no one seems to know where it is or if I can have it. Maybe judges have magic wands that can make these things disappear. I'll try and find it today and let you know tomorrow. It's at times like this that I wish I were a reporter instead of some cranky old title searcher trailing toilet paper from my shoes.

I'll check in tomorrow unless someone waves a magic wand and I disappear. I'll also let you in on some disturbing details in Moran's bizarre judicial conduct, something that needs to be addressed before someone gets hurt.
Posted by Bernie O'Hare at 8/28/2006 01:02:00 AM

Don't we all try to cover are tracks when we've made a mistake? Human nature.

To LSTresidentPIA, I believe that's exactly what happened.

To err is human
To Forgive divine
To put one's foot in their mouth..
well that's human too.
I'm just bothered by the lawyers who appear before him sucking up to him and singing his praises.
It smells of trying to influence proceedings in the court, with questionable ethics outside it,
but that is just my opinion.

Chris, So far, there are letters from 5 different lawyers in the Express Times, ALL who appear regularly before Moran. I have to wonder whether this little letter writing campaign is an orchestrated attempt at damage control.

I am also VERY concerned that Moran may have altered his original statement for the official record in this matter. That's another attempt at damage control, too, but that allegation really bothers me. I've heard reports about this from several people, but I have not seen it yet. I believe these sources or I would not be saying anything right now.

Chris, What I also find interesting is that no judge has tried to defend Moran.

Perhaps those judges realize that fools rush in...
or perhaps actually came to the conclusion that it's better to keep quiet and be thought stupid, than to open one's mouth and remove all doubt.

Chris, I removed all doubt a long time ago.

Knocking Judge Moran for not hiring on the basis of race is a reach.

in fact, it's a non-sequiter.

To r.moshki, The fact that someone has never hired a black or Hispanic clerk or tipstaff does not, by itself, mean anything. I agree. But when someone beats his breast and claims to be giving speeches and mentoring, I think it's a fair question.

He based his decision on psychiatric examinations of Anna Mae when she had only 20% of her hearing capacity.

Judge Moran and Senior Judge James Hogan, the county's motions judge, denied Anna Mae a continuance beyond February, allowing her the opportunity of consulting a hearing specialist and of being outfitted with a hearing-aid prosthetic.

Judge Ed Smith was also involved in Anna Mae's case, though Givens doesn't know the exact nature or the extent of that involvement.

In fact, Newton that fateful day, like Judge Moran, was "inarticulate."

Easton Attorney Theresa Hogan Esq. may have been involved in the transfer of the power of attorney (POA) from Anna Mae's niece to Attorney Glazier.

Attorney Hogan had on accason acted as Anna Mae's lawyer.

As a candidate for public office, Givens had become concerned about the mushrooming assisted-living facilities in the so-called Lehigh Valley, like the one in remote Bushkill Township where Anna Mae is confined.

Givens was also concerned about the wasting of senior citizens' estates: Anna Mae has lost her social security, pension, and stock-dividend funds, her automobile, and even her house at 574 Bangor Road, Plainfied Township, that was auctioned off.

Most of all, Anna Mae has lost her freedom.

Finally, Givens was concerned because he knows that the trend today in elder-care by caregivers is to provide that care in the elderly person's home.

Point granted re. the posturing about race by Moran.

Oh that was Billy for sure! His style is unmistakable and inimitable.

And didn't we know that Paul Carpenter, professional irritant, would come to the aid of Judge Moran?

Comparing illegal aliens to Italian-American citizens in Hazleton was another of Paul's recent gems. The guy gets paid to do one thing, annoy and anger people.

I annoy and anger people, too. But I don't get paid and don't have to try.

Judge Moran ruled on my case today without even letting me speak. He let the other attorney speak and then made his ruling. He should be disbarred as far as I am concerned. It is interesting to see all the problems he has caused. I am not surprised he is a racist. This makes me want to move out of Northampton County.

Northampton County is corrupt. That corruption begins with Judge Moran. I am contacting the bar association and asking they investigate this matter.

Yes....this man ruined my life ....on the day back.in 2001.... agreeing with Mike Hudak of bethlehem township at the time of shutting Majestic Wildlife Center down. He put me and others in a state of shock...he took away my lively hood...what I was meant to do in my life to help Wildlife out...along with head of Majestic wildlife Center...Debbie and John Lorah.... its been about 15 years now...but everyday it haunts me....what this judge did was cruel....inhumane.,.and has no mercy for Wildlife.
I was all set to live my dream..and then Debbie Lorahs Center... Majestic Wildlife ...got shut down for arrogant people with a thumb up there ass.... I was twelve at the time..now I am 30... they need to get this judge out...he basically tore a 12 years old heart out and threw it on the floor....then everything went to hell for me,,..the center is what kept me going to stay put of trouble...shame on William F. Monar...along with Mike Hudak....please help me spread the word....thank u...any feedback from anyone...u can contact me at purplebutterflies191@gmail.com....

I am glad to see other people against Judge William F. Moran.....he was on a case against the continuance of wether to leave Majestic Wildlife Center in progress or to shut it down,,..along woth the complainted Mike Hudak. Well I would just.like to say when his decision came out back in 2001 to shut the center down,,,, I was 12at the time....I am now 30 years old,,,,what he did was heartless,..cold,.,and had no respect on our opinions about the center....we were simply helping Wild animals out to then release them back into the wild,..what he did toe that day after decidong to shut the center down .,..he ripped a lottle girls heart out ...my heart...it kept me out of trouble ...he got in my private life of what therapy I needed to live right...along with Debbie and John Lorah ....we fought so hard for this ..,. 15 years later this still haunts me.... I am glad other people see him for the ignorant...heartless person he is along with Mike Hudak who was currently living in bethlehem township who made a big stink out of this....rat that he is ....any feedback u can email at purplebutterflies191@gmail.com.,,thank you

Interesting? failed to publish my blog - did not meet your narrative I guess - lol