PSU is Number 2, But Tries Harder 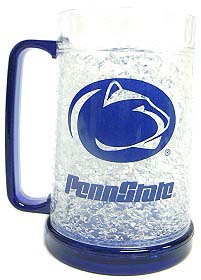 According to Princeton Review's latest report, Penn State is now the second best party school in the country, losing the national title to the Texas Longhorns. I don't think PSU was even in the top ten until my son started attending grad school there.

There's also a list for the top ten "stone cold sobers." These include places like Brigham Young and College of the Ozarks. I think they spend their weekends watching Deliverance, buying rubber underwear and deciding how many wives they can afford.

Seriously, if you had to choose between the Ozarks and State College, would you even hesitate?

Frankly, these Princeton Review reports are absurd. These are the same chuckleheads whose fancy computers could not read the apostrophe in O'Hare. As a result, my LSAT scores were never forwarded to a law school and I ended up waiting a year before making my law school debut. I should have sued them, but didn't know any good lawyers.
Posted by Bernie O'Hare at 8/22/2006 12:01:00 AM

Cue the banjo music, lets head out to the still. I don't see "Brewin' Injun juice 101" on the Penn State course schedule!

My favorite college is the University of Southern North Dakota.

I love your son Bernie. He is my friend. My name is Matthew. I was at a WXW wretling show with you once a few years back. I hate Penn State, but love Bernie. Great site, I enjoy reading. Keep up the good work.

Matthew, I remember you. You love my son? Now I know why you always wanted me to take you see these men in tights rolling all over the floor. I have to confess I alkways had a thing for Mr. Ooh La La myself, even though he was French. To this day, I still don't know why he wouldn't answer me when I started speaking to him in French. Maybe he was shy.