The Lehigh Valley's One Man Protestor - "Beats an Uzi!" 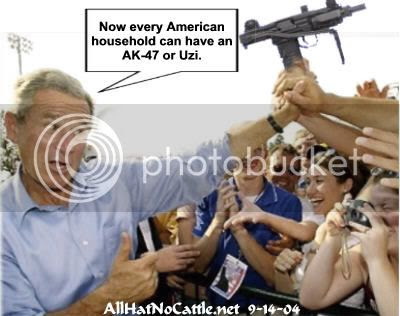 I saw one of my buddies yesterday. Actually, I saw his car first. It's a beat up little compact decorated by several thousand bumper stickers. It's been that way for years. If you peel one off, the damn thing might fall apart. He's selling it, by the way.

His name is Bernie Berg. Remember him? He ran for Congress several years ago. His slogan? "Berg for Congress - the Lesser Evil." He got about 23 votes. Yesterday, the Lesser Evil was positioned strategically at the corner of 13th and Northampton during rush hour in Easton, a one-man demonstrator.
Clad in colorful Bermuda shorts and Pirates baseball cap, Bernie was having a hell of a time! His sign accused Exxon of war crimes or something. Whether horns signaled approval or derision, Bernie would respond with his clenched fist salute and a great smile.

Bernie Berg was one of my co-plaintiffs in several lawsuits against Northampton County, so I gave him a call. I've been feeling kind of blue and he always cheers me up. But as much as I enjoy talking with Bernie, I like his answering machine much more. It's always a treat. Yesterday, I got lucky. Bernie's answering machine message started off in Spanish and then informed me I had reached "Camp Bernardo," located in the "belly of the beast." Sometimes he also has different bird calls.

When Bernie called back, he told me he's been doing these one man protests for some time now. You may have seen him yourself because he's all over the place. One day, he'll pop up in Allentown. Next day could be Bethlehem. When I asked him why, he told me he's so frustrated by our government and Iraq that he has to do something. "Sure beats pulling out an Uzi." The Lesser Evil says things like that. Many years ago, he was actually a priest in New Orleans who had trouble preaching the party line.

"The tide is turning." That's another thing Bernie told me. If he tried his one-man demonstration in 2001, he believes someone would "yank my head off." These days, he's getting a lot of thumbs up instead.

I'm going to presume on our mutual friendship with another Bernie, Bernie Berg, and make a comment not precisely to the point of your today's post about Bernie - a practice for which other Valley bloggers, you included, and commenters have in the recent past taken me sorely to task.

But I am upset about an article I read in today's edition of The Express-Times, and I'm anxious to get the story disseminated to as many media outlets as possible.

The Ashley Development Corporation of Lou "Hannibal Lecter" Pektor is requesting Tax Incentive Financing, or TIF, for his proposed redevelopment of the Dixie Cup complex in Wilson Borough.

Ironically, this project is located in the immediate area of another TIF project, the Palmer Towne Center, the subject of explosive controversy in Northampton County Council chambers.

That explosion, erupting in council chambers, quickly spread to the county administration's Department of Community and Economic Development across the hall.

That's where I went when I stormed out of council chambers, demanding that DCED Director Drew Lewis and John Kingsley of his department follow and show me the documentation for the Palmer Towne Center TIF, requested by the shopping mall's developer, Easton LLC and principal partner Kaare Birkland.

I was followed into the DCED offices by Lewis and Kingsley and other officials, including two deputy sheriffs, who told me they would have to file an incident report and asked me to leave the Government Center premises, and I did.

Eventually, the TIF was approved, by all three taxing jurisdictions as required - Palmer Township, Northampton County, and the Easton Area School District - at a loss in tax revenue of $300,000 a year!

The taxpayers cannot afford this expensive bottle of TIF to accompany Hannibal Pektor's feasting on the Dixie Cup complex liver and fava beans, at the largess of Drew Lewis and John Kingsley.

For once you are readable and have something important to say!!! You are right, Pecktor should not get the tax exeption to turn a factory into housing. If he feels it is a good project, he should be able to do it without TIF. Nobody gave me tax incentives to build my house.

Here is a question for Pecktor ... what are you going to do when the economy turns and you can't sell all the new condos, townhouses, etc. that you have in the works and your personal economy turns to shit? My bet is he will look for the banks and the government to bail his ass out. I say, taxpayers should have nothing to do with enriching developers. Again, if it is agood project there is no need for a TIF.

Bernie Berg is a REAL American. But I think he was actually a nun.

Terrific! It's enough to make me seriously consider throwing my hat into the ring in New Hampshire. I tried to send you a comment on your blog but couldn't navigate the intricacies of HTML. Also when I tried to click on anynonymous, everthing disappeared. When I tried again, there were to "necesarys" i.e., user nam and password that i didn't know what to do wtih. Sooo here is what I was going to say: Why did you tell folks to not buy the car? Is it because you're thinking of making me an offer? It's all yours for $ 575. That's the sticker price, no pun intended. If you're short of $, try Charlie Dent. He can usually be found on Bush's lap when he isn't in the back pocket of Tom DeLay's PAC or EXXON. Yours in solidarity forever. (But probably not with Angle!). Comrade Bernardo

Bernie, I'll give you an IOU. That's as good as the real thing, buddy. But the bumper stickers better come with the car.

Bernie: Just to clear up some confusion on the part of one Anonymous Comment- I was never a nun. I married an ex-nun, black, Communist, lesbian, pervert in a civil ceremony. Just thought I'd clear that up and it should be sufficient food for all the prejudiced types that inhabit the Lehigh VAlley. Comrade Bernardo.

I'm moving to that very nearby area in the story on September 11th. And I proudly both support my troops and call for them to come home right now on my car.

Few in the valley have a peace ribbon between the yellow and POW-MIA as do I.

Last time I checked the French did not fight 1776 for us, they advised us, and WE did the work!

Murtha is no liberal, he IS the voice of the REAL PENTAGON NOT the stooges who are puppwets for the Neo-Clowns (aka Neo-Cons!)

Who would have ever guessed in 2000 that America would have been better off if Pat Buchanon won instead of Dubayou???

Spike, You the man!

BTW someone also stole my FIRST Pow/MIA magnet at the palmer Park mall when I had a delivery to drop off.

Apprently some to the FAR REICH (far right) seem to not understand that some of us (who have freinds and family serving today) could be against their needless maiming or death and FOR all those who bravely serve coming home safe, alive, and SUPPORTED by the government that caused their capture or injuries!

Us stupid Liberals, eh? If these Hannity types really cared about the troops instead of carrying on about the french or Jane Fonda (how old is that axe?) maybe they should strenthing not weaken the VA!

How novel of a idea that would be!

(I tend to ramble myself)