Norco Officials Give Themselves Raise But Employees Get Squat 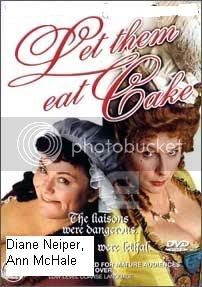 Northampton County Council last night narrowly approved payraises for themselves ($7,000 to $9,500), the Exec ($65,000 to $85,000), and the Controller ($39,000 to $50,000). They did so even though many county employees are now approaching four years with no salary increases or contracts. Ron Angle, usually the "voice of the people," had no answer to the argument that this raise was a "slap across the face" of county workers who've also endured layoffs, reductions in health benefits and unhealthy working conditions. He justified the $2,500 raise as necessary to cover gas expenses. I can see that.

Four of council's supposed "tax and spend" liberals voted against this raise. Wayne Grube was convinced the timing was all wrong. Charles Dertinger (yep, he's the guy running for Congress) stressed the idea of public service. But the most impassioned argument came from Lamont McClure, who has now impressed me twice in two council meetings. In addition to county workers, he argued many Lehigh Valley residents have seen no raises for years, especially our growing senior population. He also noted the county's chief source of revenue, real estate, is going through a dry spell as that market weakens. Tony Branco also voted against the measure without comment.

County officials are certainly underpaid, but don't you think they should first be thinking about the county's workforce?

County Exec Stoffa has authority to veto this ordinance, and six members of Council would have to vote to override that veto. Although Stoffa would surely hesitate before contravening a majority, I am certain a veto would be embraced by a majority of the county's workers and residents.

Friday Update: Both the Express Times and Morning Call have thorough reports on yesterday's payraise vote. According to The Morning Call account, Exec Stoffa is considering a veto.
Posted by Bernie O'Hare at 8/18/2006 12:01:00 AM

Stoffa's a bright guy, and you're kidding yourself if you think otherwise. But from what I've seen of him, I think he genuinely respects Council as a body. That's why I said he would hesitate before vetoing an ordinance.

Note that Dent this year voted himself a pay raise and Dertinger did not. This impresses me a great deal. Dertinger fighting for minimum wage, fighting to stop a pay raise. Boy this is interesting.

Dent is even in favor of linking an increase in minimum wage to the inheritance tax. This guy has to go.

Oh and Bernie you must be forgetting your medications. Lamont McClure impressing you?

To Anon, I'm going for a few more shock treatments this afternoon.

I am so glad to see someone speaking out county employees frustrations and observations!! As an employee I often cannot understand why no one even questions the stupidity we see elected officials decide on day in and day out--all of it eventually effecting the taxpayers and their pockets. Employees are so angry--we either want to scream from the rooftops, or we just wimper in an attitude of "giving up", because it's apparent certain officials could care less about us majority that we'll never see a dime coming anytime soon, so what is the point of "screaming in vain"??? I make less than $10 an hour and though I wish to remain anonymous I will say I work "somewhere" in fiscal operations--and let me say for the amount of work "someone" in that place expects of us, for the amount of knowledge and computer programs we must have knowledge and experience with, I would probably gander to say even $14 an hour is too low..........I say it's unbelievable, sick, and shameful, and that new elect, a lying "rat", when he promised all groups a raise and then backing out on the residual unit, barely even wishing to give 4%, (perhaps a few pennies more, for a group of workers not seeing a raise in 4 years??!@??) I can't even begin to express the rage and upset I feel let alone the entire units' feelings waiting for "something" other than a kick in the pants and a few ugly bushes at the fountain that is taking up too much money and too much wasted parking space!!!! I wish a lot more taxpayers would know what's really going on and speak their minds!!!!

............oh, and by the way, one more thing to add to my "recent" post, upon further reading of your blogs on the courthouse expansion, the floor we are on, fiscal operations, (um, let me see we are now on the 2nd floor, but used to be the 3rd floor, but the exec has no clue because we never see him in our office--I think he's recently confessed to the newspaper about being lost in the bathrooms) has been conveniently overlooked for renovations. I have been told we are the only floor not being renovated. I tell you we get a lot of the public on our floor (when they finally find us that is) and we tell our public the only thing we ever got in all the expansion was new duct tape for the holes in our skanky, smelly, and moldy rugs. (and we all wonder why employees get sick like they do......when was the last time the ductwork has ever been cleaned anyway??) ..........yes coming to work in "our office" is a dreary smelly drag, but I suppose I shouldn't complain as at least we don't have any leaks ay?? Thanks.......

A I'm sure you know, Anon, county employees will beging to assert themselves on 12/4, and not a moment too soon.