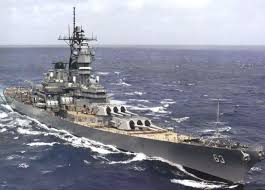 Around this time last year, I chronicled the plight of two West Coast transplants to Allentown named Shelby Brown. They brought their Little Drill marketing business to Hamilton Street. They applied for a facade grant with Upside Allentown, a branch of CACLV. That's when the fun began. Their grant was initially rejected when they refused to paint their building battleship grey. I actually went to the home of CACLV Executive Director Alan Jennings to tell him in person about possible insider dealing, but mostly to complain about the color. Battleship grey? Is there an uglier color? Turns out the inside of Jennings home is painted battleship grey.

After the past year, I'd have to say that battleship grey or even camo would be an appropriate color. That's because Whitney and Edwards have been pretty much at war with Jennings, CACLV board members, Main Street Manager Peter Lewnes and various City Council members. Jennings told me he'd not only conduct his own investigation, but would ask the Pennsylvania Department of Community and Economic Development to do so as well.

CACLV now reports nothing was wrong with the facade grant program. But at the same time, seven recommendations have been made to stop the insider dealing and conflicts of interest that clearly occurred.

Interestingly, there is no report from the Pennsylvania Department of Community and Economic Development. That state agency has confirmed it does no investigations.

Email ThisBlogThis!Share to TwitterShare to FacebookShare to Pinterest
Labels: CACLV

Come on Bernie, you know the game! You know the players! This economic development and grant game has been going on for a very long time. It is a full blown insiders game. You have pointed out parts of it over the years. Like last year in Northampton County when a well connected man of the cloth and economic development insider almost got a grant for his church if not for a couple shrewd experienced county elected people. County economic development jobs are a patronage joke. Same at the city level. Nonsense.

The so-called professional economic development folks are a sham. There is no such thing. The area is overrun with people pulling down nice dough doing nothing but taking credit for things that would happen anyway.

You think the dulcet tone so big Don Cunningham is going to bring one job to the valley if the company wasn't interested to begin with.

These economic development people and grant people help the economy and the community in one way, they get themselves great paying jobs and get other peoples money into their friends projects.

Its all a scam.

CACLV pays their female employee's slave wages. Get less to work for the great one himself. Jennings is not Robin Hood if he ever was. Show this guy the door and start to truly help the poor.

Wish it ain't so, but you'll never win against Jennings.

"Come on Bernie, you know the game! You know the players! This economic development and grant game has been going on for a very long time. It is a full blown insiders game."

How does a subsidiarity of clclv become a multi million dollar land holding corp with a board member sitting on the zoning board too? There is no conflicts of intrests anywhere in that little stand fact of allentowns sector. Than there is the fact of said properties passing on code violations were code thugs would be in the ass of any other owner!

For over 20 years I donated to The Sixth Street Shelter in lieu of office Christmas gifts. I support their mission and I can’t imagine that some children may not have a safe place to sleep. Two years ago I noticed that my check written to The Sixth Street Shelter was deposited to CACLV. I was livid as I specifically wanted to have my gift go to Sixth Street Shelter, who’s mission I support, not CACLV, Community Action Development Corporation of Allentown, Upside Allentown or the Arts & Cultural Committee who I do not wish to support due to philosophical differences. I found that the only way I could directly support Sixth Street Shelter was by donations of needed supplies such as paper towels and disposable diapers, etc.
These 501c3’s have websites with “dashboards” of data but they also create fiefdoms that are enthusiastically protected by their well paid directors who depend on the CACLV for funding but yet do their own appeals. I believe this is very confusing.

I’m sending my check to the commissary at the Danbury Correctional Facility.

Time for an FBI visit-

It’s all a fix.
Just a little more of the rot in Allentown.
Everyone knows it.
Barely worth mentioning.

With character references like Mr. Jennings it’s no wonder that Ed Pawlowski got 15 years.
The lead FBI Agent is on record, corruption remains entrenched in Allentown.
It’s just that way business is conducted.
Now Lisa Pawlowski is donating to Zrinski’s campaign.
Business as usual.

It’s not really a big deal.
Let’s just agree to move on.

So Alan Jennings painted his home with paint from the facade grant program, or a coincidence that the same color gray was used in the program and in Jennings home?

How is Fat Fed Ed doing? Is he someones Girlfriend yet? Also any updated on Moan-a Lisa Paw PAw

ED is a power top much in the tradition of the Mediterranean manslab abd Spartacus!

In regards to donations to the 6th Street Shelter, many non-profits allow a person to donate to a particular activity or cause, even if the money is placed into the main bank account of the organization. In other words, the money may be deposited into CALCV's bank account, but be credited towards the funding of 6th Street Shelter through their accounting. It is expensive to have a separate bank account for each activity within an organization, so the money is typically accounted for separately.