Was Palmer PD Short-Staffed on July 4? 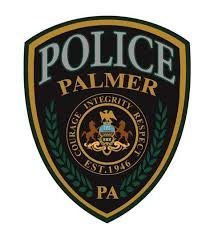 Palmer Township Police have a complement of 34 FT and one PT officer who patrol a municipality of 10.7 sq miles with an estimated population of 21,469. This is in line with the size of police departments with similar populations. But how about July 4, when Penny VanTassel-Himel called to report an"emergency? What I am hearing is that the department was short-staffed. There may have been only two or three officers on duty and no supervisor. I am also hearing that one of the officers prepared an incident report claiming, "Everything was OK." I have filed a RTK to determine if this is in fact true.

In addition, I have also filed a RTK for the 911 call made by Penny. There are some who claim she was gasping at the time she reported the "emergency," which might be an indication she was already injured.

Updated 8:45 am: I originally said that Palmer's police complement is "well above" the size of similarly populated areas. It is actually about the same.
Posted by Bernie O'Hare at 7/16/2019 12:00:00 AM

Conjecture and speculation is distraction from a legitimate quest for accountability.

Sure hope no one’s vacation time is compromised.
It’s only a homicide case.

Is that supposed to be an excuse? Maybe many were on vacation to possibly getting in some sick time? Really.

People are glad outside media is looking into this so we can get some objective review of this episode. So far it comes off as just hold out until it fads a bit and people move on. I am glad there are people not in the LV circle that want to know what happened and why from not only the police but the 911 center as well.

If we use your own source, that on average there are 17 police officers per 10,000 population, then Palmer Township Police Department has the correct amount of police officers employed with 34 officers. They do not employ "well above" other departments within the same demographics. How did you come to your conclusion? Please explain. Or is my math off?

Palmer two police officers failed to serve and protect the residents they swore to uphold!

From 6:39 AM - Just trying to understand you math, Bernie. If there are 34 officers and given duties assigned normally, you have 22 officers to patrol (34 minus 1 Chief, 5 Supervisors and 6 Investigators, according to their website). That would leave 4 officers optimally per shift on patrol. But normal working hours are 2080 hours per year, without vacations/sick/holiday. So you would be lucky to have 3 patrol officers on per shift. I don't understand your conclusions. Just trying to see your perspective, but the math doesn't add up. This is too important to not understand. Someone lost their life.

”Conjecture and speculation is distraction from a legitimate quest for accountability.”

Hence the rights to know.

“f we use your own source, that on average there are 17 police officers per 10,000 population, then Palmer Township Police Department has the correct amount of police officers employed with 34 officers. They do not employ "well above" other departments within the same demographics. How did you come to your conclusion? Please explain. Or is my math off?”

No. ThT is a mathematical error on my part. It is about right.

As I understand, there was no SGT working that shift.

I THINK YOU NEED A COURT ORDER TO GET THE CALL FROM 911.

Stop using all caps. You are incorrect. The request can be denied, however, if it is considered potential evidence in a criminal matter. So I may be denied on that basis. In view of the way the call was handled and the concerns about the 911 call, I asked for it. Might be an overreach on my part.

I sure hope that you never drive through Palmer again

You're out of luck fatso

Larry Palmer has been on vacation since he took the Township position.

i like all caps. difficult to see small print. not angry when i use all caps. let the investigation determine what happened.

When I am interested in the legal opinion of someone with no law degree, you'll be the last person I'll ask. I've seen your shoddy work.

"i like all caps. difficult to see small print. not angry when i use all caps. let the investigation determine what happened."

It just pisses everyone off. Is that what you like? Don't do it.

typical mezzaiamneverwrongcappa. she picks out the one part of anyhting that "proves" her right but doesn't bother to read everything. what a maroon!

I am now deleting the anonymous attacks at Chief Palmer. They are repetitive and frankly, have become boring.

The VanTassel-Himmel press conference was a remarkable display of professional incompetence.
Who was the architect of that charade?

It's just not Palmer. All departments have officers call off leaving shifts short and call response delayed. Listen to a scanner or request info from PD's via FOI.

Are you telling us that she's descended from Caribbean slaves?

If the 911 call shows a total disregard for protocol and has actually captured this woman's dying cries and gasps for assistance, disclosure to the public could cause the community to lose all faith in the governing authority, and potentially cause civil unrest and mayhem.

Therefore we have, section 708(b)(18)(ii) on the books to protect the public safety.

Many people have already lost all faith in their governing authorities ability to provide basic honest consistent public safety services.
Every day more people understand that their government does not represent them.
Move to a gated community, it’s the wave of the future.

Bernie , it doesn’t matter. Police officers are humans ,they have families unlike others. Holiday s are just that . Somebody has to work however , as we did at our firehouse in Easton. I was only home 4 Christmas Days in 24 yrs if I remember correctly. Cops have other issues. On holidays . When I was was in Marine Corps I was never home on Christmas. I was deployed almost 3 of 4 years to different parts of this world Christopher Columbus was part Portugees so he was allowed to know navigation by cilesteral navigation.

Stop picking on the police Dept . On Palmer PD. - they did not cause this problem and the media should not somehow place them responsible. The fact is - this household was irresponsible itself and the police department should not be held responsible for the actions of irresponsible people they have no control over. Now I know what your thinking. Police leave the scene after an unresponsive man in a bed room. The man shows now reaction. Ok . So they clear . They were at address before. Don’t hold officers responsible for non action of occupants at location.

I was not a police officer ever but a Constabulary. I put about 3,000 people in handcuffs in about 20 years . Doing this you eventually get a feel for what happens next. Constables that work will put cuffs on people at about 10 times that as the most amazing cop in town . That’s the way it is . Issues are from my perspective Palmer PD did nothing wrong. I had to make my living on warrant work ,getting paid by production or no pay. . I say Palmer Twp PD Officer cleared that case because he saw no issues that would have caused alarm , after they had been there before to this irresponsible household . .