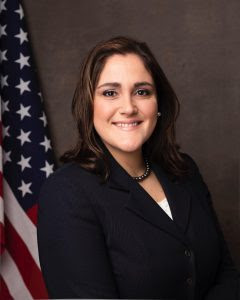 Anna-Kristie Morffi Marks, who was endorsed by both parties in May's primary, is now a Lehigh County Judge. After the election, she was nominated by Governor Tom Wolf, and the Senate confirmed her unanimously on June 27. She is one of six judges confirmed after winning the nomination of both parties.

Had he taken the appointment early, this would have forced Northampton County's judges to make an interim District Attorney appointment. Had they appointed either of the two candidates, the other would complain. There's also a provision in the Home Rule Charter giving County Council the authority to make this appointment. Although I think that provision is wrong, this could open up a can of worms.

So Morganelli will remain District Attorney just a bit longer.

And that's a good thing.

I do not know whether Morffi Marks has taken the oath. When a judge is sworn in Northampton County, it is usually a big ceremony in which the heavens open up, accompanied by harp and cello strings.