All Hail Our Dear Leader Brown 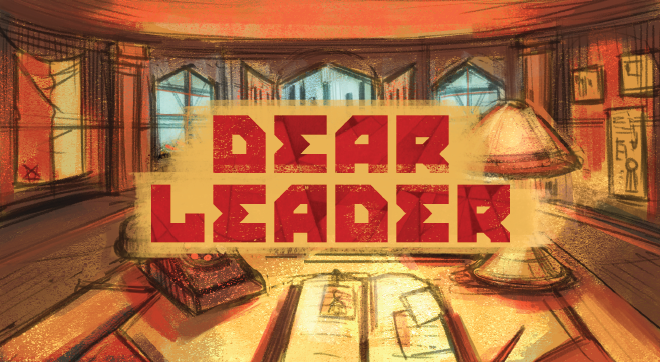 Northampton County News is supposed to be a bi-weekly update on Northampton County happenings, prepared for employees and delivered electronically. In reality, it is propaganda, designed to prop up Executive John Brown. A perfect example of this appears in the form of a "Reminder" in the latest newsletter.

All month long you can donate to the food bin at the Government Center inside the front entrance, which benefits the Hispanic Center of the LV Food Bank. John Brown allowed for this food drive where past administration has said "no" to the idea. We're thankful to John for allowing this Drive.

Maybe you have a different view, but most of us would agree it is highly inappropriate for the Executive to use his taxpayer-funded public relations consultants to take shots at previous administrations. This is especially so when the accusation is untrue.

I called the Hispanic Center of the LV and spoke to Courtney, who is coordinating this food drive. The claim that any past administration said "no" to a food drive was news to her.

It was also news to former Executive John Stoffa, who stated emphatically that  any food drive would have been welcome.

While we're on the topic, perhaps Executive Brown could coordinate a food drive or two for the employees who have told him, during meetings of County Council, that they are food bank regulars.

Instead of being thankful to John Brown, employees are now calling him "Dear Leader."

Our a dear Leader screwed us again with this so called gap insurance, when asked by council when Brown slipped this in at the tail end of the 11/6 meeting, he told council that this insurance will pay the difference in the out of pocket from 2500 individual and 5000 family and the proposed 6600/13200 max. This is simply not true. The gap insurance will pick up only after the out of pocket in coinsurance expenses has reached those limits and will only pay coinsurance related claims expenses. Part of the so called appeal if there was any at all in the drastic plan being shoved down employees throats was that all medical expenses including copayments, deductibles and prescription expenses counted towards the outrageous out of pocket max and once that max was reached, there was zero out of pocket going forward for copayments or prescriptions. The gap insurance will not pay those expenses. It will only pay those claims subject to coinsurance amd will only count coinsurance expenses towards the limits imposed. So, it will take longer to meet the max, and once you have, you still have to pay for dr. Visits and prescriptions- which for some people will be devastating financially. There will also be no John Brown promised employee meetings with the insurance carrier to answer employee questions. Employees are being directed to the insurance company directly for all questions. All this also begs the question- are they even under contract? When did council see this contract? After Dear Leader lied to council that this will cover all covered medical expenses over 2500/5000??? Disgraceful. I don't think council would have agreed to this Hail Mary.

The newsletter reads like a Nazi propaganda press release. Human Services employees have all not the lack of coverage in it of the "brown bag" lunch with them several weeks ago. I guess they couldn't figure out how to spin angry unhappy workers into a positive.

All I really want to do is scream! I wish I could block his stupid emails. What really pisses me off is he thinks we areall stupid. Last news letter hinted that he told the valley business community the county woes are because of the workers. And he has the gaul to send this message out to the very people he insults. Does he think if he says it enough I will believe it!!! I hope to be retired before next election and I plan to make it my mission to work for anyone who will be running against him and all those on the county council. They all could care less about the workers at the county.

I'm still ticked that in his video about the new healthcare plan, in which he states that even though we now have a closed formulary, all the drugs we currently take are covered. But then we find at the end of the meeting when we get the abbreviated formulary that no proton pump inhibitors-Nexium, Prevacid, etc., are covered, as well as any prescriptions in which an over the counter alternative is available, regardless of the the dosage and all testosterone therapies. My stomach turns. I'm guessing they figured out that proton pump inhibitors are the most used drug-and, really, what county employee doesn't have stomach issues? So he lied in the video...

7:42, the comment you deride takes issue with this propaganda piece, likening it to a Nazi piece. It does not liken Brown or his people to Nazis. I actually thing the analogy is apt.

When he opens his mouth lies are the only thing that come out. But I bet there will be no county workers at the council meeting again. Non union employees are the ones who will be hit the hardest and like last meeting 5 workers there since the unions decided to fight the battle when contract is up. Dont expect any pay increases for the next 3 years and hope you or your family dont get sick.

Brown is a premeditated murderer, as has been reported by this blog. His victim is a county employee. Tell 'em Bernie. Brown should be in prison.

In other news, a excuse-making drunk who strangled his wife in front of their children gets a pass from this blog. Go figure.

Brown should start getting bombed and violent with women. Bernie might jump in to be his sponsor and everything would be hunkydory.

You are correct Brown's victims are the county employees and the taxpayers. For the rest of your BS Shove it where the sun dont shine.

Brown is full of "firsts" - like being the first county executive to totally loot the non-committed portion of the Open Space funds and treat them as his own personal piggy bank. Ignorant jack ass.

He is a JACK ASS! The press should use a photo of one instead of the one they usually post. This man is gonna cripple the county and WHERE THE HELL IS HE GOING TO GET THE MONEY NEXT YEAR.....

The best part is that about 2 hours after this email came out, he sent another one deleting the food drive remark and apologizing if it was offensive to some. Really?!? Does he really think any of the employees believe he does anything out of the goodness of his heart? He still hasn't had the promised meeting to explain the benefits and gap insurance which appears to be quite sketchy and the only thing he has offered is to reduce all benefits employees currently have and still not filling vital open positions. He'll keep paying overtime because of understaffing and doesn't have the common sense to see that filling positions will save money instead of paying all the time and a half. He has no understanding of how to run a county.

I understand he filled the position that was not needed for over two years. Wonder what step she came in at? This admin. has no morals, no shame, and no judgement.

In regards to the open positions not being filled and that it being the time of year of holiday vacations I hope Brown as well as the administrators of the jail step in and man post assignments at the 24 hour operations to allow employees who have been mandated every 3 or 4 days to spend some quality time with their families that they haven't been this entire year.

"The best part is that about 2 hours after this email came out, he sent another one deleting the food drive remark and apologizing if it was offensive to some. Really?!?"

Thanks for the tip. Will check tomorrow.

I find it comical that this was the only positive thing his highly paid consultant could find to print about him....and it had to be amended......because it was a lie.....and it offended some people. Imagine that.

If you look at that email which truely was propaganda you can go to the bottom of it and unsubscribe from ever receiving them in the future. After you unsubscribe you'll get a pop up from sahl looking for a reason why--there is where you can give them any feedback or tell them to shove their worthless newsletter if you so desire. :) :)

Wow, this guy is a total douche.


Cry on Bernie your hero got punked and you are still carrying his water. Poor, poor John Stoffa. Now go spend you multiple public pensions and leave the rest of us alone already.

Mezzacryptkeeper or the Blog Mentor jagoff never stop do they? Shut the fuck up already.

They are sick people. All of them.

7:44 pm. He's not even able to write his own news letter. He has to have his contracted PR consultants do it for him. Bet the wipe his ass for too. Incompetent asshole!

10:01p I've heard that this position is an excuative secretary, that its Browns friend from Bangor, and that she's coming in at step 3...@ 39,999. I've commented on this before. It makes me sick to know that this person is coming in as a secretary and is making only 5k less than me. I'm in "career service" management with a ton of experience, skills and responsibility. I am making $100 more a paycheck than I did 4 years ago with ongoing promises of indefinite pay freezes and a crippling health insurance increase. But yeah, a secretary will come in at $40k. Add to that peg ferrero's family member who got a $20k/year raise.
There are unfair things that happen in life but Brown is financially raping his employees and doling out financial favors to his friends. Can we say CORRUPTION????

Wow thanks for the tip. Ill pull it out of the trash friday and do just that!!!

All this and he approved the gap insurance contract himself without bringing it before council, without bid and full of lies in what he told council that it would cover for the employees. How is that even legal?

To all the county workers who are waiting for a meeting promised by John Brown or Cathy Allen, don't hold your breath. My wife has been waiting for over two years now to have a meeting that was promised to her by Cathy Allen when she was the Bangor Borough President.