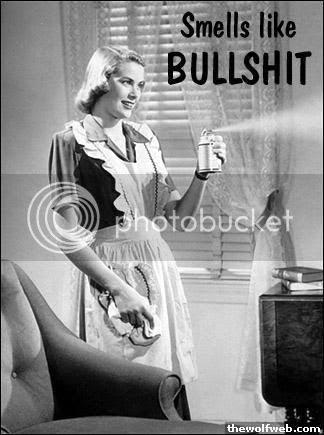 He calls himself "FTHillDem," one of many interesting commenters to this blog. On Monday, he told me "a lot of political advertising money actually pays for disinformation, rather than information." He's right. But I don't think disinformation stops once the campaign is over - the propaganda instead intensifies. David Neiwert, a journalist turned stay-at-home dad turned part-time blogger, tells us the press is drowning in bullshit. Can this be so? Let's see.

On the national front, Democrats and Republicans who propose withdrawal from Iraq have been labeled cowards. "Cut and run." "Withdrawal is not an option." Yet we learned just this Sunday that the Pentagon is planning just that - a withdrawal in September that would fit in nicely for Fall's Congressional election. How's that? The disinformation we'll hear is that we've "won" and that Iraq has achieved enough stability to justify withdrawal. Withdrawal plan? Bullshit!

On the state level, legislators just passed a tax "reform" bill that was signed by the Guv' today. In reality, it's nothing more than an "election year ploy so some legislators and Rendell can say they gave $1 billion in tax relief to Pennsylvanians while justifying jamming slot machine gambling down our throats." Tax reform? Bullshit!

On the local level, the LVPC has released a long range transportation study that does not even consider our impending energy crisis. Instead of urging more mass transit and studies of light rail, it calls for widening Route 22, which will simply contribute to more sprawl and invite more driving. The LVPC report claims to be concerned about safety. Who's? Ours, or the developers whose financial safety will be assured with more sprawl? Transportation Report? Bullshit!
Posted by Bernie O'Hare at 6/28/2006 12:06:00 AM

I first want to emphasize that the title phrase ("the enemy is bullshit") is not original with me, but taken from the Neiwert blog that you linked to. And if you read further, it was evidently originated by the late Lars-Erik Nelson, who wrote for the New York Daily News.

Still, it is a phrase that deeply resonates with me. There is a reality, and there are facts and truth. Attempts to deny or hide these truths, or divert attention from them, are attempts at bullshit.

Your example of "cut and run", the Republican phrase to attack some Democrats, is a good example. And if I am not mistaken, I read about a month ago that some additional troops were being sent to Iraq at that time. Now I think I understand why. More troops go in, nobody notices. Some troops are pulled out, and it is the start of a withdrawal! Yes, bullshit.

I think that another good example is the recent attempt (yesterday) to pass a flag burning amendment to the constitution. It is interesting that it failed by one vote (2/3 of the Senate was needed, it got 66 votes), and that three normally partisan Republicans voted against it. To me, it is obvious that if the Republicans really wanted this, they could have easily had it. But what they really want is an election issue to be able to throw more bullshit at the American people.

Notice, that it will take publicity (campaign money) to drill this (mis)information into American voters. And it will take money for their opponents to defend against charges of being unpatriotic. It will take lots of money, and this is one big reason why U.S. political campaigns are so expensive.

Now, I know that there are and have been many Democratic examples of bullshit. But, it is my view that it is the Republicans that have really perfected this technique. There is at this time much more Republican misinformation than Democratic.(Why doesn't the press call them on it?)

Think of what could be done if the Republicans would apply their superb PR skills to problems that really mattered, like the coming energy shortages. This is one big reason that FtHillDem is a Democrat.

I understand the phrase is not yours originally, but I only became aware of it and Neiwert's blog thanks to your comment. And you spoke eloquently about it, both then and now.

I see more examples of disinformation from the right than I do from the left, but I think that's because the right is now in control and wants to keep it that way.

Thanks again for your great insight.