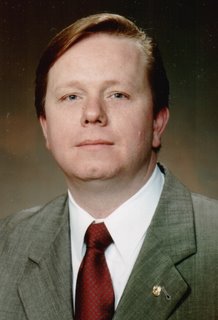 Dertinger has answered my questions.

In a posting on his campaign blog today, he states, "I won't take a dime from oil companies. Their behavior over the last year has been shameful, and it hurts the working people of this country. They won't have access to my office - and so you can trust me when I say that, I won't take their money. In fact, I'm appearing at a rally for an oil-free Congress today."

With respect to my request that he sign LVBO's light rail petition, Dertinger tells us that he strongly favors light rail in principle, and is working with some "local folks" on cost and just how it would work. He's reluctant to sign the petition but agrees with the need for a "mass transit solution" to peak oil. Fair enough.

I've been highly critical of Dertinger in previous posts, and as recently as yesterday. But I must say I'm impressed.

First, I'll honestly admit I never thought he'd even answer my question. Second, he not only responded, but did so favorably. By pledging to take no money from Big Oil, he takes an important step against special interests and in favor of oil independence. Third, his response concerning light rail is very encouraging, and reflects a recognition that we need more more mass transit in the Lehigh Valley, not wider highways.

I'm interested in seeing how Congressman Dent responds to my questions.

I want to thank Charles Dertinger for a very prompt and detailed response. It's a pleasant surprise. I've been tough on Dertinger, and many of the commenters to this blog may be right about him.
Posted by Bernie O'Hare at 6/28/2006 09:45:00 AM

Charles Dertinger is to be saluted for his undaunting courage in challenging incumbent 15th U.S. Congressional Ditrict representative Charlie Dent and the Republican's juggernaught war-chest of fat-cat special-interest campaign contributions.

Dent's also a bully and a hypocrit. He's introduced a bill with Californial colleague Richard Pombod to deny native Americans so-called "off reservation casinos - to wit, Forks Township's 315 acres that William Penn's rascal of a son Thomas stole from the Delaware and Lenni Lenape Indians in the infamous Walking Purchase scam of 1737.

This is the land on which the world headquarters of the Binney & Smith Crayola Crayon Corporation now sits.

At the same time, however, the duplicitous Dent holds to no such reservations (no pun intended) about the "off-the-reservation (Las Vegas reservation, that is)shopping of multibillionaire George W. Bush campaign contributor Sheldon Adelson and for a happy hunting ground casino site in South Bethlehem.

Sands chairman, CEO, and treasurer Adelson and his COO William Weidner, a frequent guest of Bethlehem Mayor John Callahan and Bethlehem City Council President J. Michael Schweder, received big bonuses in 2005 though they failed to meet the performance goals of their company.

Sands' financial performance is not as rosy Adelson and Weidner would have investors and casino boosters believe.

This has prompted independent compensation consultant Brian Foley of White Plains, New York, to say, "There's nothing like playing by the house rules," referring to the Sands' in-house compensation advisors, "when you own the chips, the rules and the croupiers."

Billy, Thanks for your comments. Let's see whether Charlie Dent will pledge to refuse to tak any more money from Big Oil.

any candidate ever address the use of solar energy to produce electricity and lessen our dependance on oil?
How about the new technology with hydrogen for fuel? I know "air products" is developing this technology? Candidates should be talking about this too!

All alternatives to oil need careful examination. Right now, I know more energy is used in creating hydrogen than can be gained from it. There is no way to store it, and it's extremely expensive. But that's not to say that someone can't come along and find a way.

Al Gore has talked about solar and I thin he will open a lot of eyes when "The Inconvenient Truth" opens at 19th Street Theatre. I haven't sseen the flicks, but have read reviews and just listened to a fellow tonight who told me the movie scared the hell out of him.

But our leaders really need to face up to the facts, and the facts are that we're running out of gas. We need alternative sources, and soon. And even more importantly, we need to rethink a lifestyle in which we sprawl away from each other and our jobs. Unfortunately, most local leaders don't seem to be aware of the problem. And the Lehigh Valley Planning Commission has just proposed a surface transportation plan that will simply invite more driving and perpetuate the sprawl.

Thanks a lot for your remarks. I appreciate them. It's good to know that Air Products is working on a soplution, although there is no silver bullet. They have a few hydrogen buses that LANTA is using right now!