The End of Oil - What Can the Lehigh Valley Do? 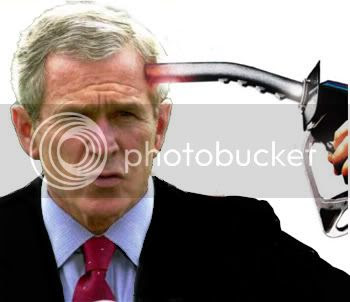 It's coming. While we play at the beaches, Peak Oil has already reared its ugly head. We don't notice. Most of us have never experienced "meatless Tuesday," gas rationing, or suffered through a great depression. We live in a dream world of tax cuts, upscale malls and shiny credit cards. And it's hard to think about anything when we're sloppin' down at the Texas Roadhouse.

But it's coming. When it hits, Peak Oil will turn our dream world into Nightmare on Elm Street. High pump prices will be the least of our troubles. Our food consumption depends heavily on our oil-dependent economy. How do you think we get those grapes from Chile? In addition to food, cheap oil is the driving force behind modern medicine, our water distribution and our high tech industry.
You might quibble about when, but it's coming. And we're not ready on any level - national, state or local.

In the Lehigh Valley, we are currently driving our 65 mph SUVs right over a cliff that will hurl us into worldwide depression. Local leaders refuse to face reality. The LVPC and Lehigh Valley Partnership clamor to widen Route 22, which will simply invite more driving. Instead of encouraging us to conserve fuel (and increase safety) by reducing our speed, limits are increased to 65 mph along Route 33. In the meantime, developers gobble up what little farmland is left, thanks to poor municipal planning in our fragmented municipalities. According to Lehigh County Redneck, traffic is so bad in Lower Macungie's "pedestrian community" that she must load her kids' bikes into a car and drive to a park if they want to ride.

It's coming, so what can we in the Lehigh Valley do? I'm no expert, but here's a few suggestions.

1. Elect leaders who recognize we have a problem, and are willing to do something about it. That's why I asked Dent and Dertinger to take a pledge against Big Oil money in their Congressional race. Northampton County Exec John Stoffa has proposed a world-class regional energy center that would explore needed alternative energy sources. Lehigh County Executive Don Cunningham has spoken of the need for "smart growth". Stoffa, Cunningham, and Allentown Mayor Ed Powlowski have all stressed the importance of regionalization. State Rep. Rich Grucela has proposed educational impact fees in new subdivisions, and State Rep. Bob Freeman has long advocated light rail in the Lehigh Valley.

2. Stop building and widening all those damn roads. In addition to the LVPC and Lehigh Valley Partnership, Northampton County Council in 2001 adopted a $111 bond that, in part, finances infrastructure in the county's suburbs. It has refused to rescind this financing even after a developer changed his project from industrial development to a Walmart. But County Council had no problem rescinding a $1 million grant for park preservation in Allen Township. Brilliant!

3. Support the Coalition for Alternative Transportation, an educational charity, that works to improve mobility for everyone by improving walking, bicycling and transit conditions in the Lehigh Valley. Its funding has recently been cut by our local leaders. Brilliant!

4. Promote our downtowns. Our West End Neighborhood and Old Fairgrounds Blog demonstrate daily that Allentown is still very much a vibrant community.

5. Consider our mass transit. Most of us turn up our noses at the thought of riding a bus. Only 1% of the Lehigh Valley's population take advantage of LANTA. But for just $2, you can ride the bus all day. And on Red Ozone days, the bus is free.

6. Consider LVBO's light rail petition. When it rejected light rail, LVPC never considered Peak Oil. Pratima Agrawal, a light rail advocate, has offered the following argument: "If planned in conjunction with other non-driving methods (company carpool, bike, walking incentives, increased bus service), local light rail connection to our three major towns would not only reduce congestion, it would help revitalize our downtowns and serve as a draw for visitors. If connected to our suburbs with park-n-rides, it would not deprive anyone of the benefits and would raise property values."

You are absolutely right about the devastating consequences when fossil fuels get scarce. I would say that virtually all Americans are in a state of massive denial about this (with the help of most politicans and the news media, who make it easy to be in denial).

Being across the line in Lehigh County, I don't know too much about Stoffa and his ideas. But the Renewable Resource Center idea sounds good.

If we could do just one thing about the 15th Congressional District race between Dertinger and Dent, it would be to really pin them down on their understanding of this issue, and what they would propose doing about it.

I think that at a minimum, the candidate should support a significant increase in CAFE (Corporate Average Fuel Economy) standards for motor vehicles. This would be the best thing we could do in the short term to reduce oil demand. Other countries have much better gas mileage standards than we do. It is possible.

I know that Dent is on a committee which is studying hydrogen vehicles. I really don't think that is a good option for transportation because of the expense and danger of hydrogen cars. Much better options would be ways to produce ethanol and methanol. Putting resources into the unrealistic possibilities of hydrogen vehicles will likely delay the implementation on better renewable technologies.

You pointed out earlier today that the real enemy is not conservatives or librals, but bullshit. And the bullshit handed to us my pols and the media have kept us in a state of denial.

I know Dent sits on the Transportation committee, and it's certainly good to consider all the alternatives. But hydrogen isn't one of them. In addition to its prohibitive cost, it's hard to sotre. And if someone could overcome these problems, the simple reality is that it costs more energy to produce hydrogwen than what you can get out of it.

Thanks for your great comments today.

The whole farce over hydrogen cars killed the production of all electric cars at the request of Detroit automakers. Can you say, "Shell game"?

The Detroit automakers also had a hand in the destruction of our trolley system, which was fast, safe, reliable, cheap, and environmentally friendly. In the early 1900s, a trolley left Naxzareth for Easton every half hour. For a nickel, I'd be there in 30 minutes, about as fast as I can get there by car. From Easton, I could go anywhere I wanted. That's all gone now.

Your post has caused me to realize the different levels that action is possible and necessary. You do a very good job on the level of local government (an area that I admit considerable deficiency). My response earlier focused on issues and actions at the national level.

But there is a third level, the individual level, which I believe that you have also addressed at times. In some ways that is the most important level of all. Not just because of individual conservation efforts, important though they are. But the education of people, so that they will be motivated to act at the governmental levels, is also most important.

In addition to becoming better informed about local issues, I must also do a better job of saving energy on a personal level. Here a couple of my suggestions.

A simple, but difficult one, is to reuse plastic grocery bags. These bags are petroleum products, and to my knowledge, they are not able to be recycled efficiently. It is difficult, as I frequently forget to take the plastic bags that are in the trunk of my car into the store with me.

Another is to have good, properly inflated tires on your car, and drive at 60 mph or below. I did a long interstate trip recently, and these measures allowed me to get 39 miles/gal on the first 300 mile segment. It is true that I did not need to use the air conditioner for that part of the trip. On similar trips in the past, I would get maybe 31 mpg.

I also found that driving at the slower speed made the trip much more pleasant, less stressful. I wonder if this might be true more generally. That is, might a lower energy lifestyle in many cases actually improve quality of life?

FTHillDem, Another very thoughtful and interesting comment. You should be writing your own blog.

All of these individual suggestions are right on the money. I just got back from seeing "An Inconvenient Truth," and some of your suggestions were mentioned. By the way, I highly recommend that flick. It opens mid July at the 19th St Theatre. If Al Gore acted like that when he was running, he would be president today. Wait a second, he was elected, wasn't he?