Councilman Lamont McClure Could Use a Little More Sun 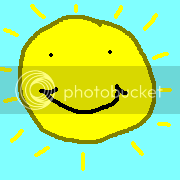 Northampton County Councilman Lamont McClure is upset. He's the guy whose losing Council campaign was heavily financed both by the DA's staff and big city lawyers. Despite his loss, he got himself appointed to Council as a result of a back room deal that violated the Sunshine Act. And now, as Chair of Council's Law and Order Committee, he himself violated the state Sunshine Act by conducting a committee meeting without telling us where it would take place.

McClure's defense? 1) The Sunshine Act doesn't apply to his committee; 2) I'm a frivolous and drunken ex-lawyer; and 3) I must apologize immediately and retract my remarks, or face the consequences.
McClure's defense reveals a bully who is not above threatening a citizen who challenges him over the public's right to be present at all Council meetings, including meetings of their committees. But more disturbing than that is that a lawyer who chairs the Judicial and Legal Committee would actualy claim his committee can operate in secret.

Here's what he says.

"[A]s a committee meeting is not a quorum of County Council, it is not necessary that it be held in public."

"[A] violation can not occur unless there is a quorum of the body present. The Committee only has four members. The Council has nine members. You'd need five for a quorum. There were only three members present at the meeting. No quorum. No violation."

Don't take my word for it. Here's what the Pa. League of Women Voters says:

"A government agency includes, by definition, any committee authorized to take official action or give advice to the originating body."

And the Sunshine Act includes Council committees in its very inclusive definition of agencies that must meet publicly.

So why is this so damn important? Because democracy dies behind closed doors. Senator Patrick Leahy has noted a "rising tide of secrecy" that has become one of many dubious distinctions of the Bush administration. "We must demand transparency from any government, but this administration, with its penchant for secrecy, requires vigilant attention. This administration’s default position unfortunately has been secrecy and non-transparency, and at a great cost in accountability to the public."

On the local level, we can't afford to relax, especially when we learn that a committee chairman thinks his committee can operate behind closed doors.
Posted by Bernie O'Hare at 6/07/2006 01:55:00 AM

I can't believe you were a liar I mean lawyer. I'm glad you wised up. Why did you get disbared ?

What's all this stuff about you bathing in the court house bathrooms ?

Yeah, well, wait 'till you see me as a Chippendale! Yes, I was a lawyer. My license was suspended in '85 for ethical misconduct that occurred as a result of alcoholism. I wasn't disbarred, but that's what should have happened. That's 20 yr old history, but it's dredged up every time I criticize local government officials. Of course, this has nothing to do with the Sunshine Act, does it?

Well, folks, the comments from "Anonymous" demonstrate what happens when you stand up to local government officials who operate behind closed doors. First, someone responds to two articles about the Sunshine Act with questions about what happened to me 20 years ago. Second, someone tries to manufacture an incident over my use of a public restroom to change when I bicycle to and from work.

With regard to the second incident, it is part of an uinsuccessful smear campaign that started when I decided to sue Council over its illegal appointments of both McClure and Branco. It was an unsuccessful attempt to muzzle me. And it was orchestrated by McClure.

He and Council President Grube think my bathroom use is outrageous. I guess it's an affront to the dignity of the Court. I won't speak for the Northamptron County judges, but they must need to use the bathroom a lot more than the rest of us because each will soon have his own. Perhaps I should genuflect or something when I'm done changing.

I admit I love to ride my bike to and from work. I did it nearly every day last Spring, Summer, and Fall. I'll be doing it again when I recover from a shoulder injury.

Bike commuting has many advantages: 1) It makes me healthier; 2) It reduces carbon dioxide emissions in one of this nation's most heavily polluted areas; 3) It preserves precious fuel; 4) It is inexpensive. Most importantly, it's fun. More of us should try it.

When I commute by bike, I always bring a change of clothing. I tend to sweat (should I say perspire?) and don't wish to expose others to my toxic fumes. They're probably glad that I do wash up and change, and I've never heard of a complaint until I decided to sue the county.

So far as I know, changing is one reason for having a public restroom. Over the years, I've seen people use restrooms for many purposes - changing, long cell-phone discussions, lunch, and some other uses I will not reduce to writing. Needless to say, I don't consider changing out of or into bike clothing anything odd or unusual. In fact, I submitted an op-ed about my bike commutes last September, and the ET published it in a moment of weakness.

When John Stoffa ran for county executive, he recognized our oil dependence, and suggested he would work to encourage research into alternative fuel use, hoping to generate interest for some research centers on the South side of Bethlehem. He was a few steps ahead of our Prez on that one. Now I don't know very much about solar cells or hydrogen, but I can move my legs. So my small solution to our energy crisis is to use them as much as I can. In 2005, I conserved nearly 400 gallons of gas by riding my bike.

Some members of Council are upset with me right now. But their appointment of 2 Council members, behind closed doors and without public scrutiny, was much more than a technical violation. They went further and conducted sham interviews, and then made their appointments with no discussion. I made them a promise, and kept it.

Now, in addition to violating the Sunshine Act, some people are trying to discredit and silence me, although no complaints are made to me directly. I've heard that President Grube has gone so far as to suggest I be "kicked out of the courthouse." Under the Free Speech clause, I have both the right to express myself and petition my government for the redress of grievances. There are remedies that can be employed against government officials who infringe those rights. But this is just too damn petty to be considered a serious threat. They'll have to send out a goon squad, but I must warn I'm a very fast runner (for an old fart) and if I reach my bike, they'll never get me. These complaints do not diminish me, but do diminish the accuser(s), and simply harden my resolve.

What was the ethical misconduct ?

When you do start riding to and from work again make sure you don't take any of the main roads the county council uses (probably the super highways they all support). I especially suggest you find out the route Mcclure takes and steer way wide of that one.

How much does anyone want to bet that anonymous is McClure.

Guys, stop digging the past, lots to do right now.
The restroom is the place to change clothes, please continue do so Bernie.
Riding bike to work is a wonderful thing to do, I wish to see more bikes on the road this summer.

Thanks for your comments. If you see a "wide load" sign, don't be so sure it's a truck. I'll be riding in again as soon as my shoulder is healed. And if I can't change in the restroom, I'll use the fountains the judges are installing for their new courthouse expansion.

I understand the need to freshen up when you ride your bike, but pleeeaaaseee do you need to stand buck naked in the middle of the restroom where anyone can walk in and see your unchippendale like body???? PLEASE use some common sense (oh, wait I am talking to Bernie O'Hare . . . ) do this little wash up someplace a little more private or at least do not expose that entire body including certain private parts that should remain PRIVATE !

And this has what to do with the Sunshine Act?

I will continue to use public restrooms to change into and out of my bike clothes. There's nothing odd or unusual about it, except to people who are trying to divert attention away from the real issue - a government that likes to operate behind closed doors and a county councilman with a flawed understanding of the Sunshine Act.

gee for someone soooo concerned with closed doors perhaps you should put your own body behind closed doors when you bath! closed doors are not always a bad thing especially when it involves a naked body and a public area, one has to be concerned when you attempt to use the public fountain at the courthouse will one see a naked body GOD FORBID!

How about this? We change behind closed doors and conduct government openly?

That's a deal. You keep your clothes on and we will make sure McClure holds open meetings.

Bernie, it sounds like your dealing with a bunch of ingrown, self absorbed assholes who all need to be removed from office just like those power junkies in Harrisburg. Vote the bums out!