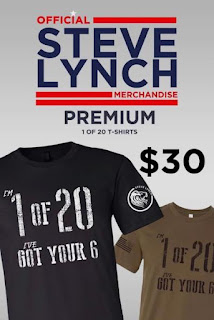 Steve Lynch,the GOP nominee for NorCo Exec, spoke at an anti-mask and anti-vax rally in Harrisburg on August 29, and complained to a supportive crowd about a mask mandate imposed by Northampton Area School Directors.

"Men, where are you? " he asked. "Men, wake up! Smell the coffee! Let's go! Make men great again, right? Make men men again, let's go!" He then went on to say,  "Forget going onto these school boards with freakin' data. You go into these school boards to remove them. I'm going in with 20 strong men and I'm gonna' give them an option - they can leave or they can be removed."

A backlash erupted on social media and even received national news attention. Lynch backtracked on August 30, claiming his remarks were taken out of context and denying any intent to forcibly remove school directors.  His statement prompted Northampton's school district Superintendent to request Deputy Sheriffs to complement local police and beef up security at the next several meetings.
Lynch's speech, much like his participation in the January 6 insurrection at the nation's capitol, were assaults on the democratic process. Both are attempts to replace constitutional government with mob rule. Over the bloody history of our nation, black families have seen what happens when demagogues like Lynch whip up a crowd into a feeding frenzy. Men are ripped out of their homes and hung. Local democratic governments have been overturned. In Germany, the angry mob began the active persecution of Jews. In France, the mob killed 40,000 people before all was said and done. Instead of democracy, the French ended up with an Emperor.
After pretending to walk back his threat, Lynch has monetized it. He is now hawking "1 of 20 ... I've got your 6" T-shirts for $30 a pop. The man who never spent a day in the military is offering them in "Army" color, too.
What he really should be selling are hangman nooses.
Posted by Bernie O'Hare at 9/07/2021 12:00:00 AM

Waiting for at least a few decent Republicans to speak up and condemn Lynch.

One of the great strengths of Hitler’s “brown shirts” was their visual campaign. They had a strong symbol and tag phrases that identified them while also unifying them, and inspiring them as they went along bashing the heads of those who disagreed with their tribal philosophy. I don’t see Lynch’s antics as anything different, or less frightening. Don’t mistake his actions as anything less than threatening.

I wonder what the people who attended an “anti vaccine “ rally would have done with Sabin- Chumakov ,during polio vaccine distributed in the 50s.? It’s not the first time somebody didn’t trust the government’s advice, but in this case it’s making people “crazy” . I would at this point say and practice safe distance and stay out of high volume populations,—(get in and get out ,if you do , don’t hangout. When you get home scrub your hands up halfway to forearm immediately so you don’t contaminate your refrigerator door.or living spaces. Vaccinated folks can be asymmetric carriers that spread virus to others in close contact. I’m going to predict a second round of stay at home routine,but limited. It’s unfortunate that political views interfere with proper judgment too many times. Good day. Think safety..

It is always about the grift.

I have received about three or four comments that clearly violate my comments policy. This is not about whether masks work, although they do. It is not about the "left" wing or your fear of minorities. It is about Lynch and his fitness for any office.

Gotta love white privilege. What does it say about a group of people who have it so fucking good that they have to invent a reason to be upset.

There always has to be a boogeyman because there is actually nothing real oppressing them.

All over trying to protect children from a deadly disease.

Imagine if they ever really surpressed? They’d crumble like a twig…

You and many others say masks work! Does your underwear stop a fart?

Read my post about masks. or don't and dwell in ignorance.

Bernie I think you secretly have a man crush on him. You seem to watch every move he makes and reports on it. What's next you going to tell us how often he goes to the bathroom and if it's more then an average person?

He is a dangerous person to anyone who believes in the democratic process and that is why I pay attention as much as I can.

Ok, I'm missing the meaning of "I've got your 6". Can someone please explain?

Every time I read a Lynch story here all I can think of is that McClure must be seeing some internal polling that he doesn't like.


A better headline for this story would be "Living rent-free in the head of a local blogger, NorCo Executive is now fundraising off of that blogger's hysterics". But maybe that is a little long.

In any event, I'm sure he appreciates the free advertising.

Absolutely keep an eye out on this poser Bernie! I've shared many of your articles about him with friends in the area. The more people who know the load of crap that the GOP is offering this November the better.

Only pussies care about this issue and throw tantrums over wearing one, the rest of us know that wearing a mask **reduces** (but does not eliminate) the risk of spread to others and ourselves.

Happy to be inconvenienced if it helps the greater good - that's what true Americans do.

@10:08 - "I've got your 6" is what the make pretend dress up military enthusiasts that surround Lynch say to each other when they polish each others guns. The "6" means six o'clock, which in Army movies and TV shows is sometimes used to refer as "behind you".

It's most likely some sort of repressed unconscious code for wanting to mount each other's 6.

What a twat. I'm almost embarrassed for him. He should have stuck to showing Jaciel Cordoba proper sit up technique. Might be the only thing is is good at, exercising.

As the kids say "This guy is a total cringe". The only ones not embarrassed by him are the ones with their heads deep in their own asses and completely oblivious to what he says and how it comes across to voters.

Lynch and the GOP will have plenty to be embarrassed about in November trying to spin the results.

I consider myself a moderate republican (a vanishing Breed?) and find it disgusting that fringe candidates are being supported recently by both parties.
Bernie, since his rants are costing NC taxpayers, could he be held accountable to pay for these costs?

I'm an R and I condemn Lynch as a nutball, no-serious candidate. I also think McClure essentially killed numerous elderly souls by mismanaging Gracedale while closing sliding boards to kids, instead. He should be seriously challenged for re-election, at minimum. In a just world, he'd already be in prison. What a terrible choice. Voters have already lost.

But we only lost the vote. Families lost their loved ones because of heartless and careless McClure.

Do your farts have droplets as do sneezes and coughs?

Lynch would be a good VP for future President Trump.

smoking crack lately? Killed residents? You are as bad as Lynch with this

Gene A - There are a few of us left, maybe more than either of us know. I'm hoping the likes of Lynch, Boebert, Green, Jordan et al. will burn themselves out. The meek shall inherit the earth thinking. Taking on these new republicans is exactly what they want. The results would be catastrophic given the fast and loose mentality they embrace. One of these days they will light a fuse they cannot extinguish. I hope cooler heads prevail and the cancer in our party is put out to pasture. We are currently left with no platform other than "I'm angry at everything!"

A true entrepreneur. Mr. Lynch is an enterprising man. As opposed to lawyer Lamont who couldn't manage his way out of a paper bag. He is fortunate to use county resources for handling his publicity all over the county. It would make you think he is more of a King than an elected official.

What is both humorous and absolutely horrifying is how nothing "sticks" anymore and words are but a fleeting fart in the wind. Make a thinly veiled threat ... just say "I didn't mean THAT" and all is right again. Retract that retraction, and your "fans" are easily placated. Multiple streams of reality exist within single conversations from the same person, essentially defying all known laws of physics. Schrodinger's cat ain't got nothing on American politics.

All parties and flavors are guilty, though certainly some more than others. Trump has many examples and may be the king, but Kamela Harris as VP candidate a year ago was skillfully sewing doubt about the then-developmental vaccine, only to do a complete 180 when it was approved (which was at the time of her campaigning all but a foregone conclusion).

Yet fast forward to present and Dems can't seem to understand why some intelligent people are cautiously leery of the vaccine, when that caution was a campaign tactic. I'm not equating Harris to Trump (and I've got my jabs), rather this is just one example of why words matter, and should have longevity. If anyone can say anything in the moment and using their chosen lighting to make it honest at the time, chaos ensues.

Until / unless both sides, or at least 1 side entirely, swears off using fluid-facts, AKA lying, the chasm that divides this country will only get wider and deeper.

A bunch of anti-maskers protested outside of Nazareth High School on Tuesday morning and scared some of the Elementary kids. Did Lynch have anything to do with that?

I wouldn't take anything trump was pushing.
I got the vaccine because scientists at the cdc approved emergency use.
I'm pretty sure that's what she said as well.

Pretty sure. Someone sent me a pic

Republican's for McClure! Quietly behind the scenes Lynch has been disemboweled.....he is like a fungus or an STD .... Election day we will both Republican and Democrats elect Lamont McClure!