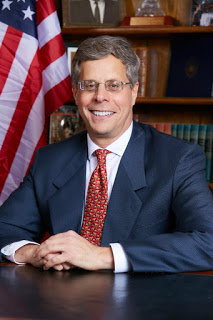 Real estate developer Nat Hyman is building and donating a police substation in Allentown. Hyman, who has built 700 apartments in Allentown, will be constructing the 2,000 square foot substation on the corner of Court and Race Streets in The Adelaide building, which he owns.
Hyman said, “ I know it is fashionable to be down on the police, and some of our local politicians want to defund them for their own political agenda, but I am a big fan! I think the APD perform a vital function and are rarely applauded for their efforts and often unjustly criticized.” He went on to say, “I told Chief Rocca that if there is anything I can do, or my company can do, to help them make Allentown safer, I always stand ready to do it.”
This will be a substation in a critical area for the APD. Positioned at the entrance to the NIZ, this new location will provide them with coverage where it is most needed. The new location will be positioned on an upper floor to provide them with a birdseye view of the entire area.
Hyman is in the process of building 180 apartments in The Adelaide building. Across the street, he owns The Tribeca which has 86 apartments. Two blocks away, he owns The Bindery which has 120 apartments and on which he commissioned the large “ALLENTOWN” mural which celebrates the symbols of the City.
Hyman also recently announced that he will be building a freestanding Nathan’s restaurant in front of The Adelaide. It will be the first drive-through, full service restaurant in the downtown area. One of my best friends, a Maronite Catholic priest, has already told me he plans to visit as often as he can, although he's stationed in Mass.
He is also in the process of building 27 apartments on the corner of Hamilton and Front Streets, called Hamilton Pointe.
“This is a big step in making this area of Allentown a vibrant, thriving and, most importantly, safe neighborhood“ Hyman said.  “I think that often too much of the focus is on the NIZ area and not enough on revitalizing the rest of Allentown. My company is trying to change that.” We want everyone to feel comfortable walking everywhere in Allentown….not just in the NIZ. Only then will our city blossom.”
Mayor Ray O’Connell thanked Mr. Hyman for helping the APD and the City. He said “ Mr. Hyman’s thoughtfulness and generosity are truly appreciated.”
Blogger's Note: Without question, Hyman is one of Allentown's biggest assets. In addition to his business acumen and educational background, he has a deep passion for Allentown, where his father practiced medicine. I believed he would have been a great Mayor. He also has a great, self-deprecating sense of humor But despite reading numerous books on the subject and attending several classes, he stinks at Hearts.
Posted by Bernie O'Hare at 9/23/2021 12:00:00 AM

Great thing. If he ran for mayor, which ticket would it be?

As far as Allentown is concerned, Nat will always be the one that got away. He would have been a great Mayor and I hold Ray accountable for running his write-in campaign that put Fed Ed back in office.

Finally someone who is willing to stand up for our men in blue! Good for you Mr. Hyman!!

Nat Hyman is extraordinary. He is generous to Allentown in ways folks never know.

Anonymous Anonymous said...
As far as Allentown is concerned, Nat will always be the one that got away. He would have been a great Mayor and I hold Ray accountable for running his write-in campaign that put Fed Ed back in office.

Nat was the only hope to turn this city around. Now we have 2 idiots to choose from...Twerp or Ramos. Neither one has ever run anything let alone a city.

I am always amazed when people give Mr. Hyman a hard time. I think he has done more for Allentown than any person in my lifetime. He even had critics when he had that beautiful mural painted. Everyone talks about the NIZ but those guys are getting our tax money to build those buildings. Mr. Hyman is doing it out of his own pocket.

Great Article Bernie! Wonder why The Morning Call didn't cover this? Could it be because it's not about the NIZ?

All I ever hear is defund the police. It's nice to see someone who isn't afraid to say in public that they support the police.

Nat would have won in a landslide if he ran this last time. Run Nat run!

He is a crook so what better way to get in good with the police then donate something to them. Many long time big criminals did the same thing.

Anon 12:20 Pm....jealous of successful people much? I don't know Nat Hyman at all, but I hate people like you who do nothing and sit at their computers criticizing people who are out there working and actually doing something.

Was anyone proven right or wrong about Hyman? Is he better or worse then the opinions of back then?

@3:36 Or are you Hyman himself anonymously posting on this blog? Many of the politicians complain and many of their hacks hide in the shadows of it but most all of them read Bernie's blog regularly.

@3:36 a crook to some is a hero to others. Look at Trump? Look at JB Reilly, Look at many other politicians. Heck Dent one of the locally perceived good guys would often expect $1,000 to $10,000 to be donated to show up at an event. I have do=found almost no politicians that do not have their hand out and bank accounts open for deposit.

Isn't this the guy illegally cutting off people's utilities for non payment of rent and wanting to throw them out during the start of the pandemic?

His support of our police is commendable. It's time for us all to stand up in support of those who risk their lives daily for us! They deserve and quite frankly need our support. Our President doesn't seem to care about them or our Border patrol. How sad we have to fear putting up a flag especially one with a blue line. We should be thanking them every day!

The medicine and cure Allentown needed and didn't get. Nat being terrific reminds of how sick Allentown's electorate is.

Nat built 700 affordable homes, stores, public art and now restaurants and a police station. So, basically he created a nice community out of the worst area in Allentown. It seems to me that Allentown should copy his model throughout the entire city.

Nat Hyman is a very generous and caring entrepreneur. At a time when so many cities are defunding/ re-imagining police he supports and commends the men/women in blue for the extremely difficult service they perform on a daily basis. He has shown that he is a great asset to our City and should be applauded for his unselfish endeavors.

What's concerning is that this Matt Tuerk character has lavished praise on Convict Hasshan Batts -- the felon dope dealer -- who, like most criminals, is a rabid advocate of defunding the police. When asked if he shares this view, Tuerk has refused to answer.

It'd be great to have a guy like Hyman where there is no mystery around his support for police.

Speaking neither for nor against this particular donation, I need to point out that, in general, "the police" should not accept donations from commercial property owners. I know, first-hand, how instantly you know you're not on an equal and level playing field, when you call the police about a problem you are having at a location in the municipality, and the police "roll up" in a car that is being provided, for free, to "the police," BY THE OWNER of the very property in question. - - - All donations should be to the municipality (not to "the police"), with no strings attached.

Ron, Obviously, this donation is to the municipality with no strings attached. The police are not an independent entity.