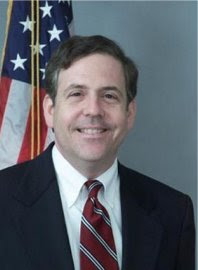 "The change would provide earlier disclosure and greater transparency on who is contributing to candidates for the General Assembly," Freeman said. "This is information voters should have access to earlier in a campaign than they currently do."

The currently required second-Friday expense report is filed just 10 days before the election. Freeman said that filing comes so close to the election that the information about where a candidate is getting their contributions tends to get lost in the last week of campaign literature and other information.

"This would put everything on the table and allow voters to see who is backing which candidates and what they stand for, or more importantly, who they stand with," Freeman said.

The measure was referred to the House State Government Committee for consideration.
Posted by Bernie O'Hare at 4/11/2013 12:00:00 AM

I like Bob. And these laws are a good thing. But what happens is the average person is prevented from running with additional paperwork. I ran a campaign and did all the paperwork myself. It is daunting. The money dictates who runs and wins. This is another way to keep the average Joe out of Harrisburg. The politicians with lawyers and accountants and treasurers who do all the work, know how to circumvent these rules.
Thanks Bob, but you are hurting the little guy who wants to help his community.

Hurrah for Freeman, these politician's need to be held more accountable, i would like to know who is pulling in the cash and the affiliating to the cause before they gets my vote, Why would anyone oppose this ?

Even if this law some how come true, no one looks at the paper trail anyway, I don't trust anyone bringing in campaign money, it's the root of all evil and the politician should be held more accountable with this new law if it happens.