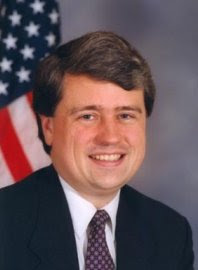 House Bill 2420, which was developed with the assistance of the Pennsylvania League of Women Voters and Common Cause of Pennsylvania, is co-sponsored by 90 state representatives, 50 Democrats and 40 Republicans.
Of the Lehigh Valley's ten state house members, sponsors include Karen Beyer, Jenn Mann, Joe Brennan, Steve Samuelson, Bob Freeman, Rich Grucela, Craig Dally, Julie Harhart and Carl Mantz. Only Doug Reichley's name is missing

“Our goal is to take the politics out of the redistricting process,” Samuelson said. “Changing the way districts are drawn in Pennsylvania to an open and nonpartisan process is a long-term reform that has lasting impact on our democracy. Our current process could be described as gerrymandering. We need fundamental change. We need to open up the process and put redistricting in the hands of a non-partisan entity.”

Under this bill, Samuelson said transparency and openness will be the hallmarks of the redistricting process with data available online and opportunities for public input.

“Under our current method of redistricting, townships are traded, districts take on unimaginable shapes and communities are split up,” Samuelson said. “Politics is at the center of the current process and the people need to take it back.”

The bill would require that redistricting of Pennsylvania’s Legislative and Congressional Districts be conducted by the Legislative Reference Bureau. The preliminary plan developed by the LRB would be open for public comment at a series of five public hearings around the state. The hearings would be conducted by a bipartisan redistricting commission, the function of which is advisory only. Based upon the public input that is received, the LRB would develop a revised plan, which would go to the General Assembly for a vote. If the revised plan is rejected by either the House or the Senate, the LRB would develop a final plan and re-submit it to the legislature for a vote. The plans would not be amendable by the legislature.

“The Legislative Reference Bureau has a reputation for fairness and nonpartisanship,” Samuelson said. “The proposed three-step process would provide for meaningful public input, and also guarantees that the ultimate redistricting plan will be the work product of a nonpartisan body rather than party leaders in the House and Senate.”

Samuelson said this reform movement has been gaining strength over the years, and that this new legislation combines the best of the past several proposals put before the House.

“In 2002, a similar bill had 25 co-sponsors,” Samuelson said. “In 2006, another bill had 38 co-sponsors. We have 90 co-sponsors on this bill. It is time this legislation moves forward, and I’m confident it has the momentum to do so.

“The League of Women Voters of Pennsylvania has made redistricting reform its top legislative priority, and I am encouraged by grassroots interest in changing the system,” Samuelson said. “A forum last Saturday in Monroe County drew 75 citizens for a discussion of redistricting reform.”

I hope more get on board with this and it actually moves through the General Assembly.

This is a great initiative- I hope Steve's proposal is accepted.

I have long wondered why we couldn't just create a computer program that would re-district, based on defined parameters, and take politics out of it completely.

This is one of the most critical bills for Pennsylvanian's in many years. It means we can take our government back. Credit to the League and to all those who co-sponsor this. And to those who don't and won't, let's work to get them ousted this fall. We need this to pass and must do everything we can to get it through, unharmed and in time.

Richar, Well said. I hope this does not languish and die a slow death.

This bill has as much chance of passing as Hillary does to become president. I can see all these legislators now saying, " yes, let's pass this legislation and make it much harder for us to get elected.. Dream on, dream on..