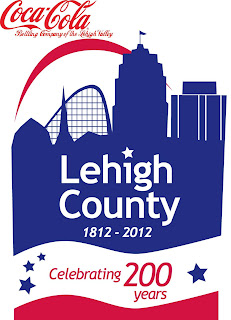 Every year or so, Morning Call columnist Bill White inducts some poor soul into his Hall of Fame, making that person an object of ridicule and scorn for the rest of his or her life. White even continues to take digs after the "winner" passes into the Great Beyond.

It's a really horrible and mean thing to do to another person.

I wish I had thought of it.

Lehigh County Exec Don Cunningham, in the course of getting ready for Lehigh County's Bicentennial on March 6, has announced an Inaugural Hall of Fame, too. But unfortunately, this is a nice list of twenty four prominent current and former residents of Lehigh County. are attached.

Honorees will be formally inducted at 6:00 p.m. on Community Celebration Day, March 10, an all-day event at the Agri-Plex building located on the grounds of the Allentown Fairgrounds.

The Bicentennial Committee still needs about a dozen volunteers to help coordinate on the day of the community celebration. Anyone interested in helping can go to www.lehighcounty.org and click on the bicentennial logo, or call (610) 782-3001.

In addition to the Hall of Fame induction, the community celebration will feature more than seventy-five community groups, businesses, historical societies and ethnic and cultural groups with interactive, educational and historical displays including a live bison visiting from the Lehigh Valley Zoo Food and drinks will be available on a cash basis. The day will end with a fireworks display and a bicentennial performance by the Allentown Symphony Orchestra at Allentown’s Symphony Hall.

J.B. Reilly will be juggling all day, while Mayor Edwin Pawlowski has volunteered for the dunk tank. Marcel Grown will collect all the trash.

Allentown is imposing a 200% sales tax on all food and beverages sold. City Council will pass a law later making it all legal.

All proceeds that do not go into the NIZ will fund the George Taylor House in Catasauqua, one of only a handful of remaining homes of one of the 56 men who signed the Declaration of Independence.

Below are the Inaugural Hall of Famers:

Sounds like a great way to cull future big time donations. Just a thought. With all the categories, once the obvious are on then it may be, "who ya know and what ya got".

This is such a crap list. How about people who dedicate their lives to low paying community service?

What does being a 4 time Super Bowl "participant" (i.e. 4 time loser) have to do with reputable fame worthy of being inducted in the hall? Seems like a random assortment of "Who's Who Lehigh Valley." Hope it doesn't cost any money.

You forgot Duane "The Rock" Johnson of the WWE and movie star!

Sorry Bernie, maybe, you will make the list next year.

Bernie
Do you mean these celebrities are going to be there? Ms. Taylor? Wow.
Love her.

Bernie
Can you find out who picked this group? Yes, The Rock, Definitely should have been tapped.

How about all the drug dealers and murderers who keep the criminal justice system afloat.

I believe Dwayne Johnson is from Bethlehem. If he's from the Northampton County part, he wouldn't qualify for the list.

Harmless, but a waste of time.

What I find most interesting of the list is how many of them still live in the LV? Only a fraction?

I hope to get luckey at the EIT grab bag booth. Maybe I can get mhy hands on some tickets to the NIZ suite at the Lehigh Valley Arena.

There was a nominations process that was all over the place for several months. Yeah, the rock would have been good.

I think he really only lived here for a year or so, though. He mostly grew up in California and hawaii.

How about Max Hess?

Dwayne Johnson did, in fact, play his high school football for Freedom before going on to the University of Miami ...

This is the usual innocuous Cunningham stuff. Fluffy meaningless fare to entertain the masses. It gets their minds off the real issues of the county.

I guess the Rock is from Northampton County if he went to Freedom.