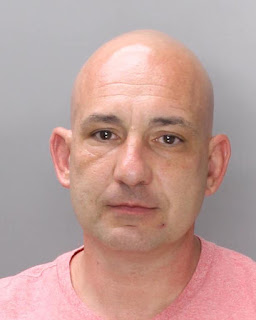 Northampton County Sheriff’s Department Criminal and Field Operations Units have apprehended Christopher Michael Bobko, 41, for failing to return to West Easton's Work-release facility on Saturday, November 17th. He was at-large until Wednesday, when he was picked up without incident at Fulmer Rd in the Nazareth area.

Last year, Bobko was charged and eventually entered a negotiated plea to receiving payment in advance from three different people for work he never performed. He also faces a trial for drunk driving and related summary offenses.

“We would like to thank the law enforcement professionals in the Sheriff’s department for their work in apprehending Mr. Bobko,” said Executive Lamont McClure. “Our Work Release programs are an important part of reducing recidivism, but the public has every right to expect that those enrolled follow the rules.”

Bobko now faces charges of Failure to Return and most likely, state prison.

One of the summary charges he faces is driving under suspension. I wonder how he got to Fulmer Road from West Easton.
Posted by Bernie O'Hare at 11/30/2018 12:00:00 AM

Email ThisBlogThis!Share to TwitterShare to FacebookShare to Pinterest
Labels: sheriffs

Great job by the sheriff Dept.! This guy has scammed so many people in the area!

This is what you get when you give an evil, vindictive, lying, POS a break! He deserves state prison- for a long time!

He was staying at his friends house on Fulmer Rd. Saw the 8 deputies nab him! Happy he's no longer a menace to society!

He pulled the same scam in Jersey, lost his license and moved here- lock him up and throw away the key!

They should charge him with rape as well he is a rapist.