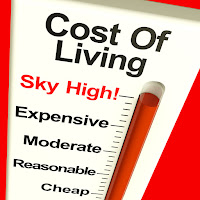 At their Oct 25 meeting, Northampton County's Retirement Board voted unanimously, on motion of Executive Lamont McClure, to award county retirees a 1.7% cost-of-living raise in 2019.

Their Board last met in November. Glenn Eckhart, who is the Secretary of the Retirement Board, informs me that at that time, the Board voted unanimously against granting a COLA to Lehigh County retirees. The minutes of this meeting are unavailable until approved by the board.

So the grass may not be greener in Lehigh County after all.

I have also received some documentation about the $3 per hour disparity in wages paid at the two counties. Though the wages may be higher, employees with families tend to lose out on health care benefits. I'll have more detail later this week or Monday.
Posted by Bernie O'Hare at 11/21/2018 12:00:00 AM

Marty Nothstein would have been a rubber stamp for SS and Medicare benefit reductions ala Mitch McConnell and whomever would be the new GOP leadership in the House.

The poor retirees on Lehigh County have been whacked for years and years. They have not seen a COLA in around a decade. Both Democrats and Republicans have hung them out to dry. Who are the employee and retiree reps and why have they not fought for this?

Why be concerned about the old?
They are notoriously unproductive.

When your outgoing exceeds your income,your upkeep becomes your downfall. People drive luxury cars and go to Disneyland. Now ,I’m pretty much a minimalist in anticipation that my pension has no COLA . Before one retires, all debts should have been paid off first. , a budget formed and rate of anticipated tax increases indexed. This absolutely scared the hell out me. School taxes are killing retired people . School boards here have no respect for the tax payers. There are too many tax free entities avoiding property taxes ,yet some have COOs CEOs that are paid more than The President of the United States. I’m not suggesting they aren’t worth it. I’m suggesting that if they need to pay $660,000 salaries then they have substantial wealth and should be contributing to the pool ,Evan if it’s from a management standpoint. I’m certain that most school directors are not as well equipped to deal with day to day affairs as Lehigh Valley Hospital staff or Lehigh University for example.

Marty Nothstein called out this democrat lie during the campaign.

In addition, Marty Nothstein just helped save county taxpayers from a DEMOCRAT plan to raise property taxes. Democrat Executive Phil Armstrong and all three Democrat county commissioners voted FOR raising your taxes, despite the inexperienced Executive admitting that the tax hike was "un-necessary" this year. That tax hike would have also hit those receiving Social Security and Medicare.

In Allentown, democrats are proposing a 25% property tax hike, while committing to un-needed projects like skate parks and overpaying on contracts, including simple demolition contracts. That property tax hike will also hit those on social security and medicare, as well as working families. And that's in addition to democrats DOUBLING the earned income tax on the working people they supposedly care about.

In Washington, it was democrats - not Republicans - who raided Medicare to help try to pay for the failure known as ObamaCare.

So the only ones TRYING to reach into the pockets of seniors locally, and ACTUALLY raiding medicare nationally, seem to be democrats.

Democrat elected officials talk a good game about caring about seniors and working families, but are the first to shove a knife in your back as soon as they can.

Will you please drop the rank partisanship. Discuss the issue.

Cut until it hurts, the trough slopping swine that bleed our tax coffers dry need to be starved systematically into their proper place as servants of the revenue generators.

Armstrong wants to tax the old but will not help the old..

I'm not seeing COLA the main problem for retirees. Rather a point in time should come when oldsters are recognized as having already contributed their fair share in the past.

EXAMPLES:
School taxes- When their own kids been out of school for decades they should be considered to have paid their fair share for educating them. Quite a few never had kids in the first place. For some they've been in the same home and paid more in taxes then they did for the home itself years back.

Healthcare is the greatest expense when seniors need it the most. Based on financial need greater tax forgiveness at all levels of government. The current levels are ridiculous. You'd have to be living in the streets to qualify for most of them. More government provided senior housing at appropriate rent levels that would sustain the program w/o supplemental taxpayer support.

All these and more and there would be no need for COLA's. Working taxpayers nor their own relatives shouldn't have to be relied on if all this was done right. I'd be doing just fine with my Social Security checks otherwise. I suspect those relying on government pensions would as well.

In short-- don't raise the bridge, lower the water.