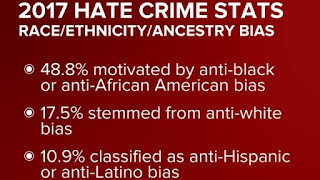 Monday night, I had breakfast for supper at the local diner. I sat at the counter and ordered two poached eggs, dry rye toast, fruit and coffee. Sitting a few seats away from me was a man about my age (Old Fart #1). He was watching TV and slowly getting angry. He was dressed in working man's clothing, and was soon joined by another old fart (Old Fart #2), who ordered chocolate cake.

I was more interested in the very pretty waitress than those guys, but it was apparent that Old Fart #1 was very upset. I kept hearing the word "Trump" and figured that he must be a supporter upset about something the libs are doing. After all, he was an angry old white man like I read about on Facebook and various news stories. .

My Trump-profiling was off. Old Fart #1 actually detested Trump, and was angry about something

Maybe he reads my blog.

Old Fart #1 then began to complain about Israel, saying it can do whatever it wants because it has all the money on the world. Old Fart #2 disagreed

Old Fart #1 insisted he was right and then went on to say that Jews run this country, too. Old Fart #2 disagreed.

Old Fart #1 was loud enough at this point that both I and our pretty waitress could hear him. He had no idea whether she or I were Jews.

Instead of interrupting this conversation, I ate my eggs. Old Fart#2 was doing alright.

Maybe I should have said something. On Tuesday, I learned that the FBI is reporting a 17% rise in hate crimes in 2017. Hate crimes targeting Jews rose 37%.

What's scary about this data is that 91 cities with populations over 100,000 either failed to report any data to the FBI or actually said there was none.

Email ThisBlogThis!Share to TwitterShare to FacebookShare to Pinterest
Labels: prejudice

I like my mutilation. I'm not Jewish. The best boss I ever had was Jewish. I'm now in my 50's so I've seen a few bosses. Just saying. Not lumping and praising or disparaging, one group.

Sadly this is an area where the far left and far right have common ground.

We have to do better.

The hate and violence is much greater on the left, antifa, black lives matter, publicly encouraging violence against police, whether black or white. What about the rise in violence targeting police?

Will you pl are stop turning everything into tribal politics?

Tribal politics is what we have, where are the common goals and values?.

What is the stats on Anti-White !

There is the, "old fart" hate crimes that take the dirt nap before even becoming a statistic. Not to mention there are no statistics even kept by the old fart folks homes.
This said and all type of humans grouped together in old folks home.