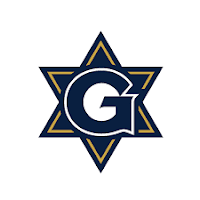 Nat Hyman's daughter Lizzie is a sophomore at Georgetown University. This Jesuit school experienced a 275% increase in hate crimes in 2017. Her thoughtful op-ed in The Hoya is worth sharing.

Just two weeks have passed since a shooter killed 11 people in a Pittsburgh synagogue. While the rest of the world is moving on to the next big story, the Jewish community is still mourning. As a Jewish student at Georgetown University, I have spent these past two weeks attempting to wrap my head around what occurred — but I am still struggling.

While devastating for the entire Jewish community, this hate crime has been particularly difficult for me to cope with. My best friend from high school is the grandson of Alvin Berkun, the former rabbi at the Tree of Life synagogue and a current congregant.

Dressed and ready to walk out the door that morning, Berkun had to take his wife to the hospital after she had a bad fall. That was the first Saturday in 35 years that he missed synagogue.

Every Saturday, Berkun sits in the same seat.

The people in front of him, to his left and to his right were the ones killed.

When I chose to attend a Jesuit school, I knew I would face difficulties because of the small Jewish community on campus. But, to my surprise, the difficult part about being Jewish at Georgetown has not been the lack of representation but rather Georgetown’s failure to address issues that affect different religious communities.

Last year, as I began my four years at Georgetown, vandals drew swastikas in bathroom stalls and on hallway walls across campus. Students and faculty talked and wrote about it, but as soon as the story was told, the incidents became old news. Though it seems like everyone on campus continued with their lives normally, the Jewish community was neither able nor allowed to. We had to be more careful about our surroundings and cope with the fact that many of us did not feel safe at our own university.

In the days following the shooting, I received several text messages from my non-Jewish high school friends telling me that their thoughts were with me, even before they knew that Berkun was affiliated with the synagogue. Yet only one friend at Georgetown reached out to me to see if I was okay, and none came to stand with me at the brief mourning service in Dahlgren Quad.

I am not mad — I know my friends here care about me. However, they do not realize that caring for me extends to caring about issues that affect the Jewish community, even if the events do not directly involve me.

A campus that cares more about the return of a famous alumnus like Bradley Cooper (COL ’98) than a tragic hate crime affecting many members of the community must re-evaluate its priorities. Not only did University President John J. DeGioia fail to attend the mourning service due to a business conflict, but he made no attempt to address the community himself.

When drawings of swastikas and synagogues under attack do not affect your safety, it is easy to push them out of your mind. But some students and faculty on this campus —perhaps your close friends and mentors — fear for their lives. Positive messages chalked in Red Square and Facebook posts are important, but they are not enough.

The Jewish community feels itself under attack yet again, and I now regret all the times I did not speak out for those who could not do so themselves. I urge you not to make the same mistake I did.

Even if Georgetown’s administration does not work to keep students informed, everyone must become more aware, stand by their friends and speak up. It is time for all of us to take initiative about the things that truly matter.
Posted by Bernie O'Hare at 11/15/2018 12:00:00 AM

Email ThisBlogThis!Share to TwitterShare to FacebookShare to Pinterest
Labels: anti-Semitism

I don't know that I agree with her inferences about the appropriate way to react to the shooting, but I recognize and understand her struggle to make sense of an act that no rational human being could possibly make sense of.

We all react differently to events like this, and for different reasons, but I think it's important to remember that the vast majority of people in this country are appalled by what happened in Pittsburgh and the hate behind the act.

No matter how hard you try, I don't think you'll ever eliminate hate or people who do truly evil things. If I could say anything to Lizzie Hyman, I'd just want to let her know that nobody I know has forgotten what happened in Pittsburgh.

This reminds me -- at the Allentown interfaith vigil October 31 at the Jewish Community Center, some 60 faith leaders stood in front, representing "Judaism, Christianity, Islam and Hinduism" (https://www.mcall.com/news/breaking/mc-nws-interfaith-vigil-pittsburgh-synagogue-20181029-story.html). As best I could tell when they introduced themselves, there weren't any from the Catholic Church. Their apparent absence struck me at the time.

I'm sorry the Catholic Church had no presence at the interfaith vigil. I do know Catholics who attended the synagogue that week. I am one of them. Rabbi Davis read from a letter she had received from a Catholic pastor in Easton.


This young woman is learning a hard lesson in life right now - and that is, people have a hard time caring about things that do not directly affect them. I hope this doesn't make her bitter. I hope it fuels her desire to make a difference and to "be the change she wants to see in the world." I also hope she can find it in her heart to forgive people for not knowing enough to care. Her new friends are naive and need patience and compassion and education. Her essay goes a long way towards doing that. I wish her well. Thanks for sharing, Bernie.

I attended the vigil.
Monsignor Murphy and Monsignor Schoendler attended the vigil, but did not speak.
As a Catholic, I was disappointed that not more Parish priests were not in attendance.
Lizzie , we share in your struggle.
Stay strong.

"As best I could tell when they introduced themselves, there weren't any from the Catholic Church. Their apparent absence struck me at the time."


This is where we create divisions where there usually aren't any.

And next thing we're arguing with each other where we don't really have anything to argue about.

It's what we've devolved into, especially over the last decade. As we've become more connected (electronically and information-wise), we've chosen to use that new found connectivity more often to tear apart than to bring together.

I don't want to dwell on the point and take away from the original post, but it's evident there as well. I'm probably not explaining it well, but it seems that we tend to overlook the good that we encounter in our lives, and dwell on what we perceive as slights or insults.

My wife and I were there. I said "as best I could tell" because it was a very big group in attendance, and we were well in the back, so I couldn't say for sure. I was just making an observation, one that occurred to both my wife and I at the time.

But even if there wasn't a single catholic (or Muslim, or other category of) clergy member there, why do we try to extrapolate that into anything?

I do it also, although I'm trying to be more aware of it. I think it's become more common over the last decade, and not to our benefit.

For instance, I think most people, clergy/non-clergy, are against murder and bigotry. So I wouldn't think attendance at such events is an indicator of indifference (or worse) about what happened.

Some people need group events to be re-assured about an issue, and some groups feel they need to make public statements about issues in the news. There's nothing wrong with that. But others people or groups might not feel the same need, or show their concern in different ways. And I don't think there's anything wrong with that either.

I don't think I extrapolated anything. Bernie reported one thing, a student not feeling a lot of support at Georgetown, and I added a second thing that seemed related. But n=2 doesn't prove anything.

Re attending the vigil or not, I think it's symbolic -- 60 clergy from all faiths sends a message. A lot of the participants (clergy and non-clergy) were probably there mainly to show support to Allentown's Jewish community, people who are members of a group that suffers hate and violence just because of their religion. The Pittsburgh massacre was a harsh reminder of that hate and what it can come to. And the data indicate that hate crimes are increasing, especially against Jews. When you're in a minority under threat, hopefully it helps to know that you have plenty of friends and supporters, from other faiths as well as your own.

No one is entirely safe anywhere. If you feel that people are not being what you want them to be, welcome to the adult world. If you want complete and total acceptance of your Faith s well as constant affirmation you need to live in a religious state dedicated to your Faith.

I think this is exactly what it is, a real sophomoric essay.

I don't think its sophomoric to expect people to be tolerant enough not to shoot you. If that's what being an adult is that's pretty sad. I refuse to accept that as the new standard and so should you.