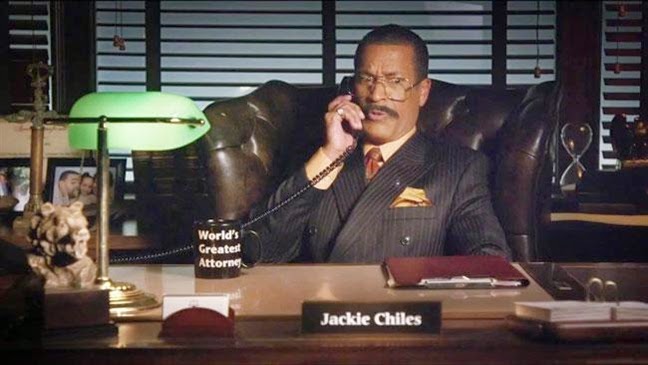 Michael Beyer, son of former State Representative Karen Beyer, will be on the Democratic ballot for the seat his mother held as a Republican four years ago. Beyer has survived a three-pronged nomination challenge attacking nomination petitions, residency and his claim to be a lawyer. In a ruling issued this morning, Judge Renee Cohn Jubelirer rejected the challenge.

David and Linda Eisenhauer, two Democrats who live in the District, filed the challenge. Representing them is Attorney Matt Crosslis, who until recently was Lehigh County Executive, and has vowed to appeal.

Originally, Crosslis' petition argued that petitions were being signed by circulators who did not actually circulate them. He also argued that Beyer was a Pittsburgh resident. But he withdrew those two challenges, leaving him only with the claim that Beyer, a recent law school grad, had somehow misrepresented himself.

Give me a break.

Once Crosslis realized he was unable to mount a successful circulation challenge, this case was pretty much toast. An appeal is a waste of money.

Since no one else is running on the Democratic side, this assures Beyer's nomination.

As a result of redistricting, this seat is no longer competitive for a Democrat candidate. The real question is whether or not Simmons will honor his pledge to only serve 3 terms.

onymous said...
As a result of redistricting, this seat is no longer competitive for a Democrat candidate. The real question is whether or not Simmons will honor his pledge to only serve 3 terms.

Too funny. Why does this comment seem self-serving. Hmmmmm.

I would welcome Rep.Simmons to run for more than three terms. When your options are guys like Beyer....30 years old and unemployed I'll stick with Simmons anyday!

Simmons has proven to be an excellent representative for his people.

Anonymous said...
Simmons has proven to be an excellent representative for his people.

If Simmons wasn't afraid of Beyer. He wouldn't have dredge up one of his High School friends. Parents to challenge, Beyer's Petitions

Simmons is running like Dent: run hard or go home. His challenge has sufficiently damaged his opponent as less than forthcoming while still in the starting blocks. Mission accomplished. He'll be a state senator eventually.

Haha, Simmons pathetic attempt to run unopposed has been defeated, as he will be in November.

Highly doubtful Simmons is afraid of Beyer. He's 3-0 against her (she endorsed all of his opponents after her shellacking in the primary). He probably just doesn't want to deal with her crazy bullshit. Karen has alienated everyone. The R's hate her and TJ Rooney fired her in her lobbying job after 3 months. The D establishment will not be going down with this ship, trust me. I really don't know what she's thinking putting her son out there like this. There really is no shot a Democrat could win this district. She really is a crazy bitch.

Beyer has two chances against Simmons: slim and none.

You Simmons suck-ups are pathetic. I cannot wait to vote for Mr. Beyer. He is a law school graduate and that is enough for me to know that his level of intelligence is light years beyond Simmons'. Someone remind me, what does Justin have a degree in and from where? My dream would be to see these two debate on the ISSUES, which is something that no one on this blog seems too concerned about.

9:09.... Is that you, Karen? First of all, what I find ironic about Michael Beyer running is that every fr. argument Karen Beyer used to challenge JS are the same arguments JS can, and hopefully will, use against her son. Michael has absolutely NO work experience at all. He used to sit in his parent's home in the basement and play video games all day. And, I question this..... why did it take him FOUR years to go through law school? The election in November is a no brainer, but JS should not let his guard down. And, the ultimate question...... what is KB's involvement in this race? Could she be thinking she will help her son win and then run in 2 years???? She hasn't gotten the hint yet that no one likes her. Rs and Ds alike! For ONCE the two parties agree on something..... KB does not belong in politics!

Mike: you'll get my vote if and when you dtop you mommy's involvement. At this point, my vote is on the lesser of two evils. Justin: a wacko tea partier who thinks that Corbett is all that and then some, but he ran an uphill bare bones, door to door, primary race against karen beyer and won, or Michael: a kid with an overbearing helicopter mom who still hasn't leaned to put on his big boy pants, but he did care for his aging grandparents which is very respectable. Really, Saucon Valley? One of these is going to represent us?

"He is a law school graduate and that is enough for me ..."

And another lever-puller is heard from. Half of all lawyers graduated in the bottom half of their graduating classes. Today's colleges accept anyone who can fog a mirror.

If I were a betting man I would lay down serious cash on Simmons.
Why?
- Undeafeated in his political career.
- Debated both Horton and Deely and crushed them both completely.Especially Deely.It was comical.
- Simmons campaign team is unrelenting and has a win it at all cost mentality.Karen Beyer is no match for them.
-Simmons is VERY popular and his consitituent base has grown significantly.
- Simmons beat the Obama machine in the 2012 presidential election.
Deely should have won that election because the Democrats had a 10% registered voter majority. That speaks volumes on the work ethic of Simmons and his campaign team.
- Beyer comes out of the chute branded as a liar. he is not a lawyer but an unemployed college graduate .PATHETIC!
-Beyer must overcome the bad rap his mother left behind.
- The Dems will NOT support Beyer like they did Deely.Dems have spent a small fortune trying to unseat Simmons with no success.
They will not throw lots of cash at a weak candidate like Beyer especially with the growing negative sentiment voters have for the Democrats because of Obama. NO WAY !
- the redistricting ended the dem majority to a slight edge for the Republicans..,..BAD NEWS for Beyer.

Vegas odds will put this race at about 50-1...Thats being fair!
Simmons will beat Beyer by at least 20 %.

Mike: are you done searching for the easter eggs that mommy hid for you this morning? Justin: Are you finished drinking your daily morning Corbett Kool-Aid, er, I mean tea.

To the very few Beyer teet suckers that are still out there, this is very simple:

"left leaning liberal", "moderate conservative". Where would you baggers be without the picture phrase books given you by the Fox Folks?

The only picture I see are MY teabags being dragged across your ugly liberal face.

Beyer has a good chance of beating Simmons in the fall. Look how successful Simmons' bogus petition challenge was!!!

4:36PM, Now are you related to Michael Beyer....is this his mom, his sisters or his father? I'll answer that..... none. You all have nothing to do with politics. Michael is a mamma's boy. When Daddy said he needed to do more with his life than sitting in the basement playing videos at 25, mamma stepped in to protect him. Why do you think he went to law school. Doesn't it take 3 yrs. for a law degree? Why did it take Michael Beyer 4 years? I'd question that one big time if I were Simmons. Was it bad grades? Was it because he partied his life away? Hmmmm, what was it? So, yeah, you are delusional to think he will beat Justin Simmons.

4:36PM - Are you stupid? The district has changed dramatically. The area that Simmons has kept voted for him with 61% in 2012. He lost the city of Allentown which is why it was even close (in a presidential year). The areas he picked up are much more republican than Allentown. I would be shocked if Beyer gets 42% of the vote. You Simmons haters have got to stop being delusional about things and look at facts and numbers. You're chance to end Simmons career was last election. He's unbeatable now and you're stuck with him. Get used to it.