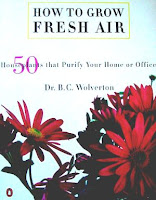 Morning Call: "Re-elect Democrat Ann McHale. We have not agreed with all of the votes Mrs. McHale has made in her current term but she is better informed and better able to represent District 1 on council than is Tom Dietrich, her Republican challenger. Mrs. McHale has been a strong advocate for creation of a regional health department, which will be a priority for the county in the coming year."

Express Times: "In District 1, voters in Bethlehem, Hellertown and Hanover Township should return Democrat Ann McHale to council. She's made a few questionable decisions, including supporting an information-services contract that would have cost an extra $1.8 million without rebidding. But her grasp of insurance matters and record of fighting for the little guy place her ahead of her energetic but inexperienced opponent, Republican Tom Dietrich."

Bill White: "If you live in a district being served by McClure, McHale or Branco -- all of whom are facing opposition for re-election -- write ''$1.8 million'' on a slip of paper and stick it someplace where you'll see it every day."

I agree with Bill.

A fierce advocate for Bethlehem and one of council's hardest-working members, McHale still rejected county exec Stoffa's choice for director of administration after promising her support. Nominee Marto Boulos Gabriel, publicly embarrassed, called McHale a "snake." McHale also imperiously supported a payhike for herself and fellow council members (from $7,000 to $9,500). This was a slap across the face of county workers who went without raises for over three years, suffered layoffs, reductions in health benefits and unhealthy working conditions.

But most disturbing of all, McHale is part of a council cabal that nearly foisted an IT contract on taxpayers that was $1.8 million higher than the contract that Stoffa eventually awarded. Unwilling to admit her mistake, and angry at Stoffa for some goofy reason, she shouted, "Nice guys finish last" at him. She's out to make Stoffa look bad, even if it costs us $1.8 million, so she can be the next county exec.

In contrast to McHale, Hellertown resident Tom Dietrich is a breath of fresh air. He knows he's fighting an uphill battle, and perhaps that's why he chose the Braveheart Pub when I spoke to him recently. For more details, check out his website.

County Council is already too dysfunctional. We don't need the circus that will erupt if McHale uses her position on council to mount a county exec campaign against Stoffa.
Posted by Bernie O'Hare at 11/02/2007 12:49:00 AM

am I missing the post, or are you not posting anything about the DIstrict Judge Race?

I'll be posting tomorrow and will work tomorrow night. Will pick up again Sunday.

Thank you for the Good Words and my first Endorsement.

My first job was a public job. I was employed by the city to clean out abandoned lots. I wasn't allowed to use power tools because of my age, 14, so my weapon of choice was a scythe. I cut down the overgrowth, and fished around picking out garbage, all by hand. These lots were our open spaces. I imagined this past job reminds me of my current opportunity to represent voters in Northampton County, another chance to cut down the overgrow wasteful spending, target garbage (corporate-welfare) programs, and return our resources back to working hard for us.

I've seen wasteful government spending destroy families, directly and indirectly. Directly with broken assistance programs, and poor public employee moral. I was on welfare as a child and spent time in the foster home system, so I saw this for myself. Indirectly by removing valuable dollars from good hard-working families and introducing financial stress. Once again, we need to get the County government off the backs of our taxpayers and working hard for us.

I saw myself as part of the solution.

Thank you again Bernie, for giving this Candidate a voice, and maybe I reached a few listening ears.

What he lacks in eloquence, he more than compensates for with sincerity and a sound political philosophy based on a compelling background. I like this guy. I don't need the polish of Ann McHale. Her upset would be delicious.

Why wasn't I invited to the pub? LOL!

McHale should not be re-elected. Neither the Morning Call or Express-Times seem too comfortable with her. Bill White was right on target, though.

Nice guys can finish last all they want, as long as McHale is not re-elected! With McHale, the entire county will finish last!

Is Mr. Dietrich saying that the public jobs and the welfare he needed in his youth was valuable money that should not have come from the wallets of good hard working people?

Ann M for the little guy. You mean the little guy that hangs out at the Saucon Valley Country Club where she and M.Till toast the good life. Give me a break. Her great new health care plan saved money by shifting more expenses to the emplyees and giving a bogus BC in the door number to oust Colonial. Anyone on top of the issues inside the Courthouse knows that and the numbers prove it. I am sure they will be shown when she runs for Exec.

She will win, but really should not. In the last year, she has grown increasingly obnoxious ass she prepares her run for county exec.

When McHale was on Business Matters, what was her position on Property Reassessment? I heard she was in-favor of it, as is. This True?

I can't honestly answer that question. When the idea was presented to county council, she was mute. I missed the Business Matters sho of which you speak. That's a pretty good show, and I have to try and remember to tune it in.