Political Money in the 133rd: Where's the Sunshine? 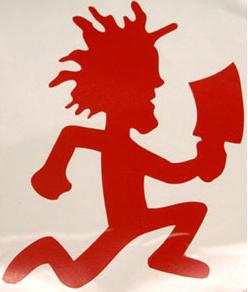 Tony Rybak's at it again. He first brandished his hatchet a few years ago during a televised mayoral debate. Now he's flailing away at former county councilman Joe Brennan in the 133rd state rep. race. Rybak has aimed two mudslinging mailers at Brennan, including one with a photo of Joe behind bars. Chop! The photo's a phony, of course. Whack! Neither mailer tells us that, although a summary offense was once filed against Joe, the charges were actually dismissed. Thud!

Tony must want to stand out. After all, the race is a 4 way free-for-all that also includes Jose Rosado (he's an assistant principal, not the pitcher) and Dennis Pearson (a substitute teacher "sounding forth the trumpet that shall never sound retreat.")

And I think Rybak has succeeded. He's willing to mislead voters and step all over another person to get what he wants. You think we'd get any meaningful reform from this guy? Dream on.

Both The Bethlehem Blog Times and Caseyhasabat have already condemned Tony's campaign tactics, so I don't think he's picked up any votes in the blogosphere. But why did he do it? What prompted Tony, who never took himself that seriously, to adopt suddenly the attitude of a pit bull in an Allentown dogfight?

Ron Angle has a theory. According to the talk-show host, Rybak has hired Precision Marketing, or one of its clones, as his campaign consultant. This firm, owned by Tom Severson, has a reputation for going for the jugular. And it does most of its work for Republicans. So Rybak may have let himself be used to weaken Democratic candidates in the 133rd to make it easier for Republican Dawn Berrigan to win in the Fall.

The best way to find out what's going on is to follow the money, so I went yesterday to the Northampton County voters' registration office to look at candidates' expense reports, which must be filed 2 Fridays before the election. But when I got there, there were no reports at all. State house candidates file their reports in Harrisburg.

Does this mean ROAD TRIP? Not at all. I could get these reports online and from the convenience of my home. So I popped on the web to look at the reports filed by all 4 candidates for the 133rd. But despite repeated requests, the only report that popped up was the one filed for Jose Rosado. I decided to call Harrisburg.

When I got through, I learned that although all 4 candidates filed timely finance reports, elections officials have not had time to put these items on the net. They'll try their best to get the reports online in about a week, which will of course be AFTER the election. This could explain why Pa.'s online access to campaign finance reports gets an F from The Campaign Disclosure Project.

Follow the money? It's not so easy in the land of midnight payraises. I do know that Rosado got almost all of his campaign money from gazillionaires Beall & Marlene Fowler, who seem like nice people very interested in educational projects. Did I mention I have a few educational projects?

If not, then perhaps we can persuade state legislators to tighten campaign finance disclosure laws. Reports, once filed in Harrisburg, should be made immediately available to local voting offices so that they are readily accessible. And for all the histrionics involved in getting a finance report available for on line inspection, I have one word for state elections officials -- scanner. As things stand now, Tony Rybak can hack away, and it's difficult for us to know where he's getting his money or who is running his campaign.
Posted by Bernie O'Hare at 5/11/2006 07:35:00 AM

Anyone else just a little bit concerned that Rosado picks up a $10,000 check from the Fowlers?

Yes - But not from this Fowler