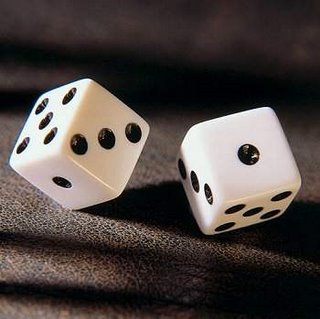 I don't like government interfering with my personal liberties. For that reason, I resent government telling me when and where to gamble, drink, pray, or smoke. On the other hand, gambling never really appealed to me. So I was not among the gaggle waving signs that either supported or opposed gambling in the Lehigh Valley. It doesn't much matter to me. But I'm always bothered me when a government body conducts sham public hearings. And that's what happened yesterday in Allentown's Crowne Plaza. The Board is considering whether to award a casino license in Bethlehem, Allentown, or Limerick. The charade continues today.
Yesterday, only three of the Board's seven members bothered to show up. Members of the public who addressed the Board did so only because they were invited to make a three minute presentation after making an application months ago. Of course, many of the "public" members selected are actually an assortment of local politicians.

One of these local pols, Lamont McClure, is a political hack who was defeated when he ran for Northampton County Council. His political pals managed to get him appointed to the job in a backroom deal that incidentally violated the Sunshine Act. He's one pol who was allowed allowed to speak yesterday. Guess what? He loves gambling

Another local pol, Ron Angle, is a political hack who has twice been elected to Northampton County Council and has a popular radio talk show. Love him or hate him, he's probably the closest thing we have to a populist in the Lehigh Valley. He applied twice to address the Board, but received no invitation. Guess what? He hates gambling. Hmmm.

A board that sends only 3 of its 7 members to a public hearing obviously has no regard for what you think. Don't you think there's something wrong with being required to present a written outline of your presentation in advance? And isn't it strange that it would shun local watchdog Angle and invite local lapdog McClure?

Let's not forget that Pa.'s Gaming Control Board, one of our newest bureaucracies, was formed by our midnight pay-raise legislature. So far, four of its employees have been arrested for charges ranging from homicide to falsifying official background information. This is the group that will regulate casinos. Who's going to regulate them? Do you think they want you watching them? And do you really think this nonelected Board really cares what you think about where it puts its casinos?

Of course the hearings were a sham - did you expect anything else. I am like you in that I could live with or without gambling. If/when it comes I will make a trip over and see what it is all about ... but that will be it. If it brings some good places to eat dinner on a Saturday night, all the better.

The fact that only 3 members of the board decided to show up proves that they really don't care what the people say. In fact, my guess is that they want to hear the negative, but only the real meaningless stuff, so they can say that they have taken the time and effort to "hear the people."

This reminds me of public meetings conducted last year by Joe Lewis, BASD Superintendent, about redisticting in the grade schools. Specifically, parents were mad because their children would be moved from Hanover Elementary (a "blue ribbon school") to one of two other grade schools. Basicaly what Lewis did was sit in front of the corwd and listened to them yell and complain. He gave them all the time they needed to get it out of their system, then a few days later it was decided that the district would move the students as originally proposed.

As Lewis did, the Board will let people talk, as long as it really isn't damaging to their case, and then do what they plan on dong all along. It is pretty obvious to me that the casino will be in Bethlehem and not Allentown based on the extra $8.5mm PennDOT just gave for completion of Rt. 412.

Which leads to a larger question: Why are the taxpayers funding a road program that clearly is designed to help one project and likely unnecessary if that project doesn't happen?

Like you and anonymous, I could care less about gambling (not that I don't buy a few lottery tickets when the Power Ball goes over $100M). That said, I find this situation more than appalling. Not just because they make it so obvious that they could care less about what the public thinks, but they're wasting our tax dollars. Good thing we don't have to cough up money for a pay raise.

True - I don't gamble, drink, smoke, or pray. But I conduct human sacrifices once every week.