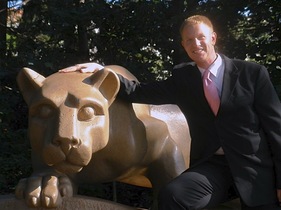 Eric Hahn, Band Director at Bangor Area High School, has been suspended with pay pending an investigation into some of his recent behavior. Since 2010, he has directed the Symphonic Band, Concert Band, Jazz Band, Marching Band, Pep Band and Pit Orchestra. He has both a bachelor's and master's degree in music from Penn State, and holds an Instructional II Certification in Music Education from Pa.'s Department of Education. Since being named Band Director, Bangor Area School District has been named a Best Community for Music Education (2014, 2016, 2017, 2018, 2019) for five of the past six years.

During a recent school trip by the regional band, Hahn is alleged to have visited a student's hotel room to share pizza with three female band members and a female alumnus who currently is a student at Kutztown University. There is no allegation that he engaged in any inappropriate behavior, but this kind of fraternization during a school trip is supposedly a violation of school district policy.

Hahn is considered a mentor to one of the female students with whom he shared pizza. While his behavior might be nothing more than an innocent mistake in judgment, I believe this investigation is appropriate.

Pennsylvania's Department of Education's Professional Standards and Practices Commission prohibits teachers from sexually harassing or engaging in sexual relationships with students, but this is inadequate to stop grooming. Many school districts now also bar teachers from entertaining, socializing or spending extra time with students so they don't forge an unprofessional relationship.
Posted by Bernie O'Hare at 3/03/2020 12:00:00 AM