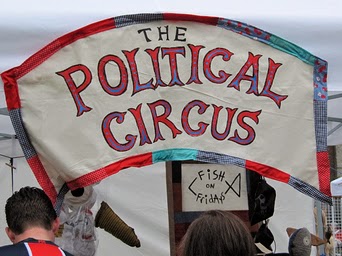 Though it's early, the rumor mill has been in overdrive concerning the Bethlehem City Council races next year. Several sources tell me that three heavyweights are eyeing the seats currently held by Michael Recchiuti, Cathy Reuscher and Willie Reynolds.

I've been unable to confirm whether the rumor is true. But Donchez, Marcincin and Cunningham are well-respected in Bethlehem, and would have to be considered early favorites.

Reuscher, in contrast, is an appointed member of Council, picked to fill the seat held by Mayor Bob Donchez. In a February interview, she told me she was undecided on running for office. It's unclear to me whether she has any real interest in politics.

Recchiutti, who chairs the City's Democrats, is much more political. An attorney, he was first elected in 2011 in his second try for office. He was the lowest successful vote getter. He outdistanced all Republicans by over 1,000 votes, but is in trouble if a prominent Democrat enters the fray.

Willie, who is very popular in his own right, and nearly won the Mayoral race last year, would seem to be the most likely to survive.

Next year's City Council races will almost certainly also draw Jim Gregory, a PFA offender who should be out of state prison by then. He will lose, but will in the process make himself and everyone around him look like a joke.

In recent months, City Council has needed no help from Gregory in looking like a circus. Council member Karen Dolan used her office to attempt to get special concessions at Illick's Mill, where she was the Executive Director. She has become the focus of an Investigating Grand Jury in the biggest scandal I can remember in Bethlehem City Council.

Dolan, along with Reuscher and Adam Waldron, recently demeaned stay-at-home moms by the way they grilled and then rejected Diana Morganelli, the Mayor's pick for a seat on the unpaid Parking Authority. Morganelli is the wife of the District Attorney. Most recently, Council imposed a completely unenforceable hiring freeze on the Donchez administration.

The Cunningham, Donchez and Marcincin names will likely be viewed as a welcome relief to those tired of seeing public office used for personal gain and political mischief.
Posted by Bernie O'Hare at 5/12/2014 12:00:00 AM

Just what Bethlehem needs an aristocracy of names. isn't it bad enough already?

What Bethlehem needs is good government. The current Council is a political circus. The persons I named are no aristocracy. They come from families who understand that public service is more than political agendas, and the people of Bethlehem know this.

3 intelligent adults. Hallelujah! Have to improve on the current slate. Every time they meet there's another mess with this crew.

Politics will change you forever!

What I find interesting about Bethlehem politics is that this is all about a single party. I am guessing that the gentlemen are all D's and have a connection to the mayor or the DA. Bethlehem has shown to be open to Republicans and strong sensible candidates excell. Mayors Smith and Payrow were multi-termers; Otto Ersham served for quite a while... Is the Republican party dead?

Seems like Bob Donchez wants his council that will rubber stamp everything.
Reynolds will be tough to beat. Just raised his profile last year, and came close to winning the mayoral election.
Rechiutti is vulnerable as a first termer, but worked hard both times he ran. He will be formidable.
Reuscher has no chance if she runs.

I have heard Basilio Bonilla and Dave Sanders are also running. Also heard one or two of the applicants for the vacant seat are running.
Highly doubt all these people will run.

John Morganelli is behind all this. He is the person pulling the puppet strings for Bob Donchez. Donchez is the mayor and if he is truly quailfied he should have the smarts not to have John Morganelli pulling his strings. We don't need the city going backwards, it needs to go forward and with younger people on Council it can go forward.

Do9nchez kid on city council, really. How can you even pretend that is kosher.

Basilo Bonilla is a clown who would fit in well in the current constallation.
God help us!

11:42, Tom Donchez is not Bob's son. You have no idea what you are talking about.

9:25, you tell 'em Karen. The last thing Bethlehem needs is a guy who devoted his life to Bethlehem and public safety, and who insists that pesky laws be followed. Besides, he's white and male.

"Seems like Bob Donchez wants his council that will rubber stamp everything."

Wouldn't you? I think he'd settle for grown ups.

This whole thing is a joke. Donchez doesn't make a move without talking to Morganelli and City Council isn't much better with all the petty politics. We need leaders in this City and Country more than ever before and Bethlehem is stuck with this BS.

I'd back Lynn in a heart beat. she has extraordinary talents.

Bernie, you are so full shit your eyes are brown. This whole thing is political. The people of Bethlehem would see right through this charade.
People want checks and balances, not one sided rubber stamping.
John Callahan tried and never was able to get total control of Council, and neither will Bob.

"I'd back Lynn in a heart beat. she has extraordinary talents."

Said no one ever before.

Lynn is lazy and would have been fired years ago if it wasn't for her husbands influence with Iannelli.

I support Bonilla. Diversity is important. It's about time the Latino community had their very own pandering hack.

anon 2:08 now that is funny and true.
The economic development, business and political inbreeding is just fascinating. Do we live in Arkansas?

Bedlam has and will bring this on themselves. their town has always been for sale and run by the plantation crowd.

Now shut up serfs, and vote like the court jester is telling you to!@

Yes, thats our Mayor Bobby D. What did everyone expect? Meth houses blowing up in the neighborhoods and he is worrying about putting his friends wife on a board? If it wasn't happening, it would be funny.

Why not put more Morgannellis, Donchez, Cunningham and Marcincins in power. This is the Duchy of Bethlehem isn't it? We have patronage, Fbomb cabinet members and entitled legislators. Wonder what the common folk do???

Bernie you should find out who will get the "privilege" of watching the fourth of July fireworks form the Mayor's office this year. In Bethlehem it is a tradition that the new Lord of the Manor house has his friends in the peoples house. The people can sit on the bank of the river the filthy things.

I have to laugh when I see these families compared to aristocrats when the truth is that they have been public servants, very much unlike the Queen of Illick's Mill, who really did expect the vulgaris to finance her center.

Like I said, it's time for the grown ups and people interested in making government work, instead of playing games.

Bernie, You have to admit that this could have been avoided. Donchez deserves the right to have someone that he can trust will vote his way on these boards. But Morganelli's wife? LOL.

9:37 Why would BO care. He doesn't live in Bethlehem. If he had a meth house blow up on his street, he would care. This Mayor better get it together and start working on things that matter instead of worrying about a bullshit parking authority appointment.

I have also heard that you speak the truth Mr. O'Hare. I think these three people would be a welcomed relief to the current City Council. Even though its a year away these three have my vote and the vote of a large portion of my neighborhood. How can we get rid of DOLAN tell me PLEASE!

Bethlehem needs more of the same families, yeah more of that please.

Why do you think they call it Bedlam.