Dent & Bennett to Debate at the Slate 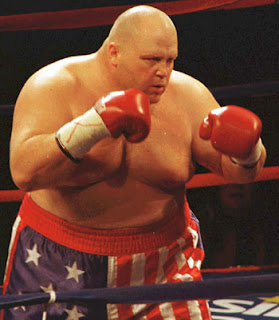 The motto of Pen Argyl Area Concerned Citizens? "Democracy is not a spectator support." Annually, that nonpartisan group proves it by hosting the Lehigh Valley's finest series of debates.

They're doing it again, and will host a candidates' night between Lehigh Valley Congressman Charlie Dent and challenger Sam Bennett on Wednesday, October 15, from 7:00 to 9:30 PM at Pen Argyl Borough Hall (Lookout Fire Hall).
It's a great format. Each candidate is permitted to make a brief opening statement. After that, a three member panel poses challenging questions, followed by inquiries from the public. After we all have our say, candidates are allowed to cross-examine each other.

No one who attends this debate can be accused of ducking tough questions.

If you can only attend one debate, this is the one to visit. This is where I first became a Charlie Dent, realizing how passionate he was in 2006 about our energy crisis. Even back then, he was a forceful advocate for renewable energy sources. Last year, this is the venue in which relative newcomer Steve Barron, a Bethlehemite, did so well against twelve-year controller John Schimmel, who was on his own turf.

In the slate belt, there are only three TV sets, and Ron Angle owns all of them. So people eat and drink local politics. They tend to be informed. Candidates actually appreciate the tough but respectful questions. It's democracy in action.
Posted by Bernie O'Hare at 9/29/2008 12:01:00 AM

Just deleted a personal attack against bennett. I appreciate humor but ask that we not make fun of either candidate on a personal level.

Will this debate be recorded at all, via television or radio, or even Internet?

AJ, No. This debate is strictly for the people who are phyusically present. It's the best one out there, with the possible exception of the debate at the state. I recommend it highly.