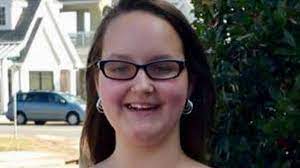 Northampton County's former Human Services Director, Allison Frantz, had nothing but high praise for foster parents. "They do the work of angels," she told County Council in 2017. Incredibly, she made these remarks after a 15-year old girl named Grace Packer was raped, murdered and mutilated by a foster parent who adopted her.

Sara Packer was Grace's foster and adoptive mother. She worked in NorCo's Children, Youth and Families (CYF) between 2003 and 2007. She was actually the adoption supervisor at the time of her termination in 2007. She fostered over 30 children, including a child from NorCo. She's currently serving life and then some for the rape and murder of her adopted daughter.

Northampton County Council and then Exec John Brown stonewalled the press when they had questions about Sara Packer's role with the county.

We now have a different Exec and different County Council.

Council member Ron Heckman, who spent eight years  as NorCo's Director of Human Services, intends to introduce a resolution memorializing "a child who only wanted what all children want - love, security, and a sense of permanence. Instead, she had a life of abandonment, suffering, humiliation and death. All at the hands of those who promised to love but only gave pain ... ."

The election is over Ron, please stop talking

What a damning indictment of county government. You choose to blame one guy, in an expected grunt. But Lamont sat on council, when he bothered to even show up. He's as responsible as anybody. All of county government is crap and always gas been, no matter how many times you wax poetic about great contributions from career trough sloppers. Grace was their victim.

Brown is not responsible. Bernie never said that @7:11 am. Bernie's point is Brown could have been forthcoming with information to help aid the investigation and show Northampton County CYF had no roll in this case and did the right thing and fired the woman who killed Grace, when they discovered her prior deviant behavior. He decided not to do that and that is just wrong.

McClure is the Council member who called on Brown to be accountable. Brown and the then Council refused to be accountable or transparent. I agree CYF did the right think but was muzzled by Brown.

As you can read below, Sara Packer was employed with Northampton County Children and Youth until 2010, not 2007.

I just tried to post this interaction with Sara Packer on Lehigh Valley Ramblings, but the narrative was too long to post on here and bumped it back to me.

You are correct. Sara Packer became an adoption supervisor in 2007, and was let go in 2010.

Sorry your comment did not arrive. You can send in parts if you wish.

The county human services as a whole is responsible for Grace and her death at the hands of a former employee. This was covered up at a much higher level than just CYS of the valley as ABE has and is become like the national trial going on right now.

Why do this now? Why after all this time? What is the point, and it may create some hurt feelings?

God Bless her and council must do this.