The Bethlehem Gadfly Opens For Business 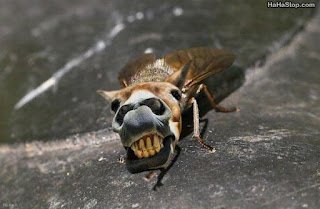 The Bethlehem Gadfly is a new blog just rolled out by Edward J. Gallagher, a Professor Emeritus from Lehigh University. He has certainly hit the ground running, with several entries divided between "serious issues" and "fun stuff." He uses several authors like Dana Grubb and Kim Carrell-Smith. He also invites readers to submit their own stories.

I am happy to see this new blog. Bethlehem has a host of issues, including a proposed parking meter increase, Airbnb controversy, golf course loan, and Banana Factory expansion. Edwards believes his blog is "several cuts above Facebook." He hopes it will "be a place to respectfully share our questions and answers, our dreams and nightmares. Leaders and led alike. Together. Outside the sometimes stilted formality of Town Hall on Church Street. Here every woman and man a Gadfly."

Gadflies are portrayed positively by Gallagher. He even quotes Plato about their many benefits.

Sometimes, I've been called a gadfly, but resent that pejorative. I'm a frickin' horsefly who's always landing on shit! I have no redeeming value, and my bite really, really hurts.

“God has specially appointed me to this city

I read this far and tuned out

“God has specially appointed me to this city

I read this far and tuned out

Great, another outlet for the birkenstock crowd and educated illuminati to tell us how dumb we all are.

“God has specially appointed me to this city"

He is quoting Plato. Those are not his words.

Satan has appointed me, so this evens out.

"Great, another outlet for the birkenstock crowd and educated illuminati to tell us how dumb we all are."

It could be, in which case only the Birkenstocks will be reading it. But it could become something great, especially of thee is a lot of participation. I love the idea.

You cannot maintain public anonymity when posting a comment on The Bethlehem Gadfly.

While I allow anonymous comments, they are often an excuse for trolls to say ugly things.

And you said, "I have no redeeming value"

You give a voice to the nameless, and I think that is virtuous.

What does the picture of West Easton Tricia Mezzacappa have to do with this story?