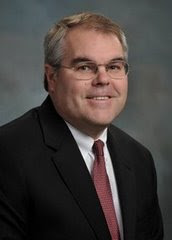 I know very little about Mike, and hope that changes over time. His campaign blog notes that Mann has been so busy running for higher state offices that she's spent little time noticing the gang infiltration and violence that has run rampant through Allentown.

She did help secure a $10,000 state DCED grant for The Parkland Trojan Ice Hockey Club, a program for students who need little state assistance. Other groups, like Allentown's Wall2Wall urban youth organizers, could really use the help. Over two years, this grass roots group has mentored over five hundred children in the area with the Lehigh Valley's highest poverty level.

Is her persistent quest for higher office making it hard for her to serve her constituents? Is it improper for a politician from either party to seek two offices simultaneously, knowing that she can't serve in both? Mike thinks so, and I believe it does encourage career politicians. Here's what he says.

I believe it is important to make voters aware of a unique situation. Jennifer Mann, our current State Representative, is seeking nomination for reelection as State Representative in the 132nd district and is concurrently seeking nomination for Pennsylvania State Treasurer. This marks Jennifer’s third attempt in the last 4 years to gain higher political office – specifically State Auditor in 2004, State Senator in 2005 and now State Treasurer.

As a long time resident of Allentown and now candidate for the PA House of Representatives, I find this business of “hedging your bets” highly objectionable. Representative Mann seeks higher office but wants to use her current job as something to fall back on should she lose her race for nomination as State Treasurer.

Far too often career politicians put their personal career aspirations above the needs of the community and district they represent.

Few would argue that our district’s crime issues and gang infiltration require a clear commitment from someone who will put the needs of Allentown first! I would like the opportunity to serve this district, where my wife and I have lived and worked to raise our children. I believe that if we focus on this ever increasing criminal and gang element, we can all share in a resurgence of Allentown that will offer all the benefits that come from an increased tax base including economic development and lower property taxes.

Together we must demand more from our public officials and we must require their complete dedication to our community. Failure on our part will mean the failure of our community to live up to its full potential.
Posted by Bernie O'Hare at 4/15/2008 12:00:00 AM

In fairness to Mike. There is a double-standard. If the press did not like Mann, they would be screaming bloody murder. However, she is one of the Valley's media darlings and has received a pass on the two position run. I think it is wrong to run for two positions at the same time just to protect your cushy House Seat.
Shame on her, but much more shame on the Morning Crude.

While I agree with the general premise of Mike's press conference, plus I know him and he is a good guy, this is the problem with the Republican Party (and politics in general).

He is pointing out what is wrong with his opponent but where does he stand on the really important issues?

What is Mike's position on the elimination of school property taxes?

What is Mike's position on Rendell's 'HillaryCare in Harrisburg' proposal?

What is Mike's position on lifetime benefits for state politicians?

Jen Mann must not have immediately returned Bernie's phone calls. How dare she ignore the great O'hare!

And this has exactly what to do with the propriety of seeking dual offices?

Angle did it. Don't remember you criticizing him.

Angle did it. Don't remember you criticizing him.

Council sued to force him to pick one of the positions, and he eventually resigned the school board under protest. Ironically, Solicitor Zito later concluded there was nothing improper about a county council member holding another elected office. As a result, branco sat on a borough council and county council simultaneously.

In Mann's case, she's running for two incompatible offices. they are both full time positions and she cannot hold them both simultaneously. She has no intention of holding both.

Props to Mike for raising the issue. Too bad the media doesn't think it is important enough to cover. To Joe: Why should Mike even bother talking about what he believes in? It won't get covered. Mike is going to have to take his campaign door to door and tell people in person why he ought to be elected. You ought to know this Joe, your briefings on Allentown finances never get coverage. I don't see this as a Republican, Democrat or Independent problem - it is a media problem.

Mike is welcome to post his positions here, as is anyone.

In a sense you are correct. However, our briefings on Allentown's finances are beginning to get a look at by people in Harrisburg.....

I have been saying for over a year that until we get scrutiny of Allentown by people/entities outside of the Valley, nothing will happen.

This is why I have been "gone" from city politics since December. It takes a lot of effort and relationship building to get the right people interested and it now seems to be paying off.

But Mike Welsh can still make his positions publicly known.

frankly, don't see much substantive difference between what Ron did and what Mann is doing. any attempt ti distinguish the two seems like splitting hairs. Also, what's the difference (really) between running for two offices, and holding one while running for another?

Let me re-phrase the question here - if you are employed by a private company, and want to go after another job, do you quit job #1 in order to pursue job #2? Do you intend to hold both jobs at the same time?

The obvious answer to both is "of course not!" Why is this any different? There are rules in place to cover resignations from public office (which Ms. Mann would obviously have to do).

There is nothing illegal, immoral or unethical about what she is doing.

anonn 2:32 BS,
It may not be legal but it stinks to high heavan. It smells unethical and that in and of itself will doom her if not in the primary , certainly in the fall. The press can protect her all they want but it won't matter.