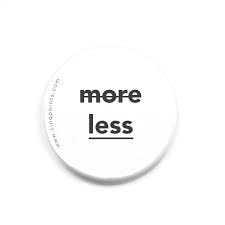 At a time when people are advocating for smaller government with fewer people, Northampton County Council member Bill McGee thinks there should be more. At yesterday's Personnel Committee, he pitched the idea of hiring a "Deputy Clerk" who will be paid about $15,000 more than Executive Secretary Christine Blackford. She's leaving Council for another position with the County, and McGee thinks this is the perfect time to hire a Deputy so that the Deputy and Clerk can be the boss of one person.

McGee said that Council would seek resumes from anyone who might be interested, but this has the stench of cronyism all over it.

In contrast to these veterans of county government, McGee has only been there a year.He said this "Deputy"could do research, something the current Clerk already does for an extremely high salary that is on par with cabinet officials and higher than the amount paid to Executive Lamont McClure.

Here's an idea. Why not let the current Clerk earn her salary?

Here's another idea. Why not hire someone in the Civil Division, or give the low-paid employees there a bump?

Ron Heckman, the current Council President, went into along-winded attempt at justifying this new hire Along the way, he mentioned that his grandparents were farmers, which has nothing to do with anything.

To be fair to McGee, he made clear that he was proposing this as something to consider, but sees no need for an immediate decision.

It's a dumb idea that will only irritate hard-working county employees whose own staffing and salary needs are ignored.

I guess they learned the art of cronyism from your mancrush McClure. The only thing employees are mad about is how he makes sure his friends get big checks and insider hall walkers like Cozze get big dollars to hang out at the courthouse.

This just proves that the County has more money than they know what to do with. How about sharing that wealth with the hardworking and dedicated employees? The Corrections Officers at the Jail are in arbitration with the County now. It would help retain new hires there if the County would give them an incentive to stay. Also, give a decent wage across the board. Neighboring Counties pay far more for a thankless job.

Elections have consequences. We knew what we were getting.

If you are going to raise the salary of the position that Christine now holds, why not raise Christine's salary and keep her and her experience in the position. If I were Christine, I would watch closely what Council is trying to do. Discrimination??????? WHy not upgrade her job description. She already does everything money bags McGee is advocating.

Thanks for addressing! Christine Blackford is/was a Clerical Specialist. Executive Secretary is Sharon Wengryn. That being said all of them are around retirement age. So that office will be hurting at that time (or not) but I'm sure that Heckman feeding from McClure rather JUDAS will have Amy Cozze slotted for that. Corruption at its finest. Thought Council was to OVERSEE not be in bed with the Executive Office. What a joke! Either way, get rid of the RIDICULOUS salary that the Clerk to Council makes. She doesn't do much if anything. Too late to give the Clerical Specialist a raise and you lost a good employee. Look what you are left with.

Heard that he slotted a Donches friend in the Solicitor's office and along with Morganelli's employee who made trouble in his office. How about some info on that new hire. More political payback on the backs of great employees!

You idiots voted for Mc Clown. He’s a piece of shit. Does he even bathe?

@7:26 and 7:27
It sounds like Christine Blackford is blowing her own horn. County council should use extra money to celebrate that she's GONE and Public Works, watch your behinds! She tooted her own horn in DA office AND threw fellow workers under the bus. BEWARE!

You should ask around the office and not get spoon feed from your new best friend. Word is that McClure through his lieutenants have been hounding the new council people to dump their clerk and hire someone new. His choice probably. The new elected people are easy marks to convince. McClure has them tied around his finger.

2:13, very close. I hear Heckman was concerned about plan but people in Admisntration want Zembo out. McClure and gang run the county, county Council is a waste of time.

Entitled Pension collectors sucking their life time benefits from the workers of today will always think the generations hat follows ae over paid. Workers of today could only dream of pensions, buy-outs,severence, or even benefits beyond employement. Dont touch there nest egg but make the next generation pay for their retirment in their 50's.

It's sad that we have to pay Union dues to get a 2% raise that goes to our benefits, more Union dues, pension. That leaves a whole $10 in our check. meanwhile, Becky Bartlett gets paid 55k to walk around with a camera for 40 hours a week?? You have the O&M manager stealing anything that isn't nailed down. Putting personal wants like tools etc on the County P card. You have a secretary with a couch in her office that had cameras put in to see when she has to get up!! made up jobs for friends. The princess in Fiscal gets a 20k bump and they approve it!!!!! Come on people ENOUGH IS ENOUGH!!!PEOPLE NEED TO BE HELD ACCOUNTABLE! How about a fair and decent wage in the year 2019! The legalized thievery has to STOP!! Seems some get rewarded for bad behavior! The registar of Elections raped the County for YEARS and gets rewarded with a different position??!!

Heard that the County Executive has three plus more political paybacks in the Solicitor's office alone while letting the employee go that got hit while working late. Shame on you McClure!

Sad to say that WITH a pension and the medical benefits, some of your salaries are in line.

A dumb idea that will only irritate hard working employees? Cronyism?

Who is feeding you information?

Why not talk to the ladies in the council office and not the Admisntration. They know that McClure, Dertinger and Kraft wanted them fired. Their plan was to get the new demo councilmembers to hire one of their hand picked insiders like Bartlett or Cozze. They could then continue to control the council agenda.
If you want to know what many employees feel resentment about, look into all the cronyism and hall walkers sprinkled around the McClure Crew. If the council members are hinest they will probably tell you the same. Amazing!

To the ladies working for Council. You don't deserve this. You have always been professional and knowledgeable in my interactions with you. This is how they want to treat dedicated employees? To Linda Zembo...hold your head up! The only reason you're being picked on is because you're a strong woman and doing a good job!

O'Hare is only channeling McClure. This would appear to be the business of county council and not McClure or the courts. They have enough patronage to worry about.

11:13 AM "Strong woman" - NOT; she can't handled conflict with her own employees. Why does she keep her door closed all day, every day.

The women working in council offices are at will appointees. They can be fired on the whim of council for no reason. Do you moaners really want to give up your job protections for those jobs? Stop talking so dumb. Mind your own business.

3:56 So are other positions. At least they have high paying jobs.

6:54 AM Not all of them. Sounds like Lamont McClure is on to it.