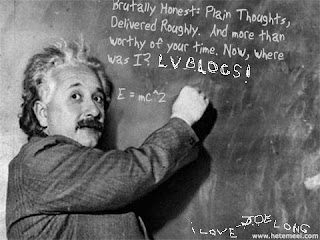 Since the last time I've written about the Lehigh Valley blogosphere, there have been lots of changes. Musings from Mudville, Naked Lehigh County Blogger and Wilkins Times have disappeared. LVDem, trying to adjust to a new job, is on hiatus. But others blogs have risen to take their place.

The Express Times has a new blog - Jim Deegan's Around Town. Until recently, Jim moonlighted as a talk radio host who constantly threatened to streak down Northampton Street. Needless to say, this is a newsman with opinions. For example, he claims the Lehigh Valley Ironpigs logo looks like a "pack of lunchmeat." Deegan is also something of an intellectual. Get this. He's already two-thirds of the way through "Charlotte's Web." Managing editor Deegan joins eclectic and edgy Joe Owens as the second member of the Express Times editorial board with his own blog.
Another interesting new entry is Northern Lehigh Valley Logic, blogged by an unnamed "public official" from Northern Lehigh County. He also happens to be an attorney. He leaves enough clues for you to figure out who he is, so I won't spoil your fun if you want to take a stab at his identity. His latest logical complaint? We don't pay sales tax for water or vitamins, so why do we pay sales tax on vitamin enhanced water? Doesn't 1 + 1 = 2? Hey dude, isn't the whole greater than the sum of its parts? Sometimes 1 + 1 = 3. It's called synergy. I learned that from Jim Deegan.

It's very nice to get a female's perspective. We suffer from a lack of female bloggers. Look Out Lehigh Valley changes that dynamic. She's a young Allentonian who lives in the west end. Her latest post is a complex description of Allentown's attempt to redefine itself, as told from the perspective of a young woman. It's quite powerful.

Another very strong woman is Pissed Off Naked Blogger. In her latest post, she condemns the fraud she sees everywhere, whether it's a local woman who pretends she has Aids, an Attorney General who can't remember what he had for breakfast, or a governor's reform agenda that is widely considered a crock. Frankly, she scares the hell out of me. But she's refreshing and very real.

Another new blog, Silkwerks, was until recently a chronicle of the trials and tribulations of Allentown business owner Pat Gray. He wrote about his favorite topic - himself. He's the dude who went ballistic after being fined for some code violations. He thinks the public owes him a handout. I kid you not! "We have brought jobs to Allentown, we have created vibrance and interest in Allentown, we have done our job. Is there no help so that we may continue? Is there no interest in assisting this kind of project?" Would you like some cheese with your whine?

Silly Silkwerks. If he wants handouts, he needs to contribute to political campaigns. God, everyone knows that! I'm sure Koz King Abe Atiyeh could give him as few "pay to play" pointers ... for a price. Unfortunately, Silkwerks rejects all criticism, not a good quality in a blogger. When someone anonymously suggested that Gray stop calling his community a ghetto, he unleashed an obscenity-laced tirade and stopped allowing anonymous comments. He did a repeat performance when Look Out Lehigh Valley registered a complaint. Now he's changed his name to Nothing-Werks, deleting all previous posts. I've got a better one. Silk-Jerks.
Posted by Bernie O'Hare at 4/06/2007 12:00:00 AM

Like the phoenix, she rises from the ashes and renews herself.

The blogosphere is certainly large enough for all of those blogs... except Deegan's!

He showed up once at a Halloween Party I happened to be at (a very, very long and twisted story)... and he was dressed as "The Devil Incarnate."

I said, "Wow, Jimmy, nice costume! Who are you supposed to be?"

I've also heard from good friends of mine in the Express-Times newsroom that sometimes, when Deegan doesn't comb his hair "just right," you can see the numerals "666" on his scalp.

I know what you're thinking... if the Anti-Christ was going to take the shape of ANY human being on the planet, why wouldn't he choose a MUCH BETTER (less repulsive) shape than Deegan?

I started wearing my Rosary Beads in the shower and I encourage you to do the same... because Deegan is on the loose!

You, naked in the shower with rosary beads, is imagery I don't care to contemplate at this early hour. I have to go now, and claw my eyes out.

Thanks for the mention Bernie O. But that last post from several weeks ago is my last post. I'm even going to start pulling out of KP. Too much in my life. But the bloggers in the LV are in good shape so I'm not worried.

Like no one else has EVER showered with Rosary Beads around their neck!

I even wear my Senate ID in the shower because it just makes me feel safer in case of a terrorist attack!

LVDem, I hope that you can continue to post from time to time, even if it's only once every month. You have great analytical skills and they will be sorely missed. Now if you'll excuse me, Kieklak is crying out from the shower for more roasary beads.

NLVLL and the female LV need to look up the meanng of OCCAM's RAZOR.

Naked's blog is ok but in her last post she was bashing Casey Weirbach--real courageous, that Naked one.

Bernie O' Short-Hares is a loud mouthed punk wind bag who writes a god-awful boring blog. He's a journalistic whore who gets paid to write about other bloggers and then tries to pass it off as some kind of original work. What a douch bag.

Sorry, I meant to say Bernie O'Butt-Hares is a Douche bag not a Douch bag.

Anon 8:02 & 8:04, I want to thank you for the material, too. Maybe this summer, I'll let you take the training wheels off your little bikie!

Name calling, obscenities, etc. That's about what I expected. In truth I don't get paid to blog. That was a joke, moron. But I'll be happy to send you a bill if you wish.

If you want to know why your business is in the tank, look at some of the posts you write. You alienate everyone, whether it's little kids who dare play in your parking lot, police who ask you to identify yourself when you call with your complaints, Allentown public officials, other businessmen, or people who come on your blog with comments. What offended me the most was your obscenity-laced tirade against a 23 yr old woman blogger. If your goal was to intimidate her and bum her out, you succeeded. I read a post on her blog today to that effect. Way to go, asshole.

We need more variety in the blogosphere. We don't need selfish aristocrats like you whose sole goal is the public financing of your cave. You want to unload on some poor young lady? Then be prepared to suffer the consequences. I don't like bullies.

As far as I'm concerned, no one should patronize you or any of the businesses in your establishment. You've got a bad and very selfish attitude.

You may find this blog boring. That's OK. I'm not writing it for you. But it has a very large number of readers, and they seem to have a different view. Actually, it's the most popular blog in this region. I guess we peasants have different tastes than the landed gentry. So I want you to know how much you've helped your business tonight. I'm sure everyone will rush over now.

Like I told you, I bark back. There are some folks you can't push around.

what the hell was that all about?

The silkwerks owner, Pat Gray, started a blog, which I've described in my post. He apparently dislikes my review. What really bothered me was the way he bullied a young lady and some poor anonymous poster who dared question him. I don't like bullies so I called him to account. He responded by deleting all his posts, but continued with the childish rants and vulgarity. He apparently feels that only the landed gentry are qualified to make comments.

He's learning the hard way that you shouldn't get into a pissing match with a skunk.

I don't get it. He's inviting me to come over and then is telling me he doesn't want his business stained by the likes of me or Allentown. But he wants Allentown to give him money. But it's a ghetto, according to Pat Gray.

And Mr. Gray, no one told you off
until you heard from me.

Unfortunately, I don't have to make damaging statements about your business. You seem to be doing that all by yourself. I'm not the one trashing A-town and the LV. I'm not the one disparaging the kids in my neighborhood. I'm not the one complaining about A-town cops who dare ask me to ID myself when I call them w/ a complaint. I didn't start hammering other businessmen. I'm not the one who complained about local public officials. I think you should sue yourself. You'd probably win.

As far as going after me and not caring whether you win or lose because you just want me to bleed, I'd be careful about making statements like that.

I don't retract or delete posts. That's your forte. And I stand by every word I wrote.

Pat Gray needs to take a Xanax! Or Two! Perhaps a certain writer I know could add a slumlord who expects govt handouts for buying run down properties and bleeding them out! -CC

Great post! I added your blog to Lehigh Valley Buzz for more promotion! Keep up the good work! (www.lehighvalleybuzz.com)

The comment from 8:14 was actually mine. I offered the guy some free legal advice on the nature of libel, slander, defamation and actual malice, but then removed it after about 30 seconds because if he wants to be a jerk about legal matters, he should pay for it.