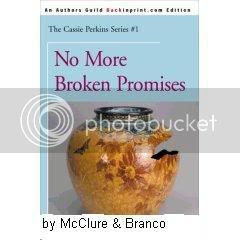 When John Stoffa ran for county exec, he promised voters to raise taxes a half mill (a nickel per $100 in assessment) for open space. On a shoestring budget, he was elected. And last Thursday, he kept his word. That's in stark contrast to most pols, who manage to sit on the fence while keeping both ears to the ground.

Tony Branco and Lamont McClure are perfect examples of pols who say one thing but do something else. Both were appointed to fill vacancies on Northampton County Council early this year. In addition to their appointment, they have something else in common. Neither pays much attention to his promises.
Where, oh where, is Lamont McClure's Child Exploitation Unit?

When he auditioned for council on January 19, McClure claimed he "would like to address the issue of online sexual predators and perhaps create a county child exploitation unit." He explained that the county could hire an investigator and set up the software to nab pedophiles.

Council not only appointed McClure, but gave him the chair of council's law and order committee. In its three meetings, McClure never mentioned a child exploitation unit. He instead initiated an idiotic code of civility designed to muzzle councilmen and even citizens who get too critical. McClure explained "the public has not been getting the message about the good work" being accomplished. And his solution to that problem is to silence dissenters. It's an obvious First Amendment violation.

What's really sad about McClure's broken promise is that the Lehigh Valley has recently seen its fair share of child exploitation. Just a few days ago, an online predator pleaded guilty to having sex behind a church with two underage girls in Upper Nazareth. We read about this every day. But McClure forgot about this problem once he was appointed.

Why Can't Tony Branco Sit Down with Local Municipalities?

In his audience before council, Tony Branco's top priority was having council "sit down with local municipalities to discuss a lot of the problems they are facing. A lot of local zoning plans did not foresee the large influx of growth actually taking place."

Council appointed Branco and gave him the chair of council's intergovernmental committee. But Branco has failed to conduct a single meeting. For three times over the past two years, communities along the Delaware River have been devastated by floods. But Branco's committee is MIA.

Branco and McClure were both rejected by the voters last November and are only on council because they were appointed. They both failed to keep simple promises. They proved the voters right.

Blogger's Note: Italicized quotes are not verbatim but are drawn from approved county council and committee minutes.
Posted by Bernie O'Hare at 12/20/2006 12:07:00 AM

There should most definitely be an intergovernmental affairs committee between the county & the county's municipalities. Shame on Branco for reneging on his audition performance before county council!

The problem with the code of civility is that it is selectivly enforced, mainly against Mr. Angle and at times it prevents need discussions. Sometimes when one is passionate about a subject, one gets emotional, I do not hold that against anyone.

I don't know what to think about county council anymore. Sometimes I think that they have more work than they will ever be able to do and that maybe it is time with a growing population to increase the number of council members. It almoot seems like each muncipalitiy should have its own representive.
I would love to see both Mr. McClure and Mr. Branco show up at a tonwship meeting espcailly to adress the bridge issue.

Being on council or a supervisor is a full time job to do it appropiately. And maybe it is time that we change our thinking. Who on council doesn't have a full-time job? Unless your retired, or wealthy, that is not pratical. There was time that people did this type of civic duty out of obligation to serve, but that was time when the problems and the budgets were more simple.

I agree that Mr. Branco has himself stretched to thin with his current postion in Bucks county

LST, Fortunately, no one on council has really tried to use that obnoxious code of civility, which really is designed to stifle dissent.

Speaking of broken promises, both McClure (through a snazzy press conference) and Charles! promised the Slate Belt they would pull the bond money for the road to Satan-Mart. Guess they forgot that too.

Windgapper, I did not tag them with that one. Dertinger told me that the road was changed so that it no longer goes to Walmart. Is this a misleading statement?

Where else could that road go but to Walmart?

Dertinger claims the road does NOT go to Walmart but to some industrial development and that Walmart would be accessed some other way. I suspect he was playing me, but he is a union guy and unions hate Walmart. Until I can clarify where that road really goes, I'll hold off. Angle repeatedly insists that road still goes to Walmart but I have to see that for myself. I will check this out.

the same road will access the same places - walmart & whatever the industrial site will be. aren't they both pretty much sited for the same place - on the grounds of the old L&NE RR HQ?

Anon 8:09, I had a conversation w/ Dertinger in late July or August and he denied the road will be an access to Walmart. He told me if that road led to a Walmart, he would never vote for it. I need to verify what he said. I'm a title searcher so that should be a snap, but I'm a lazy searcher. I confess I have not done so. So I'm not prepared to defend Dertinger, but I'm also not willing to call him a liar. I'll check it out and write it up. In fact, there's a group of concerned citizens in the slate belt and I'll conmtact them, too.

The proposed Wal-Mart is on the old railroad property.

Here is the proposed retail development, interestingly shown here without the "Industrial Road" behind it:
http://www.nrdc.com/property.php?pid=192

When I hear the road mentioned in the past few months, it is now proposed to only be in Wind Gap and not continue through to the proposed Wal-Mart. If so, it will be the most expensive cul-de-sac in the county!!

I am actually interested to hear what you could dig up about this project. It's been way too quiet in the northern tier lately.

Windgapper, I'll definitely check it out and write it up. I'd like to get the facts right since there are some conflicting statements. You're right. This subject is long overdue.

windgapper's right. somethin's afoul. that industrial road'll be built on one or more of the old LNE RR beds. it'll lead to any & all sites to be developed along the 512 corridor between wind gap & pen argyl. i see telltale signs of preliminary work on 115, just behind cramers in wind gap & on 512, across from the gcs landfill entrance in plainfield township(imagine that).

"Honest plain words best pierce the ear of grief;
And by these badges understand the king.
For your fair sakes have we neglected time,
Play'd foul play with our oaths."

Let us see if Shakespeare is right.