Mark Pinsley Running For Yet Another Office 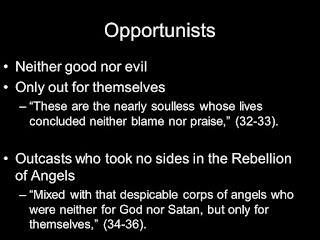 Before the ink was dry on the election results that would make Mark Pinsley a South Whitehall Township Commissioner, he was running for another office. He challenged incumbent State Senator Pat Browne before he even took the oath in South Whitehall. After losing that race, he's now decided to take on Glenn Eckhart for Controller in Lehigh County.

The Controller, established under Lehigh County's Home Rule Charter, exists primarily to follow the money. Is it being spent properly?

In the past, I have tormented Eckhart for his poor spelling and grammar. But he knows how to count, has been an effective Controller and is highly regarded by his contemporaries.

You should introduce him to the new council people in Northampton County. He can go to Zirinski's fundraiser on Wednesday.

Could not agree more Bernie. What turned me off to Pinhead was when he started a GoFund me asking for 10K to run for Commissioner.

Glenn Eckhart sure doesn't know how to count calories!

Perhaps "someone who wants to make things better", or "aspiring politician", or if you want to go more negative the "just looking to make a name for himself" . . . though personally I don't see an issue with any of those labels.

Pinsley nearly won against a powerful incumbent Republican State Senator. That's quite a feat for a newcomer progressive Democrat (yes, I fully realize a lose is a lose, but he defied the odds). Is it that taste of higher power got him hooked -OR- that made him realize he may have a shot at running for a county office? If you have conviction and think your ideas can make things better, you shouldn't just give up at the first failure (insert tidbits about Edison and the lightbulb, etc.!).

Given that campaigning for state senate is expensive, exhausting, and absolutely not fun, I have to assume he thinks he can do better than the incumbent controller and is running for that reason.

Nearly all campaigns cost the (non-incumbent) candidates substantial money from their own pocket, and an insane amount of time. And furthering a career is what we all aspire to (well, most of us) in non-political jobs, so why should it be different for Pinsley or any politician? Or are we now pretending that politics is full of selfless souls?

Though 100% granted: If he doesn't bring anything new to the table, doesn't have any fresh ideas, and just wants another job with a higher title, then I think he should go away. But I think we ought hear him out.

But opportunist? Doesn't that label apply to every politician if you want to label Pinsley as one? You can't run with the opportunity, you should think yourself better than others (at least in ideas, temperament, etc.) to bother to run, and you pounce on available positions as they become available.

Hate the game, not the player.

Pinsley has an MBA, and nearly beat the 'unbeatable' Pat Browne.

He's got county-wide name recognition, has experience and education in the field and is determined to make changes to the status quo in Lehigh County.

Eckhart is a drooling doofus that just wore a confederate army uniform to his civil war themed wedding and who doesn't have the education or competence necessary to truly serve in the office.

Bernie, I'd suggest you stop talking every piece of worthless filth that drips from Celeste Dee's mouth as gospel. That's the real corrupt opportunist in Lehigh County.

No article on R.Kelly ?.

If you disagree with Glenn's performance by all means don't support him. However, there's no question that Glenn was dressed as a Union Officer in his civil war themed wedding. So let's not get dramatic.

If you want to get technical about the education "requirement" (there isn't one). The office must have two CPA's. Regardless of the level of education, neither Pinsley nor Eckhart are CPA's to my knowledge.

Additionally, the race for the 16th Senate District was close because of national trends not because Pinsley accomplished any great feat. Allentown turnout was incredible, and Susan Wild likely had more to do with the closeness of the Browne race than Pinsley.

If I were a South Whitehall tax payer I would be less than impressed with the effort Mark Pinsley has put into his public service.

The very second that Glenn's detractors jumped into the gutter they portrayed themselves as foolish. Bernie's post aside, instead of attacking the incumbent how about being truthful concerning your candidate and addressing the shortcomings? When you can't say anything good about your candidate, it is all too easy to demean the opponent. Pinsley has yet to show competence as a South Whitehall elected. It is not hard to see him as a perennial candidate for whatever rung on the political ladder is available. I don't see how producing skin cream prepares one for elected service, unless you are planning to use it as a lube. Pinsley would have been better served to wait until 2021 and run in District two for Percy Dougherty's commissioner seat, as he may retire then.

Glenn had confederate officers all over his wedding. Furthermore, as Glenn knows, many Calvary officers wore dark blue uniforms until late into the war. While most lay people aren't aware of that fact, buffs like myself are.

Glenn was counting on your ignorance to hide the fact that he and his best man were wearing the uniform of the confederacy. That's ridiculous, but hardly offensive, because a look at his lumpy misshapen face puts the lie to the idea that he represents the master race.

As for Pinsley, his performance against a 30 year incumbent politician while being outspent 10 to 1 was very impressive. Here on this blog, Bernie predicted that Pinsley would 'get his ass-kicked'. Far from it, he nearly defeated Browne even with hundreds of thousands of dollars spent on totally false attacks.

The only reason Browne escaped was gerrymandering and everyone knows it. This will be his last term which is a good thing because the Republicans are about to lose the majority in the Senate, and he'll fuck off to Billings Montana with JB to start another taxpayer funded NIZ.

"Here on this blog, Bernie predicted that Pinsley would 'get his ass-kicked'. Far from it, he nearly defeated Browne even with hundreds of thousands of dollars spent on totally false attacks."

Very true. Pinsley fought a hard race, and I can tell you he also fought against the Democratic Party itself. Had the Party listened, he very likely would have won.

Getting a foothold in politics is incredibly difficult, unless you either are born into a legacy or have the luck of some very powerful connections. It really is sad.

If you want to make the world a better place by serving in elected government office, as a newcomer you generally have to either continually run, and run, and run (and get mocked for that) or become a viral sensation to get underserved attention (ok, thats a vast oversimplification but you get it).

We pretend we dislike incumbents and want change, but incumbents have a far easier campaign task. Newcomers have to work every angle, and they certainly risk being called opportunists or worse.