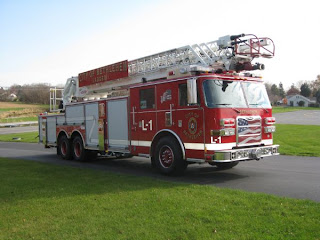 If you take a gander at his Congressional web page, you'll see Bethlehem Mayor John Callahan brag that he's balanced six budgets. But Bethlehem's annual outside audit, conducted by an independent certified public accountant, will reportedly tell a different story. According to several sources, it reveals an $8 million 2009 budget gap. This is supposedly due to revenue shortfalls.
This audit, which is in draft form and is still unavailable for public inspection, will be the main event at the next meeting of City Council's Finance Committee on August 11.

So if the City was $8 million in the red in 2009, how was it able to meet payroll and other operating expenses? By robbing Peter to pay Paul. Let me explain.

Last year, to meet everyday expenses, the City borrowed from something called the non-utility capital account, a fund of about $5.5 million in borrowed money, set aside for capital purchases and improvements. But dipping into that account rendered the City incapable of paying for items vital to public health and safety.

A perfect illustration is a new, 105', aerial fire ladder truck. It was purchased from Glick Fire Equipment Company in October of last year, just in time for Fire Prevention Week. Purchase price? Around $750,000, and $250,000 of that sum was paid immediately in CDBG money. The rest was supposed to come from that non-utility capital account. But because Bethlehem had dipped into that account for operating expenses, the firetruck sat. Firefighters were unable to even train on it, much less put it into use.

When complaints were voiced to City Council, the Fire Commissioner first tried to claim that the truck was not delivered until late November. An Express Times news account, published the previous month, disproves that contention. It actually includes a photo of the new truck.

Then the Fire Commissioner claimed to be waiting for some part, which was news to Glick.

Bethlehem did finally pay for the new firetruck, but not until January, when the casino money came in.

Another example of robbing Peter to pay Paul occurred with a $170,000 ambulance. It was ready in October, but since the non-utility capital fund was being used to pay everyday expenses, it sat unused until April.

Not only is this bad accounting, but it exposes Bethlehem citizens unnecessarily. I'm assuming that the City actually needed that firetruck and ambulance, which do save lives. Their absence could easily have resulted in one more building or life being lost.

When City Council's Finance Committee meets on August 11, they'll be doing more than reviewing a bad audit. They'll also be reviewing a Callahan request to borrow another $6.6 million for that non-utility capital account. Aware that Callahan has been misusing this money for operating expenses, City Council will try to impose tighter controls on just where that money goes.
Posted by Bernie O'Hare at 8/05/2010 01:00:00 AM

JC will fit snugly in DC. no wonder they want him

And the alternative is to not pay the employees nor protect city residents in time of need?

Do you think Bethlehem invented this creative funding / financing?

No. The alternative is to present a balanced budget in the first place. Also, dippinginto the fund for safety equipment actually imperiled public safety and did not protect the citizens.

the special use 911 funds are being raided also until the state comes knocking for accountability on why they were used for budget balancing.

I do not condone this policy but history will show that sisnce 1917 Bethlehem has practiced this "creative" book keeping. It used to be "call Bethlehem Steel", and since at least Cunningham, it has been raid the Authorities such as housing, water, parking.

The mayor and his people need to be made aware that this is folly and that it is wrong. Mayor Callahan is well-versed in being fiscally unaware or indifferent because he knows that he can raid other accounts and even agencies. The Authorities mentioned were set up as separate entities from the city expressly so that they could be politics-proof, but as shown, without a watchdog, it's business as usual.

While you mention an independent auditor will investigate, isn't it the job of the city's regular auditor to reveal any budget issues.


"This audit, which is in draft form and is still unavailable for public inspection, will be the main event at the next meeting of City Council's Finance Committee on August 11."

If Lehigh County's D's think they at whim can push aside an outstanding voter-selected African American candidate, they may open a hornets nest of bad publicity. Are they really ready for that?

But, the real problem is the source of all this info is someone in cityhall who has a responsibility to bring these financial matters to the attention of the controller, auditor, city council and any regulatory agency. Instead, for no known reason, this source chooses Bernie O'hare.

"this is supposedly due to revenue shortfalls"

Yes, in fact it is due to revenue shortfalls. Because there is a global recession, there are many fewer people working, which means fewer people paying taxes.

The idea that, during the good times, local governments should run austerity budgets in case of once-every-80-year crises is absurd.

Unlike the federal government, state and local governments can't run a deficit. But they can get creative about borrowing from other pots of money while riding out the turmoil. The alternative is, as you say "presenting a balanced budget", i.e. slashing spending past the fat down to the bone, which would contract the economy at a time when we need to expand it.

Bethlehem is lucky to have other options, and it's good they're using them.

Cutting government spending will contract the economy? Be serious. This is the same mindset that condones budgetary shell games to mask profound fiscal problems, then, suggests leaving the tab for future Bethlemites.

Housing stimulus caused our problems. Any more stimulus and deficit spending schemes from economics powerhouses like this and we'll never recover.

Bernie,
Happened to come across the following. Instantly thought of you.

POLITICO.COM
Not only is the blogosphere changing how voters consume information, it’s also creating new jobs in politics, policy and online communications consulting. Although there is still no formal job description for “blogger relations” staffers, these part communications, part research, part online political organizing specialists are a growing industry in the political world.

“It’s becoming as common to have someone managing communications with bloggers as it was to have a press secretary 10 years ago,” said Patrick Hynes, founder and president of Hynes Communications, a social media public affairs agency.

Dent has used this blog well, although the excuses to avoid debating Towne seem to have backfired at this point.

Seems pretty good to me. Not as bad as other cities.

It's pretty good to risk the publc safety so you can meet operating expenses, eh?

"Yes, in fact it is due to revenue shortfalls. Because there is a global recession, there are many fewer people working, which means fewer people paying taxes."

Bethlehem, Allentown and other cities are supposed to have rainy day funds for precisely this type of problem. That way they would not have to dip into a fund of borrowed money that was suppposed to pay for a firetruck. This is bad government.

"Dent has used this blog well,"

Actually, neither Dent nor anyone from his campaign has anything to do with this story. I learned about it indepedently.

"the real problem is the source of all this info is someone in cityhall who has a responsibility to bring these financial matters to the attention of the controller, auditor, city council and any regulatory agency."

City Council members are well aware of these problems, and have been for some time. You might recall that Belinski had asked the Solicitor to look into Council's options. Council ws very uset about diping into the escrow fund.

The controller should be aware of this problem, too.

Perhpas the hope is that shedding a publc light on the problem will bring these bad practices to an end.

It can be. I highly recommend it. When we chronicle what has happened, we never capture what really is going on. Sometimes there are four or five stories going on at the same time.

" isn't it the job of the city's regular auditor to reveal any budget issues."

Yes, the Controller should be on top of this.

most of council is nothing but a rubber stamp.

richard will take the blame again

employees get screwed over salary as absentee mayor keeps his paycheck while he runs for congress. run johnny run so u can avoid owning up to your 5 years of failure. sounds just like your boy cunningham, only worse. in the mean time villinis are ruling city hall