A Christmas Present From Kurt Vonnegut 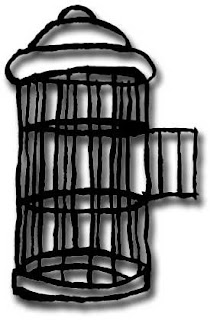 A biographer has asked me for information concerning the friendship between my father and author Kurt Vonnegut. My brother, a pack rat, produced a letter that Vonnegut wrote to his own family, not long after he and my dad were released from a POW camp at the end of WWII. In many ways, this three-page letter is his first draft of Slaughterhouse Five. Vonnegut sent my family a copy of that letter, apparently as a Christmas present, in 1996.

Bewildered that he has somehow survived, the young Vonnegut tells his folks, "I've too damned much to say, the rest will have to wait." Fortunately for us, he got around to it.

This letter is too important to sit in a dusty attic, so I'm sharing it with you. If you'd like to see a pdf copy, just click this link.

I'm told that you were probably never informed that I was any­thing other than "missing in action." Chances are that you also failed to receive any of the letters I wrote from Germany. That leaves me a lot of explaining to do - in precis: I've been a prisoner of war since December 19th, 1944, when our division was cut to ribbons by Hitler's last desperate thrust through Luxemburg and Belgium. Seven Fanatical Panzer Divisions hit us and cut us off from the rest of Hodges' First Army. The other American Divisions on our flanks managed to pull out We were obliged to stay and fight. Bayonets aren't much good against tanks: Our ammunition, food and medical supplies gave out and our casualties out-numbered those who could still fight - so we gave up. The 106th got a Presidential Citation and some British Decoration from Mont­gomery for it, I'm told, but I'll be damned if it was worth it. I was one of the few who weren't wounded. For that much thank God.

Well, the supermen marched us, without food, water or sleep to Limberg, a distance of about sixty miles, I think, where we were loaded and locked up, sixty men to each small, unventilated, un-heated box car. There were no sanitary accommodations - the floors were covered with fresh cow dung. There wasn't room for all of us to lie down. Half slept while the other half stood. We spent several days, including Christmas, on that Limberg siding. On Christmas eve the Royal Air Force bombed and strafed our unmarked train. They killed about one-hundred-and-fifty of us. We got a little water Christmas Day and moved slowly across Germany to a large P.O.W. Camp in Muhlburg, South of Berlin. We were released from the box cars on New Year's Day. The Germans herded us through scalding delousing showers. Many men died from shock in the showers after ten days of starvation, thirst and exposure. But I didn't.

Under the Geneva Convention, Officers and Non-commissioned Officers are not obliged to work when taken prisoner. I am, as you know, a Private. One-hundred-and-fifty such minor beings were shipped to a Dresden work camp on January 10th. I was their leader by virtue of the little German I spoke. It was our misfortune to have sadistic and fanatical guards. We were refused medical atten­tion and clothing: We wore given long hours at extremely hard labor. Our food ration was two-hundred-and-fifty grams of black bread and one pint of unseasoned potato soup each day. After desperately trying to improve our situation for two months and having been met with bland smiles I told the guards just what I was going to do to them when the Russians came. They beat me up a little. I was fired as group leader. Beatings were very small time: - one boy starved to death and the SS Troops shot two for stealing food.

On about February 14th the Americans came over, followed by the R.A.F. their combined labors killed 250,000 people in twenty-four hours and destroyed all of Dresden - possibly the world's most beautiful city. But not me.

After that we were put to work carrying corpses from Air-Raid shelters; women, children, old men; dead from concussion, fire or suffocation. Civilians cursed us and threw rocks as we carried bodies to huge funeral pyres in the city.

When General Patton took Leipzig we were evacuated on foot to [...] the Checkoslovakian border. There we remained until the war ended. Our guards deserted us. On that happy day the Russians were intent on mopping up isolated outlaw resistance in our sector. Their planes (P-39's) strafed and bombed us, killing fourteen, but not me.

Eight of us stole a team and wagon. We traveled and looted our way-through Sudetenland and Saxony for eight days, living like kings. The Russians are crazy about Americans. The Russians picked us up in Dresden. We rode from there to the American lines at Halle in Lend-Lease Ford trucks. We've since been flown to Le Havre.

I'm writing from a Red Cross Club in the Le Havre P.O.W. Repat­riation Camp. I'm being wonderfully well fed and entertained. The state-bound ships are jammed, naturally, so I'll have to be patient. I hope to be home in a month. Once home I'll be given twenty-one days recuperation at Atterbury, about $600 back pay and - get this - sixty (60) days furlough!

Thanks for sharing the letter. Interesting. Happy holidays.

Wow, thanks for sharing that with. His writing all of that, in precis, under the circumstances he just survived, is incredible.

bernie, it's easy to put the emphasis on the famous person like vonnegut, but clearly he was indebted to your father for all his christmas' which followed.

I did not know as much about the hardship that Vonnegut and my dad suffered until this weekend, when I read that letter for the first time. I knew they were hungry and obviously knew about the fire-bombing of Dresden, but my dad didn't say much about it.

Mike, They were probably indebted to each other.

Wow. Thanks for sharing a real gem.

Thanks, Bernie. That is outstanding.

Hi Bernard, It's Theresa. I have a copy of that letter too. Did you get the other letter from G. Mueller that I translated? You should show up for Christmas at my house or Ellen's!!!
Theresa

Okay Bernard,
It would be good to see you. Pat and John will be in this Christmas.
Theresa

Thank you for sharing and Merry Christmas.

As always, thank you for sharing these stories. Hope you have a great Christmas!

Enjoy these. Thanks for sharing them.

Making me want to read the book!

The Greatest Generation - no doubt!

An example of utmost courage and stamina.

Golly and many of our young need safe rooms and warnings that uncomfortable material might be in a college classroom assignment reading. And I didn't notice mention of hot chocolate and cuddly dogs for these young soldiers. Bernie do you think many of our pampered princes and princesses would allow this letter in their college lectures? Good reading for all of us. Thank you for helping to ground me with these letters.

Too many people in this country never knew how bad that war was . 17. 5 million people from the U.S. served in uniform at some period during the WW ll . More aircrew personal were killed than any other group by MOS. They were indeed the “Greatest Generation “.

I re-read Breakfast of Champions over the weekend. Vonnegut name checks an O'Hare paint company in Hellertown, PA on page 213. Pretty cool thing to do.