Thode on Walkability in Bethlehem 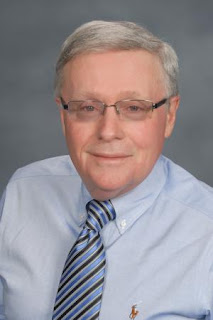 Last week, I told you municipalities really need to be more concerned about walkability because of the sharp increase in pedestrian deaths. Dr. Stephen F. Thode makes the mistake of sharing his thoughts with me. He recently retired as director of the Murray H. Goodman Center for Real Estate Studies at Lehigh Univesity, He was also a Bethlehem City Planning Commissioner.

In my story, I complimented Dr. Paige Van Wirt for her emphasis on walkability. But Dr. Thode wonders. Here's why.

Several factors mitigate against increased "walkability" in Bethlehem. Let's walk through them:

2) A paucity of mass transportation AND a paucity of resident services in the urban cores, i.e., supermarkets, medical services, shopping, entertainment, etc. resulting in

3) The automobile becoming the default mode of transportation for all residents who can afford a car (or know someone who can drive them around).

Bethlehem will not become more "walkable" unless:

a) The urban cores become much more densely populated by residents as well as office, retail and shopping venues which will only occur if

b) A substantial number of high-rise apartment buildings and office buildings (with first-floor retail) are developed in the urban cores, and;

c) Mass transportation becomes frequent enough and broad enough to be a viable option for people to take to and from the urban cores.

Since Councilperson Van Wirt is on record opposing high rise development of any kind in the urban cores of Bethlehem, good luck with that.

She is a fake issue politician, no real substance, just hysteria along with her pal on City Council, time for a change.

She drives around in her $90,000 White Range Rover and lives in a mansion in the Historic District! She just moved here and wants to tell the residents of Bethlehem what to do with our City from high a top her Historic home!

Time for Thode to be investigated for anything and everything.

Only big, bloated government run by trustworthy Democrats just like Van Wirt will do.

Thode is stuck in the last century, although you can't tell by that extremely out of date picture you posted. Dr. Wirt is not against high-rises, she's in favor of compliance with laws intended to prevent high-rises in historic districts, and she believes in something called urban scale. You don't need her to tell you why we need walkability in Bethlehem, you can get it from the report written by the world's leading expert on walkability (Jeff Speck), who mayor John Callahan hired to tell us how to make the city more walkable. Of course, in a city sold out to developers, it's no surprise people listen to the guy who runs a real estate program rather than actual urban planners.

Wasn't Thode a urban planner and on the City of Bethlehem Planning Commission for years?

It is unfortunate that many people are prone to adopt an "either or" position on matters like this and choose to attack those who disagree with their point of view. Both Thode and Van Wirt offer valid observations that can be simultaneously applicable to a small city like Bethlehem. Public policy should indeed encourage some degree of walk-ability in Bethlehem but Thode is also correct that lack of density in Bethlehem will preclude the short run economic viability of ultra convenient public transportation or convenience retail dependent on very large numbers of residents living in close walking proximity to that retail. Distant locations of employment and commerce are an additional major factor in this. The benefits of Bethlehem's historic district and nearby low to moderate density residential housing areas are assets to the community that should not be destroyed by purposely encouraging the development of large scale ultra dense uses that overwhelm the positive factors that in fact make Bethlehem the attractive city that it is. Bethlehem thrives as a small to medium size city located in the larger but not densely urban Lehigh Valley metropolitan area. Many of Paige Van Wirts ideas can be adapted and well used in this less dense environment but Steve Thodes objective observations are also valid in terms of transportation and economics. Although I expect patterns of automobile ownership, energy sources and engineering to change greatly over the next decade, Bethlehem and the Lehigh Valley land usage patterns are not going to change as quickly and force Bethlehem to become something completely different from what it currently is, and what many people living here prefer.

If Van Wirt doesn't like Bethlehem tell her to move back to Virginia where she just came from. She moves here and then starts to criticize the City that just rebuilt it self from a economic collapse.

Thode is an intelligent and thoughtful gentleman. He was a great member of the city planning commission. He gets that there can be historical preservation and development that make Bethlehem better. Tall buildings are not evil!

I've known Dr. Thode for years. He is very bright when it comes to urban planning and walkability studies. He is completely correct that you can't have walkability without density. Look at the most walkable cities in the U.S. NYC and Boston. At the same time you can't have density without parking garages (preferably with ground/sidewalk level retail). The one thing you can't have is flat parking lots that break up the continuous flow of shops and restaurants.

9:44 has got to be Van Wirt. I've heard her make that "either or" comment before. Very Defensive!

You know who is also a city planning commissioner? I guy who owns a cement company and an athletic coach. Dr. Wirt has an actual degree and experience in planning. What are Thode's degrees in? I agree his points are perfectly reasonable, but I think this column misrepresents Dr. Wirt's views and personally attacks her for driving a car when that's the only way to get what you need in this valley; especially if you run a business and can treat patients while drowning in sweat from your bike-ride to work.

Even without public transportation, there's a lot that can be done to improve walkability. The column sets up a strawman argument and attributes it to Dr. Wirt. I'm pretty convinced Dr. Wirt would smoke Thode in a debate if there was a substantive disagreement, but I'd rather see her debate the people running against her or council.

Do any of these people that advocate these multimodal grants even get out and walk the communities of reciepient? Than there is the million dollar question as to if the monies are solely used for the venue that got the grips on the cash?

You are not allowed to call her Dr. Wirt, Paige , or Councilwoman. She wants to be addressed as only Dr. Van Wirt! Not kidding!

Some call me the Doctor of Love because I speak of its pompitousness. You can call me Maurice, though.

"Dr. Wirt would smoke Thode in a debate"

The same way that Hillary Clinton smoked Donald Trump in the 2016 Presidential debates?

Year Of The Woman, all the way.

In opinion polls of likely voters, Hillary Clinton was considered to have won all three debates with Trump, so I'm not sure that analogy is really the one you want to use. Of course, Trump supporters may think whoever is best at stalking the other candidate wins. I seriously doubt Thode would engage in such foolishness.

Yep, long winded by rose that can hold there breath to catch a load with there seeing eyes off!

Anyone who thinks that Paige only wants to be addressed as Dr. Van Wirt should try talking to her or just watching her talk to people at city council meetings. I go all the time and think the effort to paint her as some snob is hilarious precisely because it is so absurd. Even Bernie can probably vouch for her being a very down to earth and accessible person.

It's obvious she has pissed off a few people on council who are used to being able to pull the wool over everyone's eyes. And her unwillingness to get in line behind whatever developer is making campaign contributions has probably put a target on her back. But attacking the person who is standing up to the bully just makes the attacker look like another pawn in Bethlehem politics for anyone who cares enough to see what is going on.

Is there something wrong with demanding that people call you by your name?

This has got to be one of them dem purposed bills that requires men to report to police when there testicles release sperm! It is one of the many collejitt bills pandered to America's children as progress that coincides the baby killing law introduced by the dummied down dems.

I would vote that some current diversionist dems be put to death like the babbies they are condemning!

6:09 and 6:25 The good Dr. is part of a 7 member Council. They are all equal. They should all be addressed as Councilwoman or Councilman.

Sorry, I can’t deal with you right this minute,I just got out of dwelling surgery and I’m groggy. They were great here at CH surgical,they took out my third testicular member and evan tighten the screws to the plate in my head . So forgive me ,tonight .

this blog looks just like the Inquirer Comments sections.

The same way that Hillary Clinton smoked Donald Trump in the 2016 Presidential debates?

It was pretty clear she did. She spoke of thoughtful positions on foreign and domestic policy. Trump spoke like a baboon.

I was worried that you were not up on the web Monday before 04:00 read this that is send - your depleted posts on here at 16:00 hrs are indications that my influence is working positively. I am personally conserned about our J. - Now I m not an intill guy ,I only was on a nuclear weapons detail that vetted everything.—infact I once sat on a stainless steel 40 mT bomb and have photo — so , keep the faith. I’m up and ready now after they rescrewed my plate in my head ,it’s all reattached now. Get it? Bernie? You the Man !